SEOUL, June 21 (Yonhap) -- Major landmarks in Seoul will be illuminated in violet, the signature color of the sensational K-pop band BTS, over the weekend to celebrate the band's concerts in its home country.

The city will light up two major bridges -- Hannam Bridge and Dongho Bridge -- that link southern Seoul to central Seoul over the Han River in purple from Friday evening to Sunday night, as well as two of the city's tallest edifices -- N Seoul Tower in central Seoul and the Lotte World Tower in southeastern Seoul. 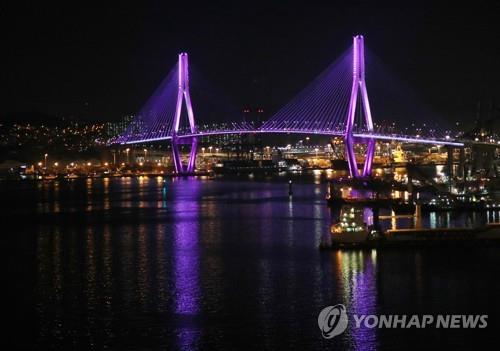 Seoullo 7017, the highway garden near Seoul Station in the heart of the city, will also be illuminated in violet as part of Seoul's gestures to welcome BTS fans, known as ARMY, to the city, according to the city government.

The septet is scheduled to hold the Seoul leg of its "5th Muster [Magic Shop]" fan meeting and concert tour on Saturday and Sunday in the Olympic Gymnastics Arena in southeastern Seoul.

Last weekend, the band dazzled a total of 45,000 fans on the Busan leg of "Magic Shop."

Busan celebrated its first live BTS-only event by adorning Gwangan Bridge in the heart of Busan and other landmarks with purple light, a form of celebration initiated at New York's Empire State Building while BTS was visiting the American city in May. 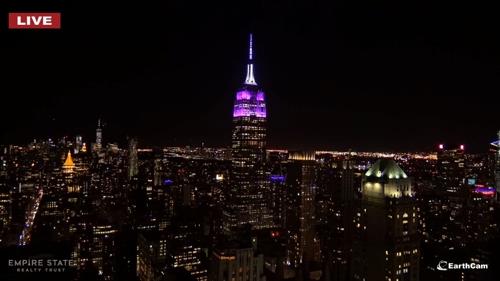 During the weekend, Seoul will also air welcoming messages to ARMY on big TV screens atop buildings across the capital and put up banners to welcome the concerts by BTS, which is currently an honorary ambassador for Seoul.

The city will expand the operating hours of Seoul Metropolitan Subway Line 9 and buses passing through the concert venue by one hour to help the fans travel back home after the performances on Saturday and Sunday.

BTS returned to Seoul to a hero's welcome earlier in the month following their globally acclaimed concerts at London's Wembley Stadium and the Stade de France near Paris in early June. 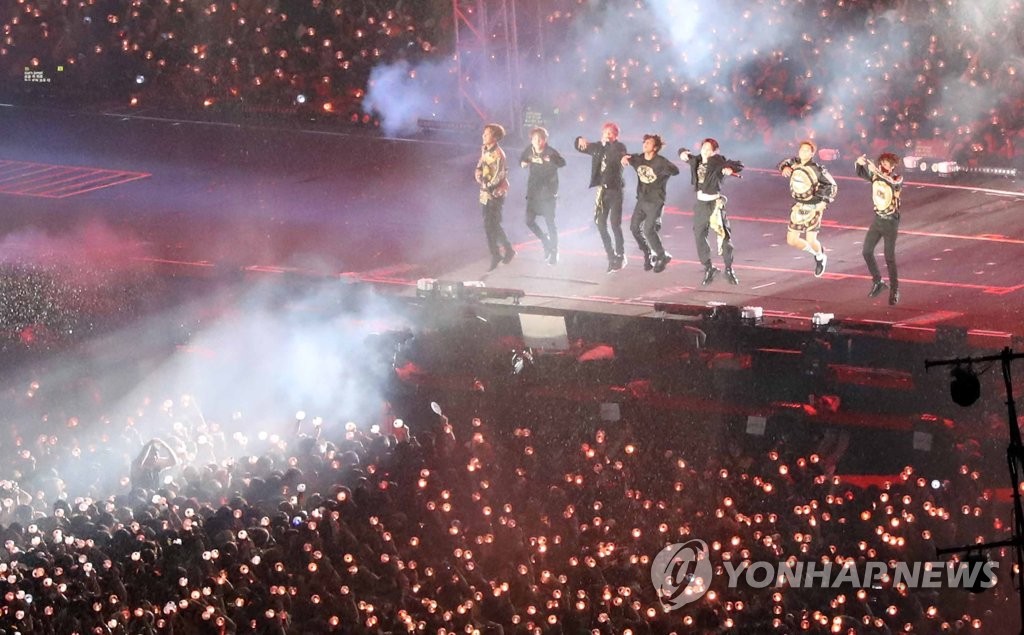 On top of the live performances, the events will also include a variety of outdoor activities on the grass in front of the arena at Olympic Park in the Jamsil neighborhood.

Seoul to be illuminated in violet to celebrate BTS' home performance

Seoul to be illuminated in violet to celebrate BTS' home performance