(Editor's Note: This is the seventh installment in a series of Yonhap interviews with key officials on South Korea's major policies)
By Kim Boram

SEOUL, June 24 (Yonhap) -- Increasing gender equality in the workplace will give the South Korean economy additional momentum to grow further, the vice minister of gender equality and family said Monday.

"Gender diversity in the labor market will help a country or a company enhance flexibility in adapting to changing society and demand, upgrade their policy-making process and expand applicable workforce," Kim Hee-kyung said in an interview with Yonhap News Agency. "This will lead to economic growth and performance improvement." 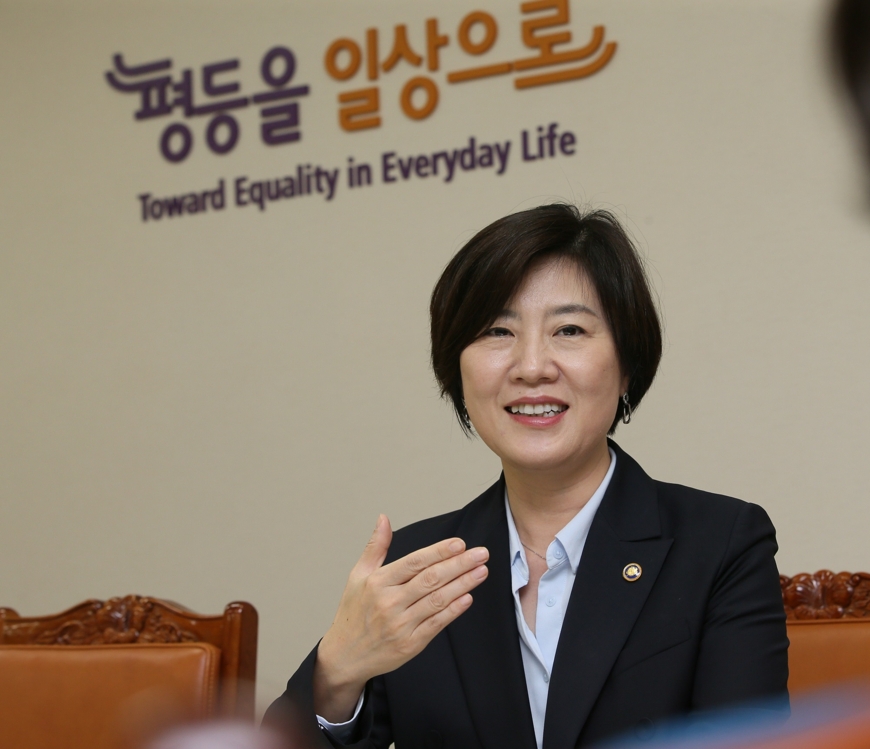 Goldman Sachs Research's latest "Womenomics 5.0" report said that narrowing the gender employment gap could boost South Korea's gross domestic product (GDP) by 14.4 percent as of 2017. It is the third highest rate among the surveyed 11 nations, following Greece and Italy.

Christine Lagarde, the managing director of the International Monetary Fund (IMF), said in a conference held in Seoul in 2017 that a rise in the proportion of women in the workforce could boost GDP by 10 percent in South Korea.

Asia's fourth-largest economy has been making efforts to further boost economic growth and create more jobs for the younger generation as its annual growth rate has hovered around 3 percent for years, far lower than its past numbers of 7-8 percent.

Moreover, experts forecast that its rapidly aging population and chronically low birth rate will bring in smaller workforces in the future and potentially lower productivity growth.

Kim said bringing more women into the workplace will be one of the key solutions to prop up the economy as South Korea's labor participation rates for females reached 59.4 percent in 2018, compared to 79.1 percent for males.

At the decision-making level, in particular, women's role is even more limited.

According to data released by the gender ministry, within South Korea's top 500 companies by sales, only 3 percent of their combined executives were women in 2017, up from 2.7 percent a year earlier. Out of the total, 328 firms, or 65.6 percent, had no female senior officials at all.

Government ministries, on the other hand, have a much higher percentage of female officials. Some 17.5 percent of all director-level officials or higher were female last year.

The incumbent Moon Jae-in government has promised to name at least 30 percent female ministers within the Cabinet. Currently, there are five female ministers, including Minister of Education Yoo Eun-hae and Minister of Gender Equality and Family Jin Sun-mee. 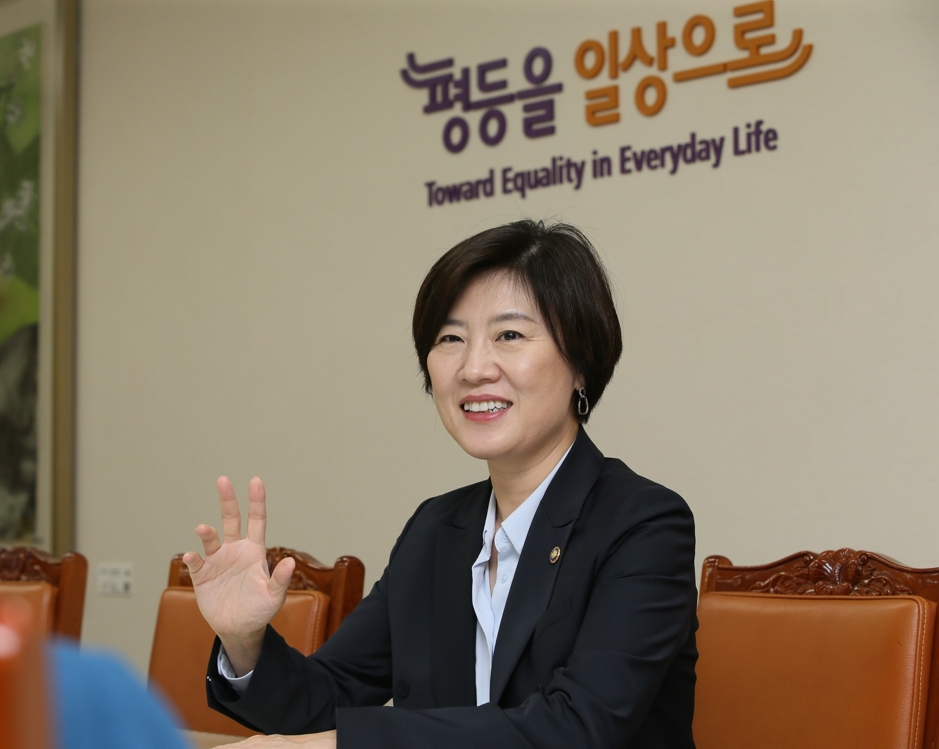 "Many studies show that there are positive relationships between gender diversity in labor market and the state competitiveness and corporate performances," she said. "Economic growth and performance enhancement will create more jobs and pull off economic growth again through building a virtuous circle."

Kim said the government is mapping out a long-term plan every five years to foster young women officials to become senior officials so as to increase female participation in government affairs.

Several private firms, including Lotte Group and Kookmin Bank, have signed a partnership with the government to strive to have more women participate in their decision-making process.

Still, many career-driven women reach a crossroads when they have a baby or they have to go back to work after maternity leave.

To encourage women to continue working, Kim said the government is striving to create a women-friendly environment both at home and work.

"First of all, we have to create a flexible environment in workplace where people get off work on time, take maternity leave freely and work with a flexible schedule," said the vice minister. "At home, both mother and father have to share child care and enjoy a harmonious co-existence between work and life. This will help women continue and develop their careers."