SEOUL, June 24 (Yonhap) -- U.S. Secretary of State Mike Pompeo has said there may be a "very real possibility" of Washington and Pyongyang resuming their working-level nuclear talks, after their leaders have exchanged personal letters.

According to the State Department, Pompeo also said in his remarks to the press on Sunday (Washington time) that the United States is prepared to engage in dialogue with the North at a "moment's notice" should the North indicate it is ready.

The remarks came hours after the North's state media reported that leader Kim Jong-un had received a personal letter with "excellent and interesting content" from U.S. President Donald Trump. Earlier this month, Trump also got a letter from Kim, which he called "beautiful" and "very warm."

"We have been working to lay the foundations for that since Hanoi. We think we're in a better place, and I think the remarks you saw out of North Korea this morning suggest that that may well be a very real possibility," Pompeo said when asked about the possibility of working-level talks with the North recommencing in the near future.

"We're ready to go. We're literally prepared to begin at a moment's notice if the North Koreans indicate that they are prepared for those discussions," he added, according to a transcript of his remarks available at the State Department. 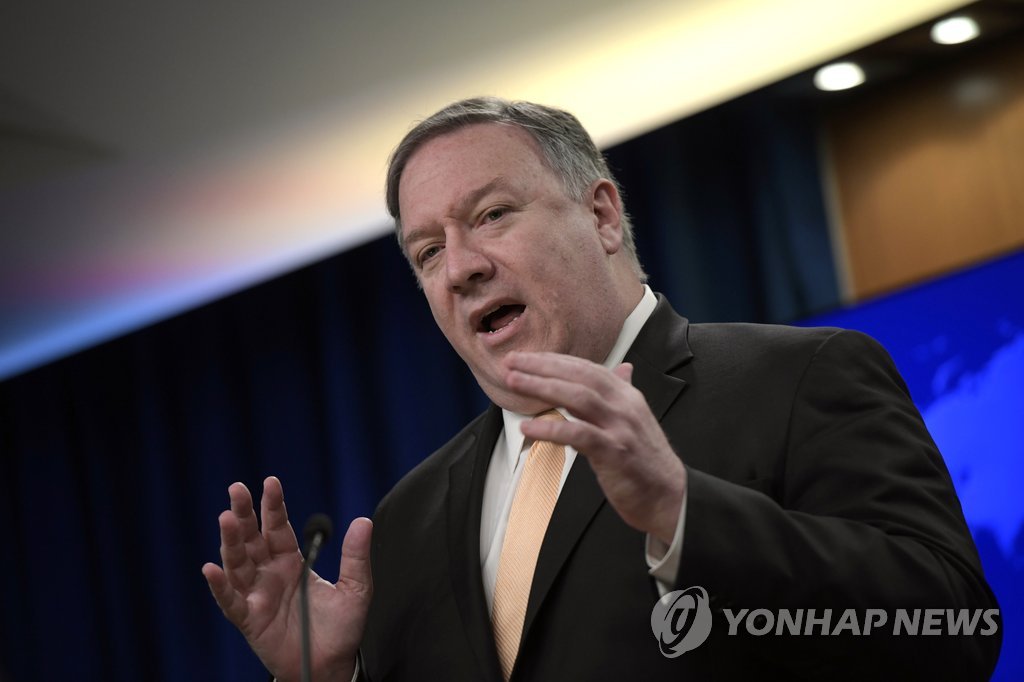 Confirming that Trump sent the letter to Kim, the top U.S. diplomat voiced hopes to continue dialogue with the communist regime.

"I am hopeful that this (letter) will provide a good foundation for us to begin to continue the important discussions with the North Koreans to denuclearize the peninsula," he said.

The exchange of personal letters has bolstered hopes for the resumption of nuclear negotiations between Washington and Pyongyang, which have been at an impasse since the second summit between Trump and Kim in Hanoi in February ended without a deal.

The Hanoi summit broke down due to a failure to bridge gaps over the scope of Pyongyang's denuclearization and Washington's sanctions relief.

U.S. chief nuclear negotiator, Stephen Biegun, reportedly plans to travel to Seoul this week ahead of Trump's visit to South Korea for a summit with President Moon Jae-in after the Group of 20 summit in Osaka, Japan, on Friday and Saturday.