SEOUL, June 24 (Yonhap) -- President Moon Jae-in pointed out Monday that the Korean War has not formally finished and emphasized the need for efforts to prevent another war on the peninsula.

He was holding a luncheon meeting at Cheong Wa Dae with 182 South Korean, U.S. and other foreign veterans who took part in the 1950-53 conflict.

It's the first time that a South Korean president has invited war veterans to the presidential compound for a group lunch, according to Cheong Wa Dae. It came on the eve of the June 25 anniversary of the outbreak of the war.

"The June 25 (incident) is a bitter history, but the Republic of Korea has kept its identity by overcoming North Korea's invasion," Moon said in a speech at the event, using the nation's official name.

Although the war came to a halt with the July 27 Armistice Agreement in 1953, he added, there's no "complete end" to the war. 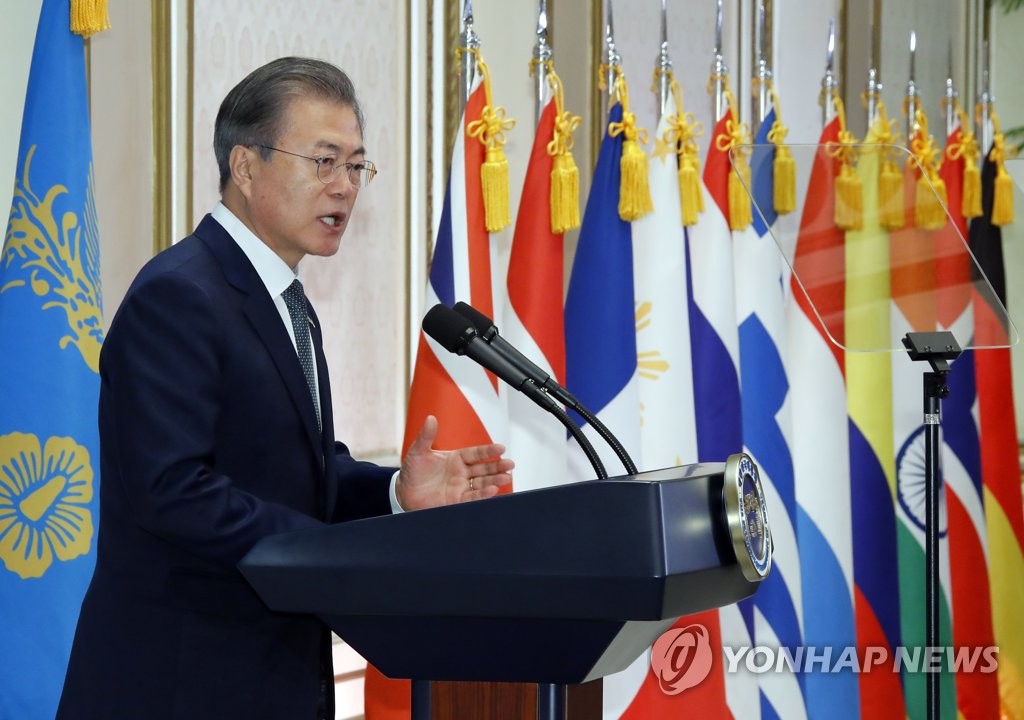 His liberal administration has pushed for the declaration of a formal end to the war, but there's no progress amid a stall in denuclearization talks.

He again stated a resolve for efforts to pull off "peace for the people."

Moon also underlined the help from foreign nations under the U.N. flag in South Korea's fight against the invading North.

"Twenty-two years ago, 1.95 million young people from 22 countries rushed to the Republic of Korea where the war broke out," he said, adding the United States paid the highest price.

The best way to repay the sacrifice of all the war veterans is to make Korea peaceful without a worry for a war, he added.

Moon vows efforts to prevent another war in Korea

Moon vows efforts to prevent another war in Korea