SUWON, South Korea, June 24 (Yonhap) -- Even in the midst of his club's horrendous struggles in the Korea Baseball Organization (KBO), NC Dinos' captain Park Min-woo has been trying his best to put on a brave face and not show any signs of stress.

The 26-year-old believes that is what a captain is supposed to do.

The Dinos ended May tied for third place in the 10-team league at 31-25. They were seven games clear of sixth place. But a 6-14 record so far in June has dropped them to fifth place, the last playoff spot. They're closer to ninth place (six games up) than they are to fourth place (6.5 games behind). 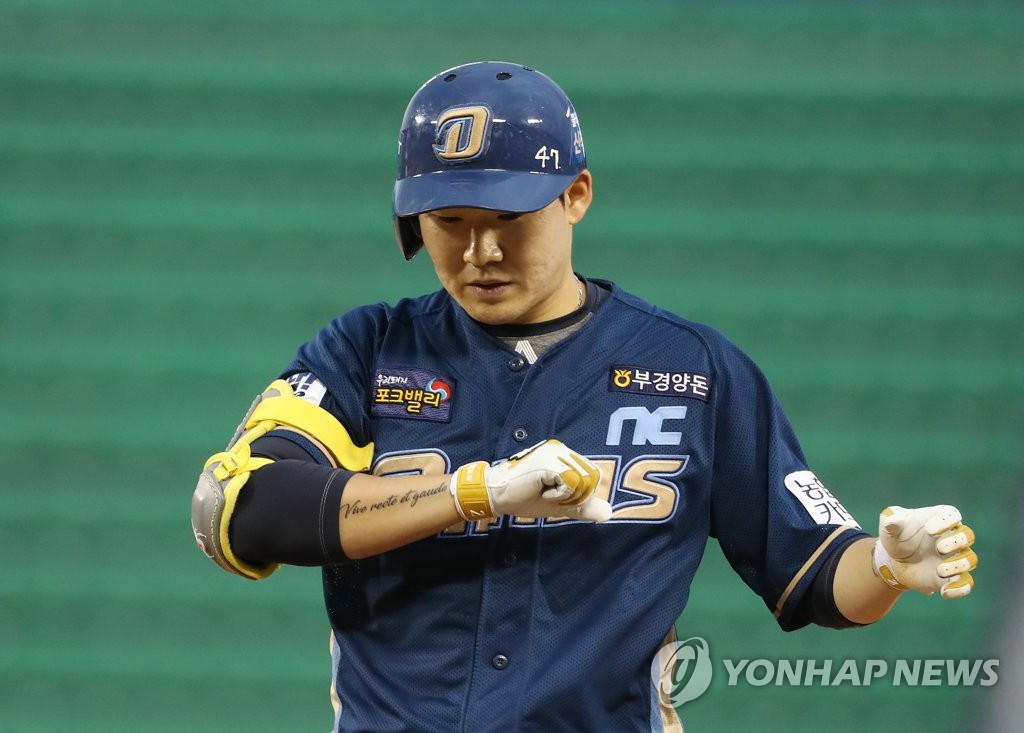 Everything that could go wrong for a baseball team has gone wrong for the Dinos, who have the worst team ERA in June at 4.95 and who have lost eight of their past 10 games.

Park, who replaced injured outfielder Na Sung-bum as captain in early May, said the stress he feels from losing is far greater now than before.

"I kept asking myself, 'What have I been doing wrong? Are we losing because I am not doing my part?'" Park said Sunday at KT Wiz Park in Suwon, 45 kilometers south of Seoul, where the Dinos snapped their seven-game losing streak the previous day against the KT Wiz.

"The stress from all that losing really weighed on me, but I tried not to show it," Park said. "I knew my teammates would look to me (for leadership), and I felt if I got too down on myself, I'd drag everyone else down with me. It's been difficult to do that because I usually have a hard time hiding my emotions."

Park said he's been trying to be an upbeat cheerleader in the dugout, though there have been times when he wondered if he wasn't taking things too far.

"During the losing streak, I tried extra hard to keep the mood light and help the guys stay loose because getting depressed doesn't solve anything," Park said. "But I also knew fans would be angry if they thought we were having fun losing. I tried not to think too much about what others were thinking, but I couldn't help it." 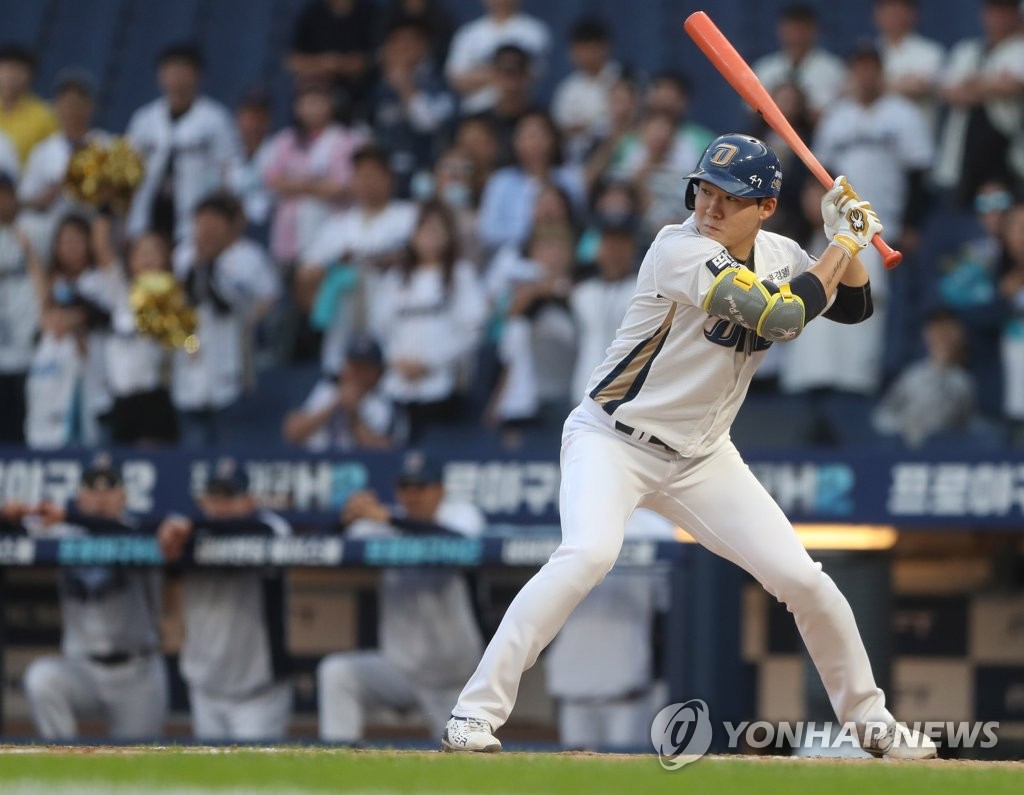 His outgoing personality and upbeat presence are precisely what made Park an ideal choice as captain, even though he is far from being the oldest player on the Dinos.

It also helps that Park has been one of the team's best hitters. With a .344 batting average, Park ranks third overall in the league and second on the team behind catcher Yang Eui-ji, who leads the KBO with a .357 average.

Park said one positive takeaway from the recent losing streak is that it made the team tighter.

"We were on a slide during our nine-game road trip, and the guys had meals together and had a lot of heart-to-hearts," Park said. "Veterans went out of their way to pick up young guys, and kids aren't afraid of approaching older players for advice."

A day after ending the losing streak, the Dinos lost 4-2. But they're still in a playoff position, and Park said the Dinos are ready for a fresh start.

"We missed out on the postseason last year, and we'd like to return to that stage," Park said of the team that made four straight playoffs from 2014 to 2017. "My role is to help the team stay positive."