SEOUL, June 24 (Yonhap) -- The only PGA Tour event held in South Korea each fall has tightened its qualifying rules for amateurs.

The organizers of the CJ Cup @ Nine Bridges announced its eligibility criteria for this year's tournament on Monday. The third edition of the 72-hole tournament will be played at the Club at Nine Bridges on the resort island of Jeju from Oct. 17-20. 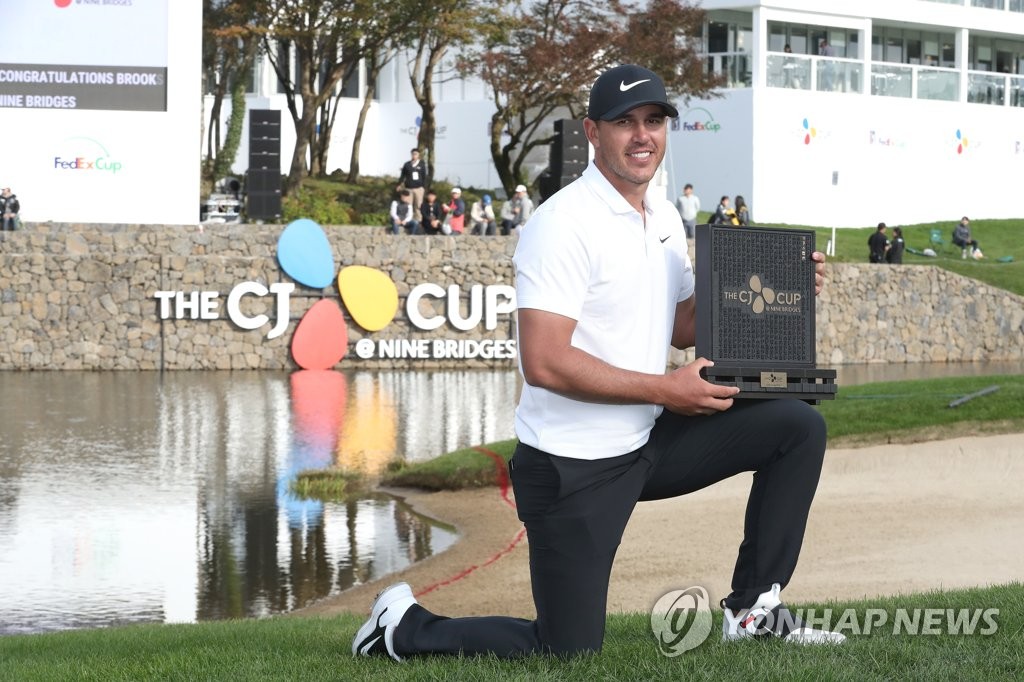 The field of 78 players will feature the top 60 players from the FedEx Cup standings, five players from the Korea PGA (KPGA) Tour, two players from the Asian Tour, the top three South Koreans in the world rankings who aren't already eligible and seven players on sponsors' exemptions.

One of the seven spots has gone to an amateur over the past two years, and the winner of the Hur Chung-koo Cup Korea Amateur Golf Championship qualified for the CJ Cup in the past. Starting this year, however, the amateur spot will go to the player with the best overall performance over six competitions organized by the Korea Golf Association.

CJ Cup's organizers said they decided it would be fairer to reward an amateur player with a consistent run of play throughout the season than to invite the winner of a single competition.

From the Asian Tour, the Order of Merit winner as the top money earner and the highest South Korean on the money list will be eligible.