SEOUL, June 24 (Yonhap) -- K-pop diva Chungha on Monday released her fourth EP, "Flourishing," whose title track is the first song she has composed.

The fourth track, "Flourishing," is a trap soul number written in English that sends out a message of self-confidence.

The fifth song on the EP, and its main track, "Snapping," is an intense, seductive number that diverges from Chungha's previous summer singles such as "Love U," a track off "Blooming Blue," dropped in July last year. 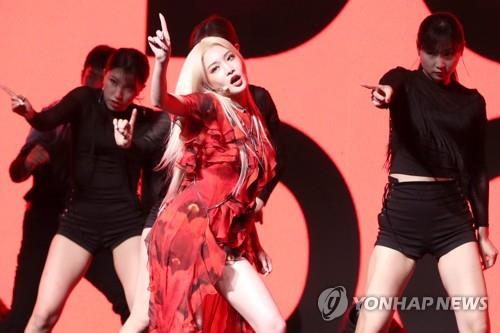 "My previous songs for summer used to be bright, refreshing and tropical. But I wanted to be different this time to show that I am constantly doing things new," Chungha said in a media showcase for the new album in Seoul.

She stormed onto the K-pop scene in project girl band I.O.I, which debuted through the high-profile idol competition show "Produce 101" in 2016.

As the band parted ways the following year, Chungha started a solo career, instantly creating a solid presence as a solo dance act equipped with a powerful voice.

"I am shaking as if I am doing a debut," she said of her return to the K-pop scene in the highly competitive summer season.

Referring to the all-English track, "Flourishing," she said she hoped the song would be a sort of medium through which she could better communicate with fans outside South Korea. 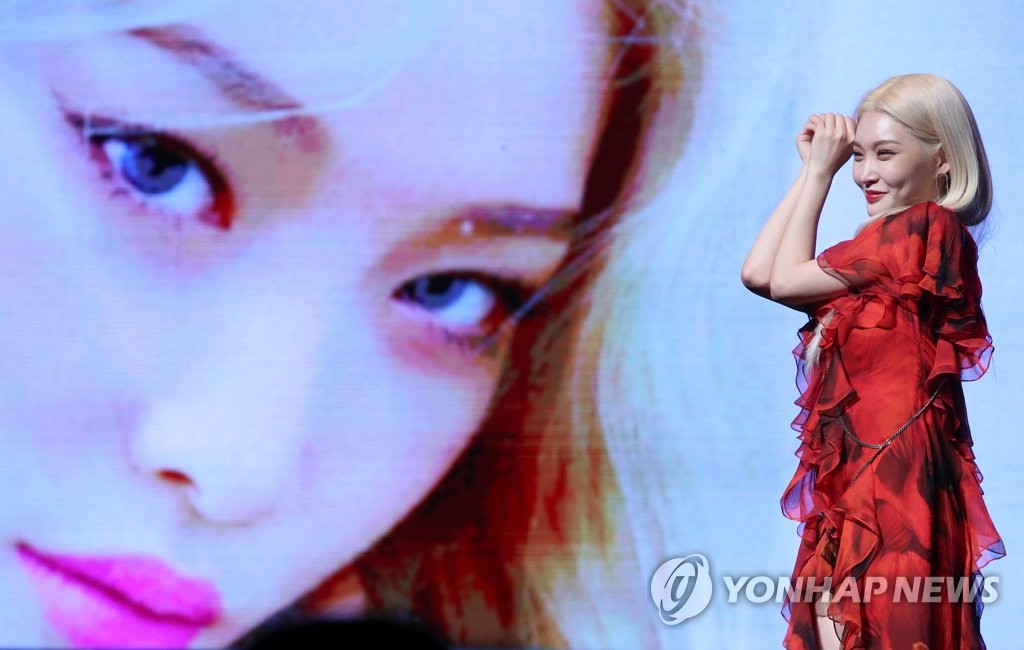 On top of "Flourishing" and "Snapping," the new album has three other songs, including "Chica," the first track, and "Call It Love," track three.

As in the composition of "Flourishing," Chungha lent her talent to the compiling and presenting of her fourth EP, including in the creation of the seductive, tantalizing choreography of "Snapping."

"My goal for this album is that it could be something with which I could go closer to the public and communicate as I communicated with the producer and the staff (in producing the album)," she noted.

Having sensationally impressed the K-pop scene as a solo artist over the past two years, Chungha is now gearing up for an overseas solo concert tour.

"It would be a dream for any artist. ... I will work hard to let you know of (my first overseas tour) in the very near future," she said. 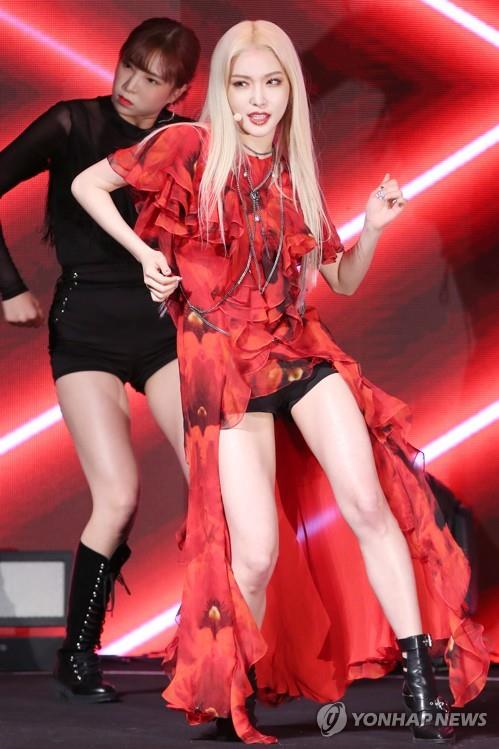