SEOUL, June 24 (Yonhap) -- U.S. Special Representative for North Korea Stephen Biegun will arrive in Seoul this Thursday for talks with his South Korean counterpart and other officials, days before the planned visit to Seoul by U.S. President Donald Trump, diplomatic sources said Monday.

Officials in Seoul and Washington are at the final stage of making arrangements for the nuclear envoy to visit Seoul from that day, according to the sources familiar with the matter. He last visited Seoul in May.

Biegun will meet with Lee Do-hoon, special representative for Korean Peninsula peace and security affairs at the foreign ministry, for discussions on North Korea's denuclearization, which will likely top the agenda at the bilateral summit between Trump and South Korean President Moon Jae-in slated for June 29-30.

The presidential office Cheong Wa Dae announced Monday that Trump will make a two-day trip to Seoul shortly after attending the Group of 20 summit in Osaka.

Hopes have been rekindled for the resumption of nuclear negotiations between Washington and Pyongyang after Trump and North Korean leader Kim Jong-un announced that they recently exchanged goodwill letters and made positive comments about the correspondence.

Trump described Kim's letter as "beautiful" and "very warm." Kim apparently said the letter from Trump had "excellent and interesting" content that he will seriously contemplate, the North's state media reported.

As for Biegun's visit, the point of attention is whether he will make any working-level contact with North Korean officials while he's in Seoul.

U.S. Secretary of State Mike Pompeo said on Sunday (U.S. time) that there is a "very real possibility" for working-level talks with the North.

The nuclear talks have remained at an impasse since the Trump-Kim summit in Hanoi produced no deal due to the failure to narrow gaps on the scope of the North's denuclearization and sanctions relief by Washington. 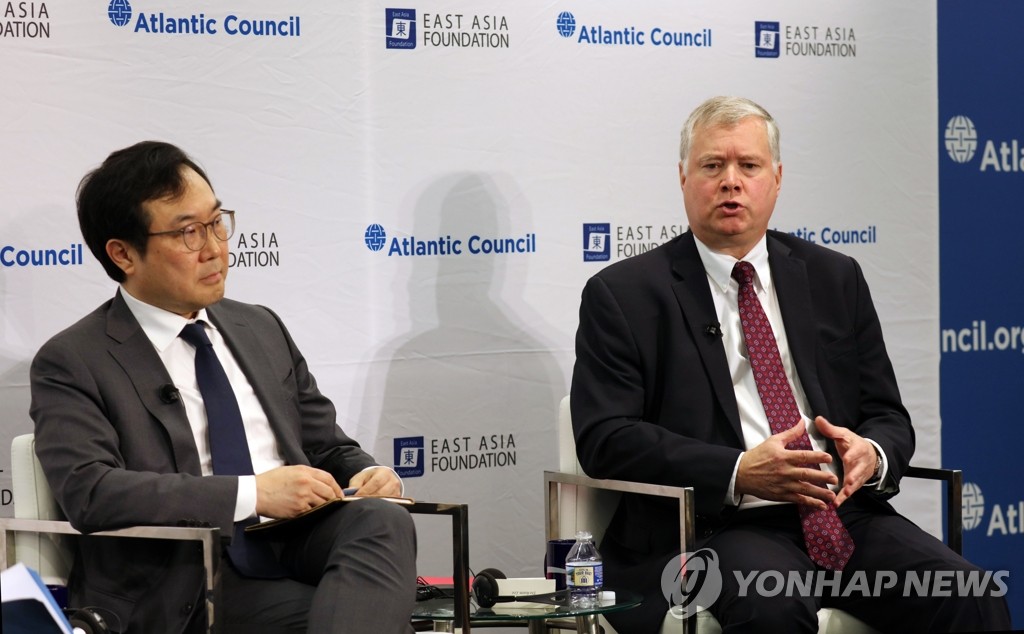