Kim sent a letter to Trump earlier this month amid a deadlock in negotiations to dismantle the North's nuclear weapons program.

Trump responded with a letter "of excellent content," the North's state media said Sunday, raising hopes of a possible resumption of two-way talks. 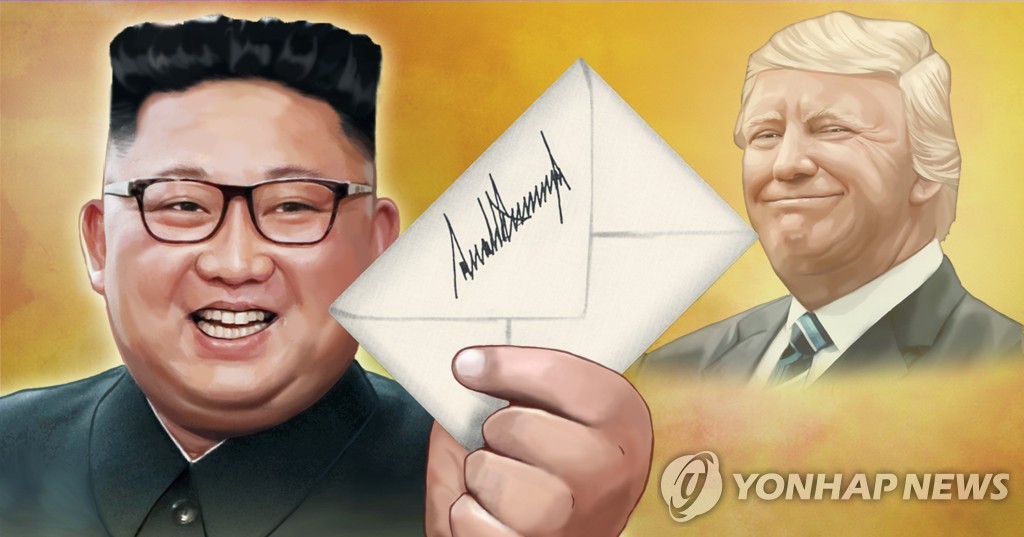 "He actually sent me birthday wishes, but it was just a very friendly letter both ways," Trump told reporters at the Oval Office in the White House.

Trump, who turned 73 on June 14, revealed earlier that he had received a "beautiful" and "very warm" letter from Kim on June 10.

It was the first known correspondence between the leaders since their second summit in Vietnam in February ended without a deal.

The contents of the messages have not been disclosed, but the timing has prompted speculation that the two sides could be headed for a revival of talks on denuclearizing North Korea in exchange for sanctions relief.

Trump is set to travel to Japan and South Korea this weekend, first to attend a Group of 20 summit -- where he will sit down for talks with Chinese President Xi Jinping on the heels of the latter's state visit to Pyongyang last week -- and then to meet with South Korean President Moon Jae-in in Seoul.

Kim met with Xi, the leader of North Korea's biggest ally and trading partner, before and once after his two summits with Trump.

If the same pattern applies, the latest Kim-Xi meeting could also lead to a third Trump-Kim summit. Some media reports have speculated that Trump and Kim may meet on the inter-Korean border, inside the Demilitarized Zone, during the U.S. president's June 29-30 trip to the South.

"I think North Korea has a phenomenal future," Trump said, apparently referring to the economic gains North Korea could have if it dismantled its nuclear program.

"We have a really good relationship," he added.

U.S. Secretary of State Mike Pompeo on Sunday expressed hope that the president's letter will lay a "good foundation" for the two sides to continue denuclearization talks.

He also said he sees the resumption of talks as "a real possibility."

Meanwhile, Stephen Biegun, the U.S. point man on North Korea, will travel to Seoul from Thursday to Sunday, the State Department said.

He will meet with South Korean officials before joining Pompeo for the president's visit.