The phone call took place on Esper's first day in office as U.S. defense chief on Monday (Washington time). Esper told Jeong that he decided to make the call because South Korea is one of America's closest allies, according to the ministry.

"The two sides reaffirmed that they will continue to support the countries' diplomatic efforts for the denuclearization of the Korean Peninsula based upon their staunch combined defense posture," the ministry said in a release.

Esper, who served as secretary of the Army, took over after his predecessor Patrick Shanahan stepped down over family issues. President Donald Trump also announced his intent to nominate Esper to secretary of defense, the White House said on Friday.

Sharing an understanding on the importance of a close partnership between the top defense officials to further deepen the alliance, the two sides also pledged to have close communication, the ministry said.

"In order to exchange opinions on various pending issues more deeply, (the two chiefs) expected to have a chance to meet in person soon," the ministry added. 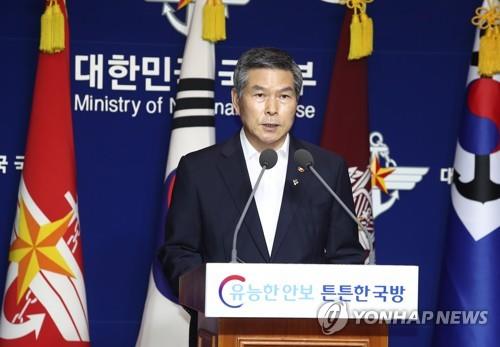 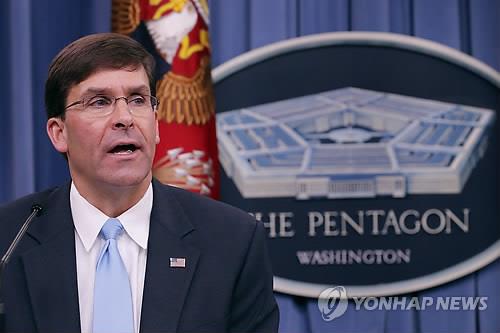