Trump will visit Seoul on Saturday and Sunday after attending a Group of 20 summit in Japan, prompting speculation that a Trump-Kim meeting could be arranged at the inter-Korean border.

"There are no plans for the meeting that you just mentioned," the official told reporters on background in a phone call.

"The president's there to see President Moon (Jae-in)," he said. 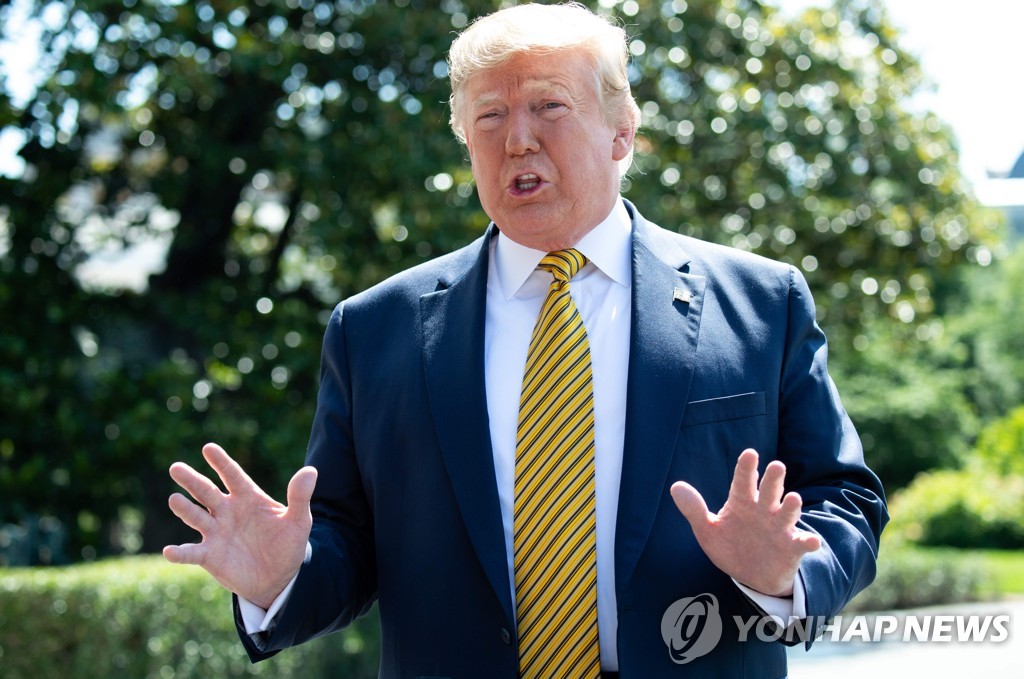 On a Trump visit to the Demilitarized Zone, the official said the details of the president's schedule have yet to be finalized.

"So unfortunately, I don't have any confirmation for your question," he said.

A recent exchange of letters between Trump and Kim has raised hopes that the two sides will resume negotiations on dismantling the North's nuclear weapons program.

No working-level talks have taken place since the second Trump-Kim summit in February ended without a deal due to differences over the scope of North Korea's denuclearization and sanctions relief from the U.S.

Trump is keeping the door open for diplomacy with the North Korean leader, but his ultimate goal hasn't changed, the official said.

"He also has made it clear that the nukes have got to go," he said. "He's looking for the final, fully verified denuclearization of North Korea.

Trump's visit to South Korea will begin late in the afternoon on Saturday and include a business leaders' event the following day, according to the official. The U.S. president will then have "a number of bilateral engagements" with Moon before departing for Washington late Sunday.

The agenda of the talks will include North Korea, the South Korea-U.S. alliance and trade, given that the bilateral trade relationship has "improved quite a bit" since the revised Korea-U.S. free trade agreement went into effect this year, he said.

Trump is "looking forward to being in Korea again and seeing his ally, Moon," he added.

(LEAD) Trump has no plans to meet Kim in Korea: U.S. official

(LEAD) Trump has no plans to meet Kim in Korea: U.S. official