SEOUL, June 25 (Yonhap) -- It's not time to celebrate yet, but the SK Wyverns have put themselves in a prime position to take the pennant in South Korean baseball this year.

The defending Korea Baseball Organization (KBO) champions swept the Doosan Bears in a three-game series last weekend and have opened up a four-game lead over the Bears in first place. At 51-25-1 (wins-losses-ties), the Wyverns are also the first team to reach the 50-win plateau in 2019. 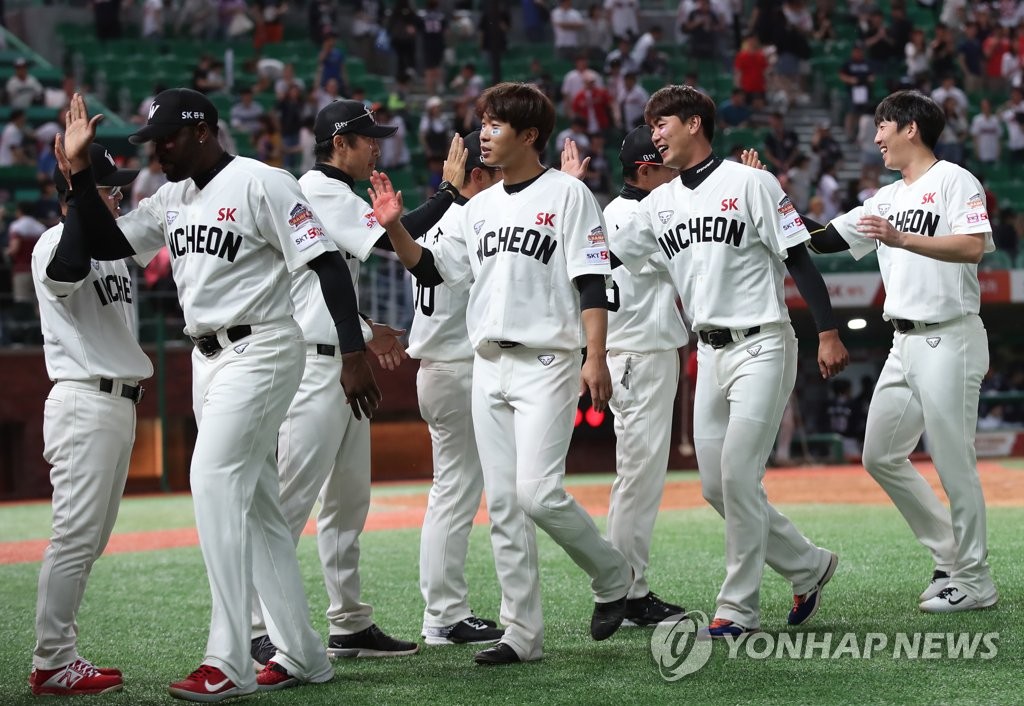 Historically, the team that won 50 games first has gone on to take the pennant 75 percent of the time, or 21 out of 28 seasons -- not counting the years when the KBO awarded separate pennant winners for the first half and the second half and seasons when the league had two divisions.

Last year, the Wyverns finished 14.5 games behind the Bears in second place in the regular season, but knocked off the Bears in six games in the Korean Series.

Can the Wyverns run away with the pennant, just as the Bears did last season?

The team's ever-so-demanding manager, Youm Kyoung-youb, seems to think so, because in his mind, they haven't even started playing their best baseball.

The Wyverns' bats were cold out of the gate this year, after blasting home runs at historic levels over the past two seasons. It's been their pitching that has carried the day so far. 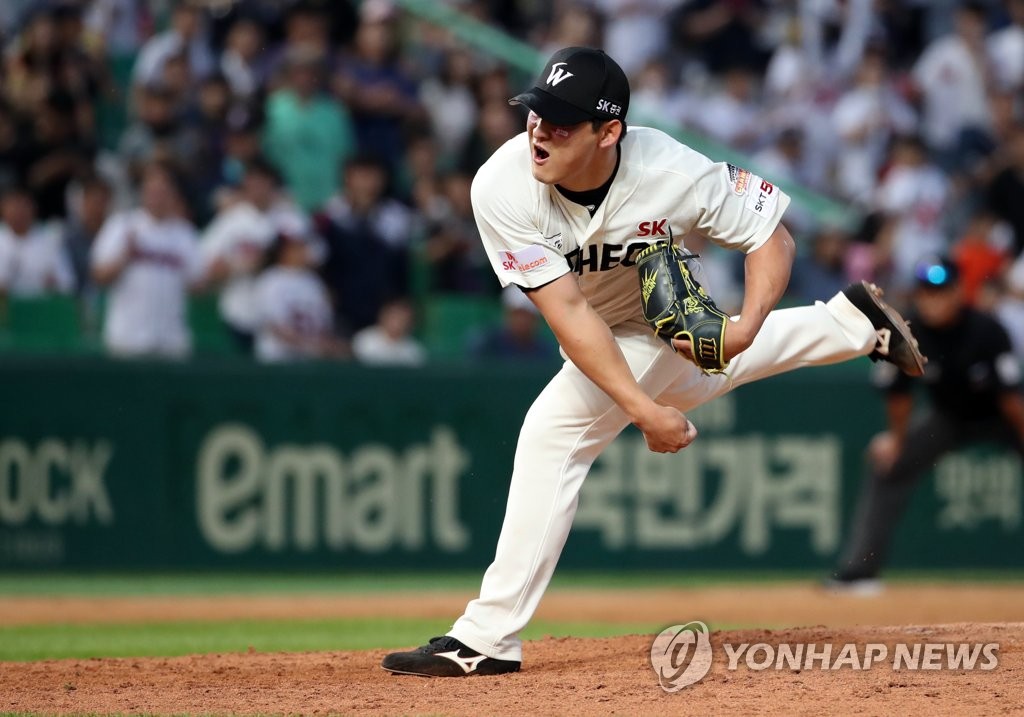 They trail the LG Twins in the ERA department 3.40 to 3.34, but no team has allowed fewer base runners or struck out more batters than the Wyverns in 2019.

The Wyverns are the only team to post an ERA below 4.00 in each of the season's first three full months, from April to June. So far this month, they have the league's lowest ERA (2.82), most strikeouts (157) and fewest walks (63). The Wyverns have held opponents to an on-base-plus-slugging percentage (OPS) of .592, also the lowest mark for June.

"Our pitchers so far have accomplished about 50 percent of what we set out to achieve this season," said Youm, who previously managed the Nexen (currently Kiwoom) Heroes from 2012 to 2016. "Usually, pitchers on my team didn't even reach 30 percent of the goal. So we're on a successful pace."

The Wyverns are the only club with three starters ranked among the top 10 in ERA. Angel Sanchez is second overall with 1.87, with Kim Kwang-hyun trailing in fifth at 2.70 and Park Jong-hun in ninth at 3.33.

In perhaps the deepest five-man rotation in the KBO, these three are joined by Moon Seung-won, who boasts a 3.63 ERA but doesn't have enough innings to qualify, and newly acquired Henry Sosa, an eight-year KBO veteran who returned to South Korea after a half-season stint in Taiwan.

After getting rocked for eight earned runs in four innings in his first start on June 9, Sosa tossed 13 shutout innings combined over his next two starts, with 17 strikeouts against two walks.

The rotation is backed by a stout bullpen that has helped the Wyverns post an absurd 18-1 record in one-run games, the best mark in the league by a mile. They have the most saves (28) and the fewest blown saves (five).

The Wyverns waived Brock Dykxhoorn to make room for Sosa, and it was a gamble that has paid off.

Dykxhoorn had been solid in his first KBO season, with a 3-2 record and a 3.56 ERA in 12 appearances. But the Wyverns wanted a more dominant presence at the top of the rotation alongside Sanchez, who is leading the KBO in average fastball velocity with 150.7 kilometers per hour (km/h).

At the time of his release, Dykxhoorn was 16th among qualified starters with 144.3 km/h in average fastball velocity. Last season, Sosa finished second behind Sanchez in that category at 149.5 km/h, and in three starts this year, Sosa is throwing his fastballs at an average of 148.2 km/h, which would put him in fourth place.

It wasn't the only dice Youm has rolled. As the Wyverns' general manager in 2017, Youm selected pitcher-turned-outfielder Kang Ji-kwang in the KBO's equivalent of the Rule 5 draft, in which clubs can acquire players not currently on 40-man rosters on other teams in exchange for cash. The Wyverns then sent Kang, a former hard-throwing ace in high school who didn't pan out as an outfielder as a pro, back to the mound. 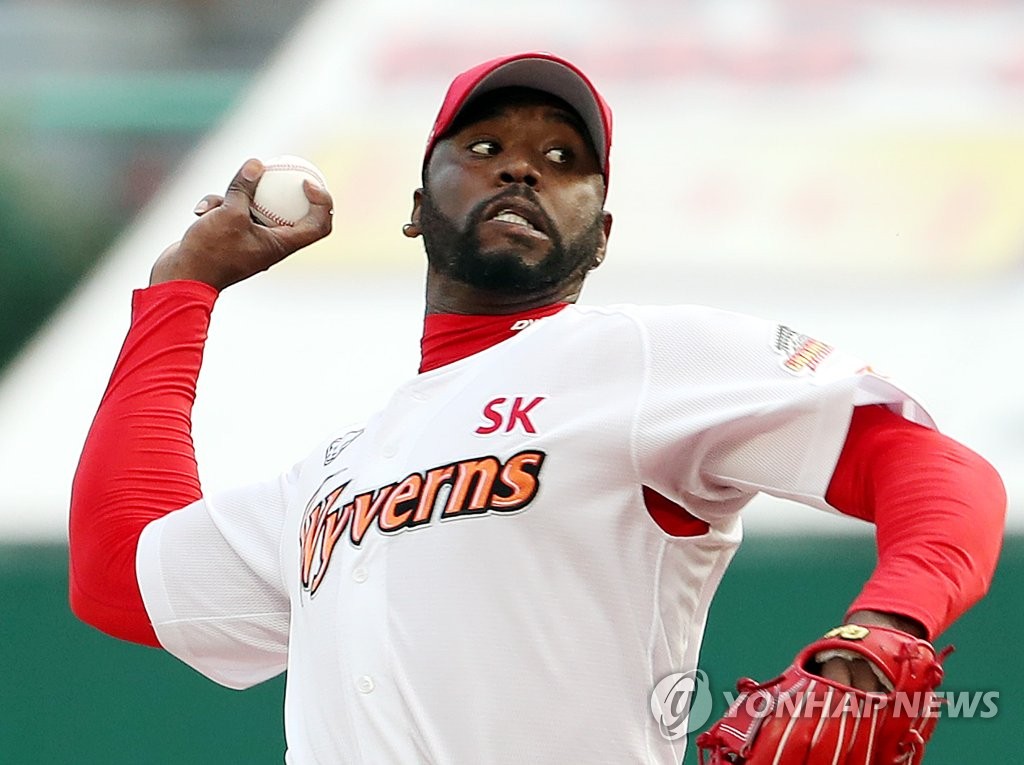 Ha signed with the Cubs out of high school as an outfielder in 2008, spent one minor league season as a pitcher and then returned to hitting in 2016 in Japan.

Ha and Kang have both thrived in the Wyverns' revamped bullpen. Ha is third in the KBO with 17 saves and has a sparkling 1.29 ERA. He had a 30-game scoreless streak snapped in Sunday's game against the Bears, falling one game shy of matching the record set by the current Colorado Rockies reliever Oh Seung-hwan in 2011.

Kang, who made four relief appearances in 2018, has gone 2-4 with a 3.95 ERA in 25 appearances this year. He was sent down to the Futures League, the KBO's equivalent of the minors, last Tuesday with stiff shoulder. An MRI showed no structural damage and Youm said Kang's demotion was mostly for precautionary reasons. Since the KBO doesn't have the injured list of Major League Baseball (MLB), injured players usually go through rehab in the Futures League, where demoted players must spend at least 10 days before returning to the KBO.

But Youm doesn't mind giving them a breather in June if it means they'll be fresher come October. Sanchez also had his turn skipped in the rotation last week for load management purposes. 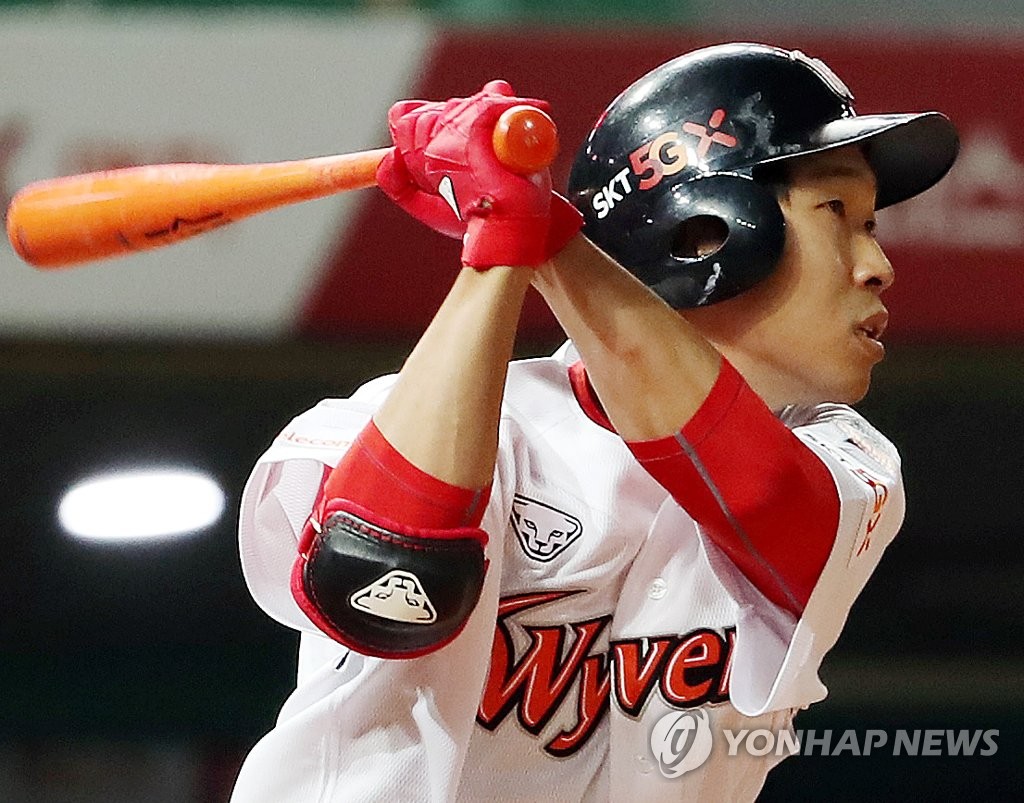 "In baseball history, the one thing that all dynasties have had was a strong pitching staff," Youm said. "We're a team that isn't just supposed to do well this year. We want to earn the 'dynasty' tag."

On the other hand, Youm is as unhappy with his team's offense as he's pleased with his pitching.

"Our lineup hasn't even reached 10 percent of our goal," he said. "These hitters have long ways to go."

Still, their two biggest mashers, Choi Jeong and Jamie Romak, are first and second in the league with 18 and 16 home runs. Choi was batting .263 at the end of May but has raised it to .303 through Sunday's action. He has gone deep in three straight games and has an outside shot at his fourth consecutive 30-homer season.

Romak, a third-year Canadian, overcame a slow start to put up a strong month of May, only to suffer through more rough patches in June. He has just one home run over his past 11 games, a stretch of 35 at-bats.

Youm said he'd like to see more consistency up and down the lineup. And perhaps no hitter has been more consistently productive as outfielder Ko Jong-wook, who leads the club with a .324 batting average and 15 steals.

Ko has always been a high-average, high-steals guy but has also been a defensive liability. Though he has committed zero errors so far this year, advanced metrics show that the speedster has been a shaky fielder.

It's going to be a challenge to suddenly transform a 30-year-old below-average outfielder into a defensive whiz, but Youm wants to keep Ko's bat in the lineup and have him go through trial by fire on the field. 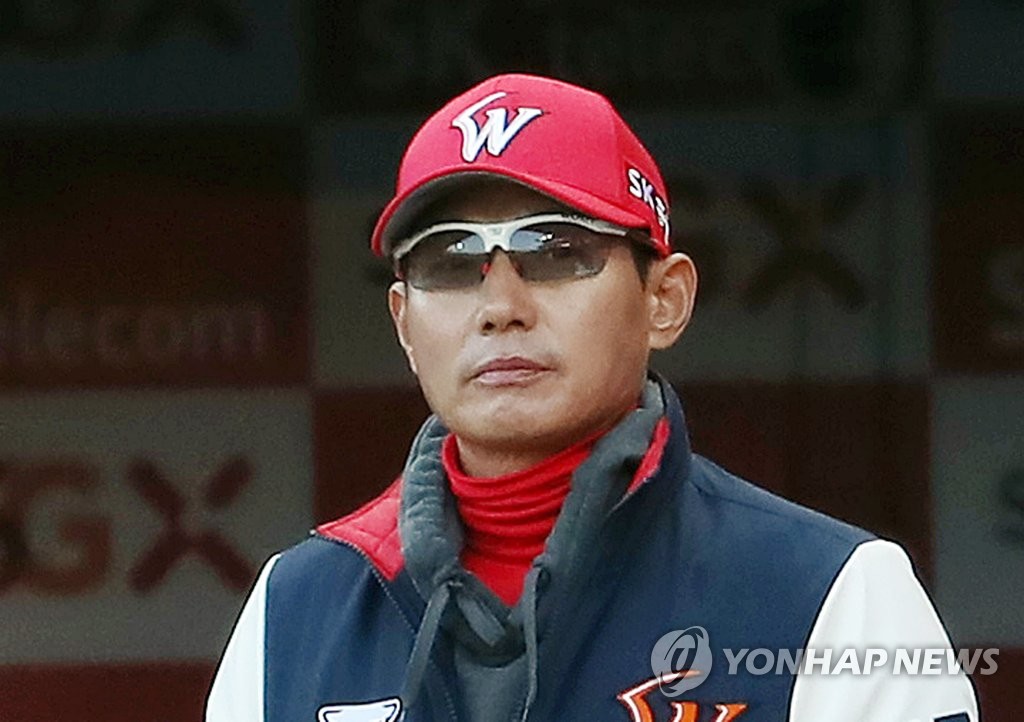 "In the regular season, there's more room for error, but one miscue can be fatal in the postseason," Youm said. "The more experience he has on the field, the better he'll get defensively. That's why I keep sending him out there even if he may hurt us defensively in the short term."

As generous as he has been with Ko, Youm has shown another outfielder, Ro Soo-kwang, some tough love. He was sent down to the Futures League in late May for lackadaisical defensive play, and the former leadoff man spent about three weeks there.

Youm wasn't worried about the hole Ro's absence would leave in the lineup or on the field. He wanted the 28-year-old to figure things out himself and become a valuable contributor over the long haul.

"This is a team that has to be better at the end of the season than now, and better next season than this season," Youm said. "With this philosophy set in stone, those decisions are easy to make."