INCHEON, South Korea, June 25 (Yonhap) -- General Motors Co. will launch the Colorado pickup truck and the Traverse SUV in South Korea by September as it strives to strengthen its recreational vehicle lineup amid falling sales.

The Detroit-based carmaker plans to introduce the Colorado pickup in late August and the Traverse SUV in early September, GM Korea President and CEO Kaher Kazem said in a press conference.

GM Korea is targeting to increase the percentage of SUVs in its product portfolio to 60 percent from the current 17 percent, he said without giving any time frame.

The company is also considering adding the full-size Tahoe SUV to the lineup as carmakers are vying for a bigger share in the growing SUV market, he said.

In recent years, it has suffered sluggish sales due to a lack of competitive models in South Korea. From January to May, its sales fell 2.6 percent on-year to 194,721 vehicles.

To help revive sales, the carmaker also plans to produce the all-new Trailblazer SUV in South Korea this year and for export starting in the following year. The Trailblazer would sit between the Chevrolet Trax and Equinox in size.

Its current Chevrolet lineup includes two SUV models -- the Trax compact and the midsize Equinox. Others are the Spark, the Malibu midsize sedan, the Impala flagship sedan, the Camaro sports car, the Bolt EV, and the Damas and Labo mini commercial vehicles. 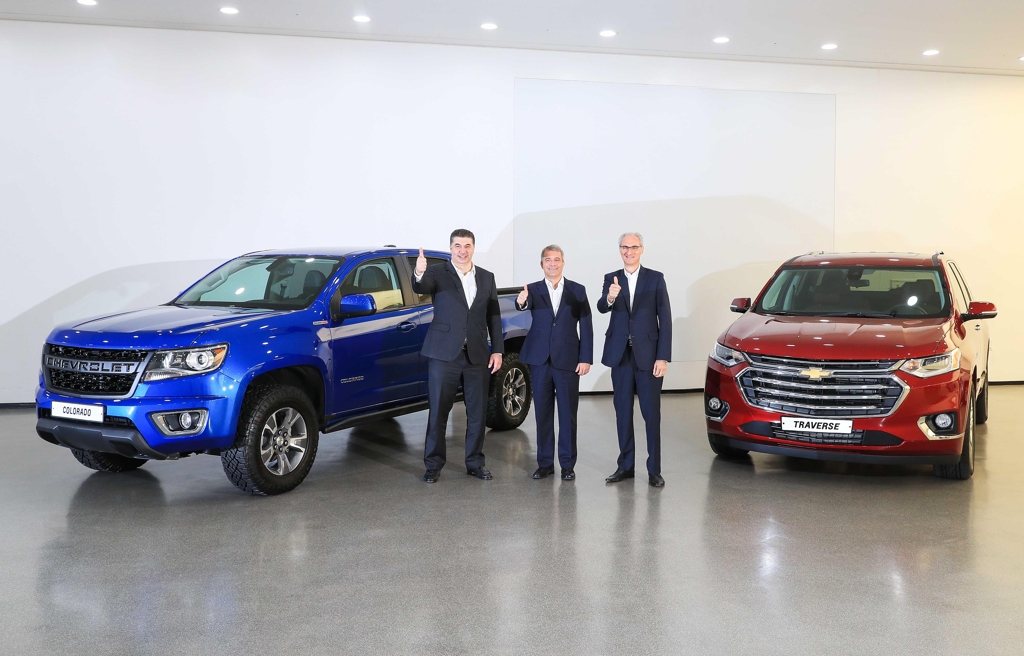