SEOUL, June 25 (Yonhap) -- New works of fiction from three best-selling Korean writers, including Jo Jung-rae, are set to heat up the book market this summer, exposing the dark corners of Korean society.

Jo's new three-volume novel whose title is translated as "The Millennial Question," was officially released in print by publishing house Hainaim in early June after being initially unveiled in audio and online text services by the biggest local internet portal Naver last month.

In the new series, the 76-year-old writer, whose 1986 multivolume novel "Taebaek Mountain Range" is acclaimed as a Korean modern classic, delves into shady dealings among politicians, businessmen, scholars and journalists to expose the undercurrents of today's Korean society.

Closely following the turbulent and glorious Korean history of shaking up a war-torn economy and growing into one of the world's roaring economic power houses, the author brings into question what role South Korea has played and should play as a nation.

"South Korea, as in the United States, proved to be a society structured in an inverted pyramid (in terms of social class) as its income gaps became too big," the writer said in a news conference on June 11.

"I started writing this book with a wish that South Korea should become a normal country where the generation of my grandchildren should no longer suffer from the absurdity and conflict that our generation faced," he said.

The new title instantly soared to the best-selling list, ranked at fifth on the weekly chart for the third week of June, compiled by Kyobo Book Center, the country's biggest bookstore chain. 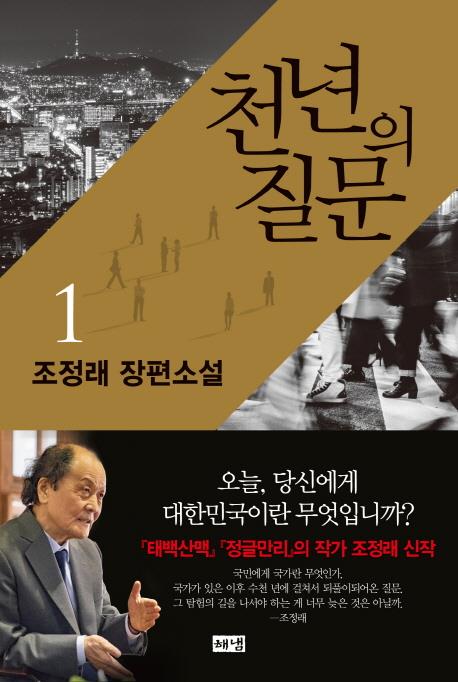 Jo's book followed the release of "Sakha Mansion" in May by publishing house Minumsa, the first novel by feminist writer Cho Nam-joo in three years.

Inspired by the Republic of Sakha, a tiny federal Russian republic, Cho's new novel depicts a dystopian community of refugees, named Sakha Mansion, where people displaced from the state system gradually crumble under the poisoning influence of capitalism against the backdrop of a beaten-down residential area.

A feminist perspective runs deeply through the novel as did her previous hit title, "Kim Ji-young, Born in 1982," first printed in 2016. The 2016 novel sold more than 1 million copies in South Korea, becoming the first million-seller literary title since Shin Kyung-sook's 2009 novel "Please Look After Mom."

"Questions that I had while writing the novel were naturally embedded ... such as solidarity between women, abortion and child care," Cho said in a press conference on May 28.

"On top of refugees, I wanted to draw on minorities and people outside of the mainstream," she also said, referring to women, children, the LGBT community, and old and disabled people. 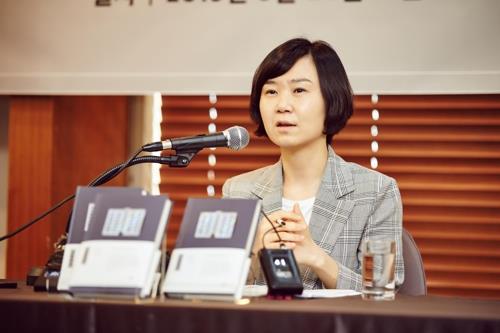 Journalist-turned-novelist Chang Kang-myoung, one of the most prominent young writers today on the Korean literary scene, is set to join the summer book market with two collections of short stories.

They include a new trilogy published by Minumsa, whose translated title is "Those Who Are Alive."

The trilogy is a reconstruction of 10 short stories he has previously released on labor issues. The most salient issues facing the labor industry, layoffs, corporate restructuring, outsourcing and difficulties in finding a job -- are featured prominently throughout the trilogy.

"I wanted to use the format of fiction in order to delve deeply into why and how such scenes have come about, rather than simply putting absurd and inhumane scenes on display," Chang said in a press conference Monday.

The trilogy is on its way to hit the shelves Wednesday. The other book is a collection of short Sci-Fi stories, titled "Extremely Private Supernatural Power," which will be released at the beginning of July. 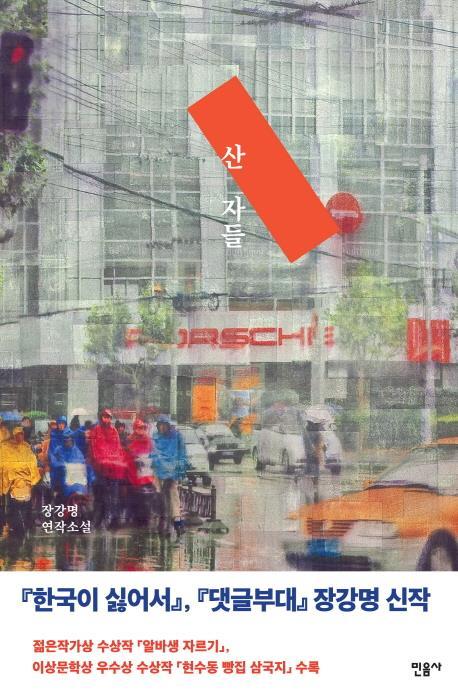