SEOUL, June 26 (Yonhap) -- With some two years left before his retirement, Park Young-joon (an alias) is preparing for the next chapter of his life, harboring hopes that he could get a chance to work after he turns 60.

The 58-year-old Park, who works at a state-run bank, earned a doctorate in economics a few years ago to brace for retirement. Luckily enough, he sometimes teaches college students or office workers as his current duty at the bank is to provide economic education to ordinary people.

"The worst scenario would be that I have nothing to do and nowhere to go in retirement. Then, I would feel very frustrated," Park said.

"Physically and mentally, I am strong enough to work further. I hope I could do something rewarding, like teaching, in retirement. But I'm not sure whether I could keep working," he added.

Park is among the South Koreans in their late 50s who will reach the legal retirement age of 60 within a few years.

Whether to extend the retirement age, possibly to 65, has recently become a hot-button social issue in a country struggling to cope with rapid aging. 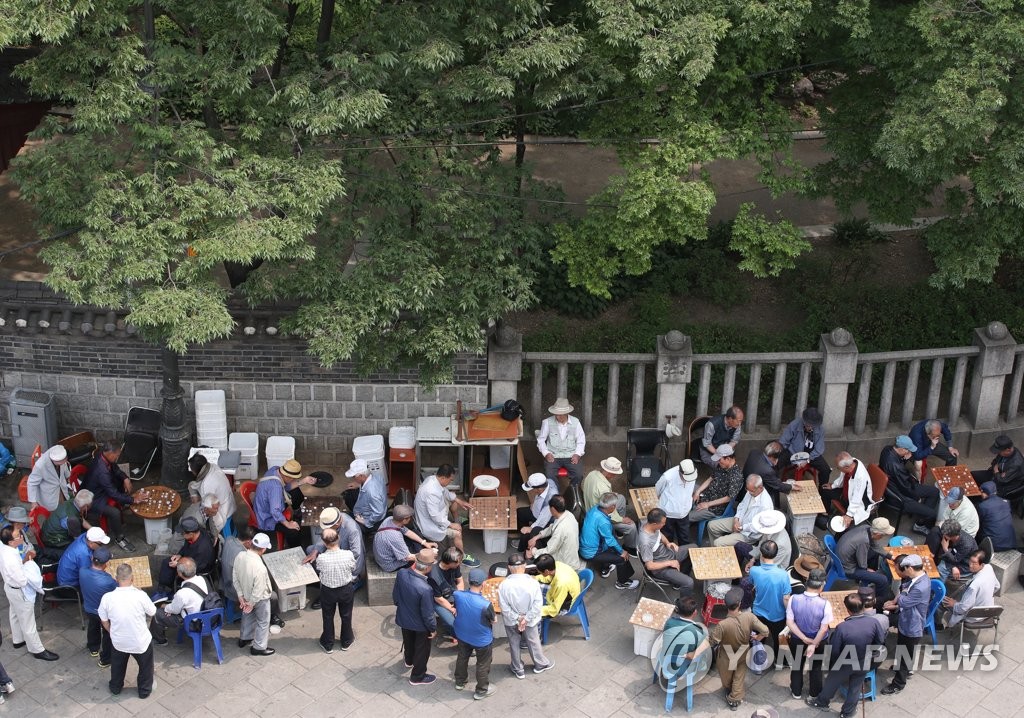 "There will be a big change in demand for manpower in the labor market, and the working-age population will begin to fall," Hong told a TV program. "It is time to launch social discussions on a retirement age extension."

The government plans to unveil a set of measures to support companies that reemploy elderly people. It will seek to extend the retirement age and reportedly consider abolishing it over the long haul.

In 2013, South Korea revised a retirement age law to stretch the age to 60 from the previous 58 and fully implemented it in 2017.

The retirement age extension needs a comprehensive approach as it is closely linked to many factors -- demographic transitions, youth employment, social welfare, reform of the labor market and the state pension scheme.

A seismic change in the demographic structure is the prime reason for the extension.

"South Koreans' life expectancy is fast rising. The working-age population, or people aged 15 to 64, is falling amid rapid aging and low births," Lee Samsik, president of the Institute of Aging Society at Hanyang University in Seoul, said.

South Korea, one of the world's fastest aging societies, became an aged society in 2017, with the ratio of those aged 65 or older hitting 14 percent of the population of 52 million.

The country is expected to cross the threshold of a super-aged society in 2025, when the corresponding ratio accounts for 20 percent or higher, according to government data.

The fertility rate, meanwhile, remains at a record low as young people are delaying marriage or reluctant to get married amid an economic slowdown.

Experts warn the potential economic growth rate could fall to less than 2 percent next year and may stay in the 1 percent range until 2028. 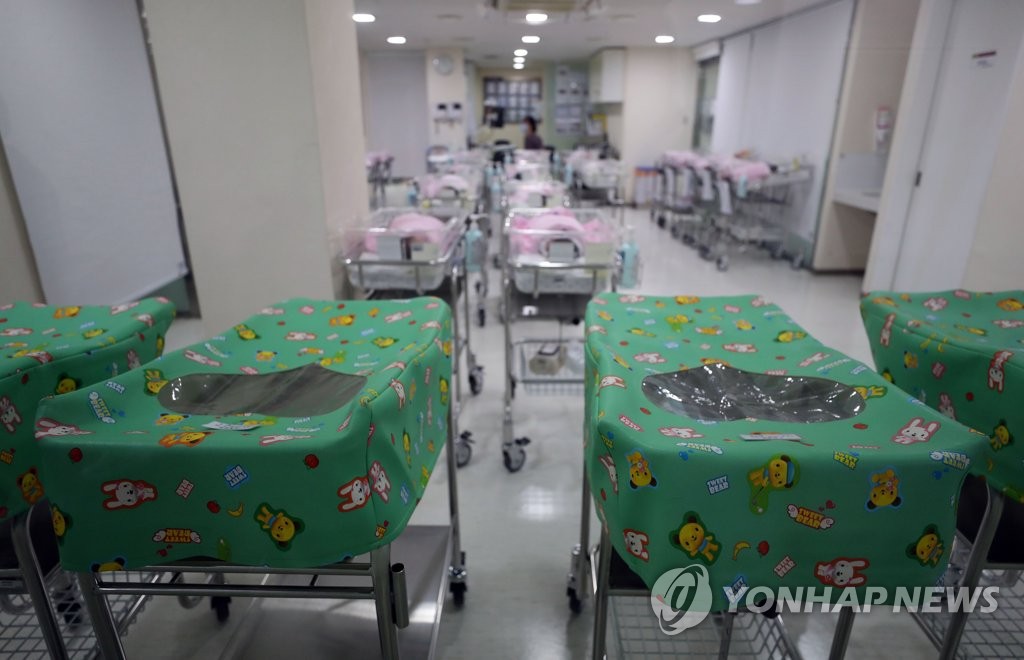 Other major countries are grappling with similar problems.

Japan, a super-aged society, may serve as a model for Korea.

In 2013, Japan revised a law to keep older workers in the labor market until 65. The law calls for requiring companies to choose one of three options -- extension or abolition of the retirement age and rehiring of temporary workers. Tokyo now seeks to raise the retirement age to 70 from 65.

Germany plans to raise it to 67 by 2029 from 65. The United States and Britain abolished the retirement age.

In Korea, the age 65 appears to be a plausible target for an extension after, in a landmark ruling in February, the top court recognized 65 as the maximum age that people can be physically fit to work from 60.

Rapid aging boosts the government's spending on social welfare. The government estimates its expenditure on the elderly population will reach nearly 17 trillion won (US$14.7 billion) in 2022, up from 9.8 trillion won for 2018.

If the retirement age rises to 65 this year, every 100 working-age people should support 13.1 older people, decreasing from 20.4 people when the age is set at 60.

"Without the retirement age extension, the so-called income crevasse could deepen, making retirees face financial troubles," said Choi Pae-kun, a professor of economics at Dankook University, referring to the period when retirees have no income until they can take state pensions.

Currently, the public pension age is 62, and it will rise to 65 in 2033. Without the extension, retirees could face a protracted period without an income.

Despite a litany of reasons that warrant the extension, the government remains prudent about the immediate adoption of a new retirement age due to its negative impact on youth employment.

South Korea's job market remains sluggish, with the unemployment rate for young adults -- those aged between 15 and 29 -- hovering around 10 percent in recent months.

Jung Yoon-sik (an alias), a contract worker at a public institution, does not support the retirement age increase.

Jung, in his early 30s, has made years of effort to find a decent permanent job but to no avail. He has been jumping around temporary jobs since his university graduation.

"I think young job seekers could be hampered by the retirement age extension. New job posts will probably fall if companies have to shoulder higher labor costs," he said.

Labor Minister Lee Jae-kap recently said that raising the retirement age should be a long-term task as the immediate adoption of a new one could negatively affect youth employment.

Nevertheless, experts said it is the time for South Korea to set up a road map on the retirement age extension.

"In 2030, there will be a shortage in the labor force. To make a soft landing of a new retirement age, we should start the discussions now," Lee said at Hanyang University. "We need at least 10 years to prepare for the extension."

Others stressed the need to enhance flexibility in the labor market and overhaul the income structure to back up the age extension.

South Korea has a seniority-based pay system, under which the longer an employee works, the more he or she gets paid regardless of productivity.

"If the flexible work-hour system is applied to those aged 60 or older, it could cushion higher labor costs," Professor Choi said. "The wage system also needs to be reformed into a merit-based pay scheme, based on reasonable assessments of performance." 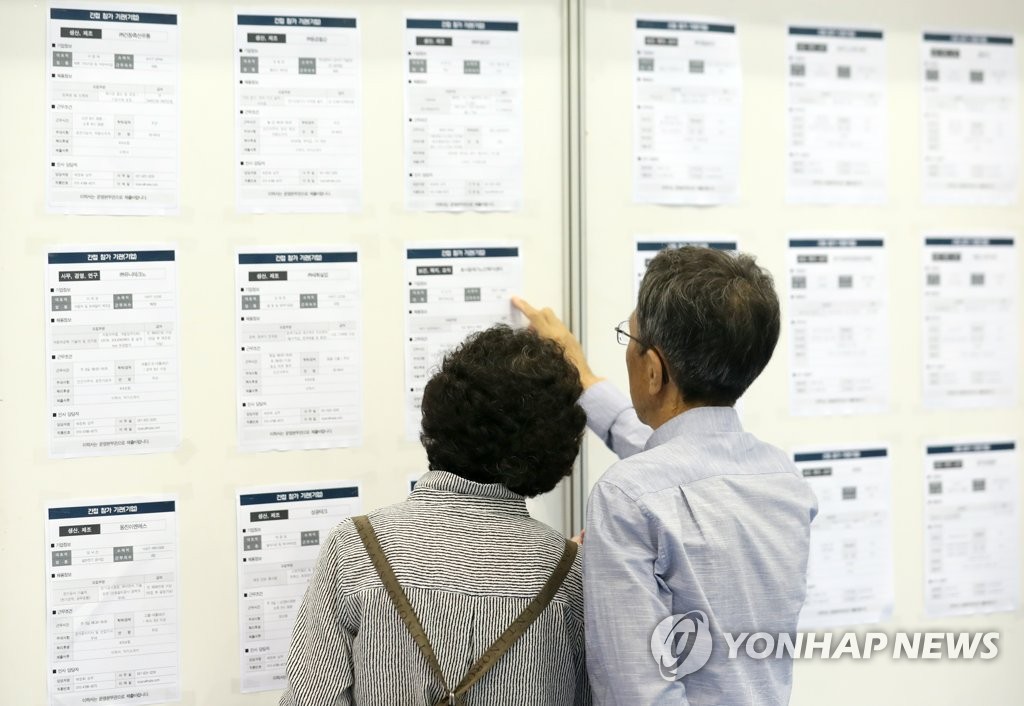