The collection of 49 poems, published in Korea in 2016 and translated by Choi Don-mee in 2018, was declared the international winner of this year's Griffin Poetry Prize, Canada's most prominent poetry award, founded in 2000 by businessman and philanthropist Scott Griffin.

The literary event recognizes the best Canadian and international poet every year.

Kim, currently a professor of creative writing at Seoul Institute of the Arts, and Choi, a Seoul-born educator living in Seattle in the U.S., were the first Koreans as well as the first Asian women ever to win the globally acclaimed literary prize.

The 64-year-old Kim was struck with a sudden blackout and lost consciousness while she was in the subway in 2015, when the country was undergoing a deadly outbreak of Middle East Respiratory Syndrome (MERS) and reeling from the fatal sinking of the ferry Sewol which killed 304 passengers a year earlier.

This experience led her to finish the poems in a whirlwind of fleeting inspiration on the subject of death. 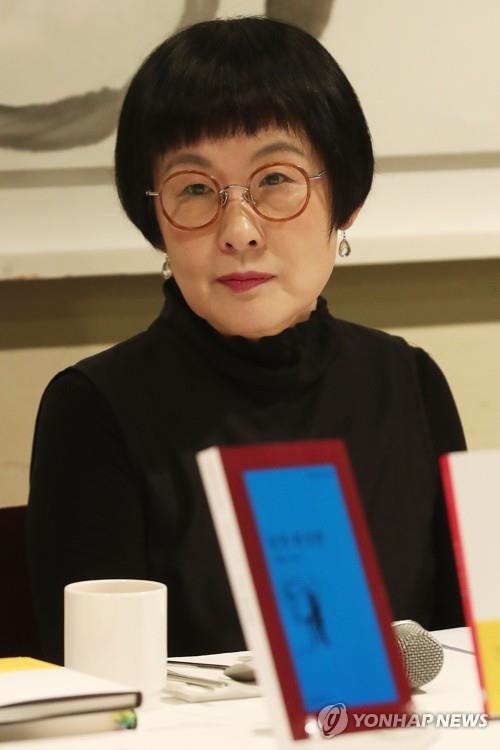 "The poems are about the death (experienced) by a living person. They are about the moments like death I once fell into, as well as the moments of social death by others," Kim said in a press conference in central Seoul.

She said she used "feminine and social" lenses to put such experiences into writing, calling the award-winning book "an autobiography of a living person who falls into a death situation."

"I guess such a poetic sensitivity might have appealed to the panel of judges," she said.

Recalling the moment they won, the poet said she and Choi were dumbfounded at first.

"The translator said at first we would never win the prize because we are Asians and women. So we went there to pick up the CAD$10,000 prize money and enjoy ourselves," she said.

"Having never expected to win it, I thought it was surreal when my name as called," Kim noted.

The selection of 49 poems was specially designed to match the Buddhist mourning ceremony held on the 49th day after a person's death, during which the after-death fate of a dead person is judged in Buddhist theology.

The duo are currently in the process of translating another of Kim's books of poetry, "Wing Phantom Pain," which will soon hit the shelves, into English, she said. 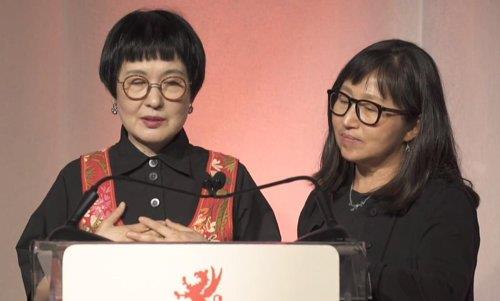