SEOUL, June 25 (Yonhap) -- A top policy aide to President Moon Jae-in on Tuesday emphasized the need for flexible economic policies in accordance with shifts in related situations, saying he won't be preoccupied with the "fair economy" mantra.

Kim Sang-jo, Cheong Wa Dae's chief policy secretary who served as the chairman of the Fair Trade Commission (FTC), also vowed efforts for close communication with representatives from various sectors in a bid to enhance the predictability of the government's economic policies.

He stressed that he's an "economist" who is well aware of costs and benefits and how to compare the two elements.

"I think that actively contacting the press and explaining about policies has more benefits than costs," Kim said during an introductory meeting with the Cheong Wa Dae press corps. 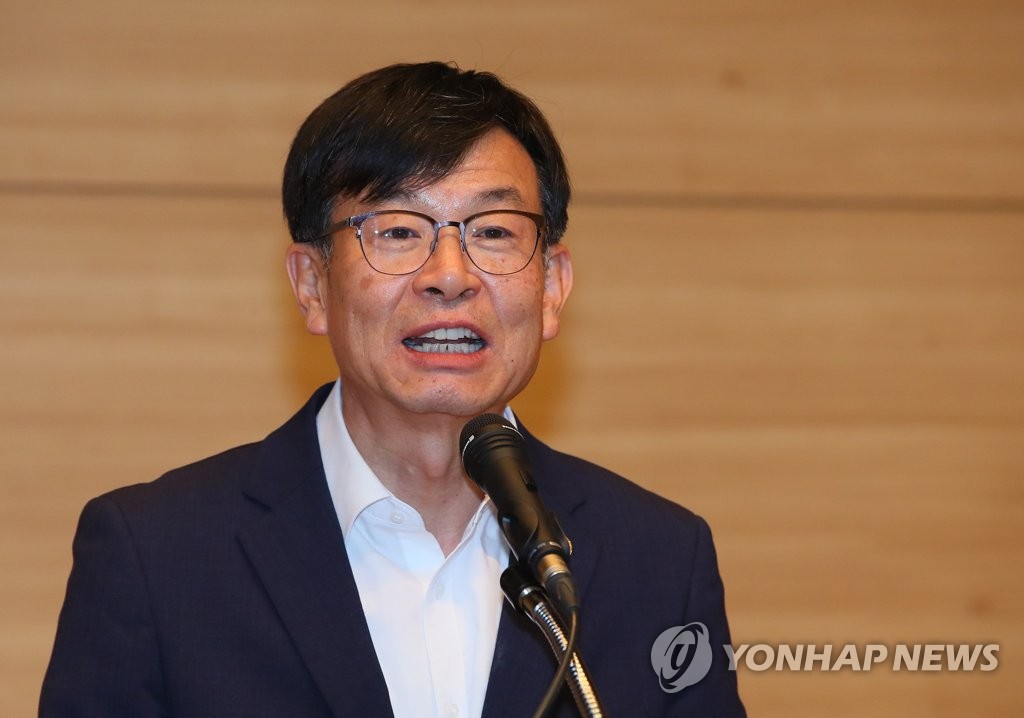 He added he will soon meet with representatives from the National Assembly, civic groups and business and labor circles as well.

Kim, formerly an economics professor and civic activist known for a campaign to reform South Korea's family-owned conglomerates, dismissed concerns that he will take a hard-line approach towards big businesses as a Cheong Wa Dae official.

The two should go together and it's the same for income-driven growth, he added.

"I think the key is to adjust policy priorities, depending on economic conditions at every moment," Kim said.

He asked media to review what and how he did as the FTC chief.