SEOUL, June 25 (Yonhap) -- A South Korean man was arrested Tuesday for crashing his sedan into the front gate of the U.S. Embassy in central Seoul, police said. No one was hurt in the incident.

Officials at the Jongno Police Station said the 40-year-old man, identified only by his surname, Park, suddenly turned his car toward the embassy gate and rammed into it. Some 20 cans of butane gas were found in the car.

Investigators are trying to find out about his motive for the crash. They plan to seek a warrant on Wednesday to formally detain him. 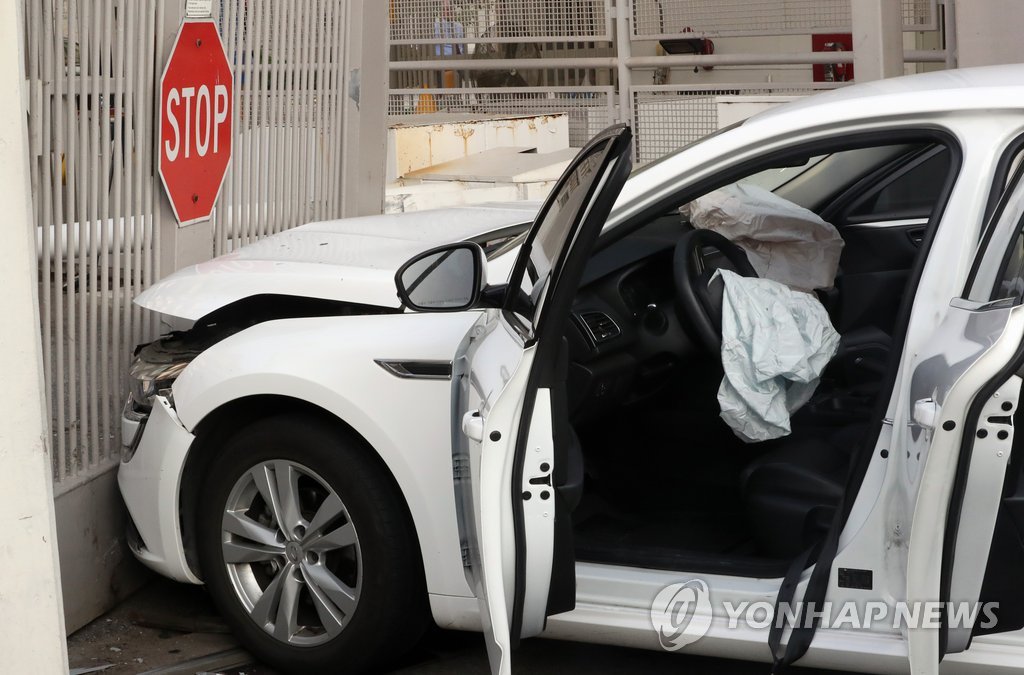 Man arrested for crashing his car into U.S. embassy

Man arrested for crashing his car into U.S. embassy