SEJONG, June 26 (Yonhap) -- South Korea said Wednesday that it will provide 70 trillion won (US$60.5 billion) to nurture the service sector and will speed up the process for a multibillion-dollar project to build a theme park.

Hong Nam-ki, the minister of economy and finance, said development of the service industry is a must for a new economic take-off. He made the comments in a meeting on boosting the country's service industry. 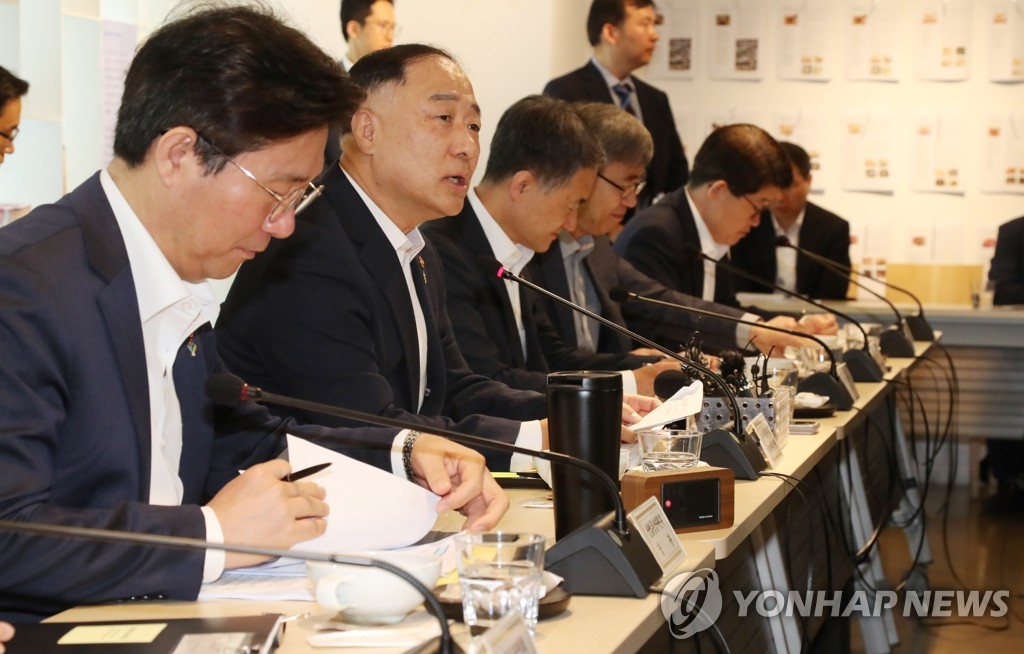 The ministry said South Korea's policy lenders will take the lead in extending loans to the service sector by 2023.

According to the ministry, the government will expedite administrative procedures to ensure an amusement park project can break ground in Hwaseong, about 60 kilometers south of Seoul, in 2021.

A consortium led by Shinsegae Property, a unit of South Korean retail giant Shinsegae, was selected in February as a preferred bidder for the 4.5 trillion-won project, which could rival similar theme parks in Japan and Singapore.

Hong also announced a plan to hold a K-pop festival in major cities from late September to October. The government plans to stage the festival in May and October every year.

The government said it will offer an improved visa system and increased flight services during the festival to attract more foreign tourists to the country, which has been struggling to offset its chronic deficit in tourism.

K-pop -- which features choreographed dances by boy or girl groups -- has gained ground in not only Asia but the United States and Europe in recent years.

In April, President Moon Jae-in stressed the need to develop new appealing reasons for tourists to visit South Korea, such as a tour program themed after the Korean Wave of popular culture, or "hallyu."

South Korea sees K-pop and its broader Korean Wave as soft power that can appeal to young people around the world and increase its relevance to them.