Moon held a one-on-one meeting with Prince Mohammed at the presidential office Cheong Wa Dae, followed by a ceremony to sign a set of tentative deals on cooperation and an official luncheon.

Prince Mohammed also serves as his nation's deputy prime minister and the defense minister. The two-day trip starting Wednesday is his first visit to South Korea and the first by a Saudi crown prince since 1998. 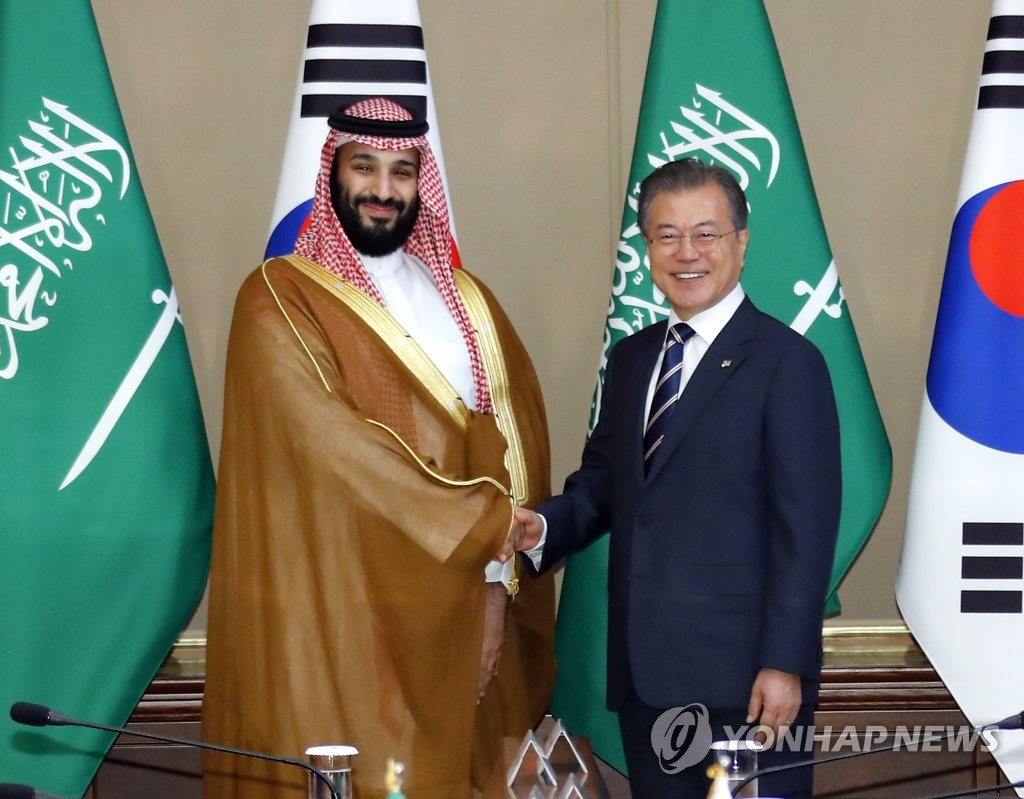 The two nations agreed to further expand cooperation "across all areas of the bilateral relationship," according to a joint press release.

"Since the two countries established diplomatic ties in 1962, they have promoted their special partnership and cooperation. I hope the two countries can develop mutual prosperity and co-existence," Moon said at the start of the meeting.

In tandem with the implementation of Saudi Vision 2030, Korea and Saudi Arabia have witnessed the expansion of cooperation into diverse areas including health care, medical services, information and communications technology and culture, the statement said.

Saudi Vision 2030 refers the Middle Eastern country's project centering on diversifying its economic portfolio by reducing its heavy dependence on the energy segment. In 2017, South Korea and Saudi Arabia launched a joint 2030 project to promote the two countries' exchanges.

Moon and Mohammed agreed to accelerate cooperation to realize the Korea-Saudi Vision 2030 partnership and set up offices tasked with its implementation in Seoul and Riyadh.

They also decided to diversify cooperation into new industries in the era of the so-called fourth industrial revolution.

"I hope companies from both nations could set up the strategic and cooperative relationship through vibrant business activity," Prince Mohammed said.

In a related move, the two nations signed 10 memorandums of understanding (MOUs) to promote cooperation in such fields as ICT, the auto industry, the hydrogen-based economy and health care.

The South Korean president hosted an official luncheon at Cheong Wa Dae, which was attended by around 100 participants from the political, business and cultural sectors from both nations.

Moon and Prince Mohammed attended a ceremony to mark the completion of petrochemical production facilities by S-Oil Corp., a major South Korean refiner that is owned by Saudi Aramco, the Saudi state oil company.

The facilities, located in Ulsan, 410 kilometers southeast of Seoul, have been in operation since November. But the ceremony was held earlier in the day to coincide with the crown prince's trip. 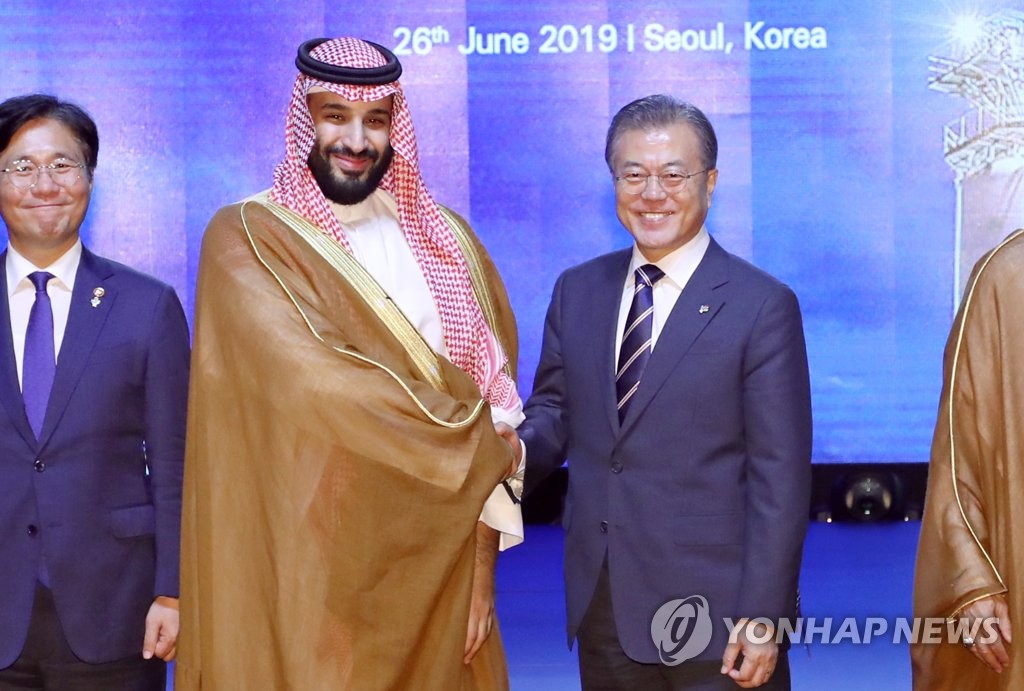