SEOUL, June 26 (Yonhap) -- President Moon Jae-in on Wednesday requested Japan to pool wisdom to resolve compensation issues associated with its 1910-45 colonial rule of Korea, a day before heading to Osaka for a Group of 20 summit.

Moon emphasized that relations between Seoul and Tokyo are very important and that "they should continue to advance in a more forward-looking way," presenting his view in a joint written interview with Yonhap News Agency and six other global news agencies.

"The governments of our two countries have to pool our wisdom to prevent historical issues from damaging forward-looking cooperative relations," he said. "In order to advance Korea-Japan relations, historical issues should not be exploited for domestic political gain." 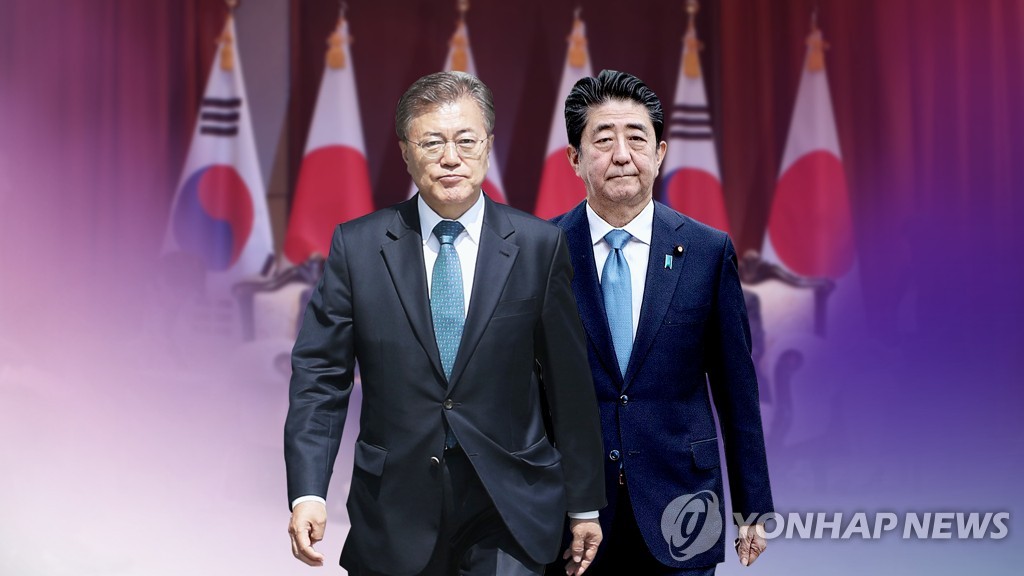 Touching on his administration's latest offer of a specific measure to resolve the wartime forced labor issue, he said it's a "viable option" in terms of efforts for a victims-oriented resolution.

Seoul has proposed creating a joint fund by firms of the two nations to compensate the Korean victims of the forced labor during World War II.

Tokyo rejected this, however, reiterating its assertion that all reparation-related matters were settled in a 1965 bilateral treaty on economic cooperation and diplomatic ties between the neighboring countries.

"Even though (South) Korea and Japan signed treaties, the wounds from the past are surfacing anew as international norms develop and awareness of human rights is enhanced," Moon stressed. "And, above all, it should be accepted that the victims are still suffering from the pain. At the end of the day, our two countries' wisdom has to be focused on how to actually heal the victims' pain."

While his Cheong Wa Dae aides announced that Moon has no plan to meet bilaterally with Japanese Prime Minister Shinzo Abe this week, the president left the possibility open.

"For my part, the door is always open for dialogue between our two leaders in order to advance Korea-Japan relations. ... Whether we can take advantage of the opportunity presented by the G-20 summit depends on Japan," he said.

His remarks keeps the odds of an impromptu one-one-one summit alive before Moon returns to Seoul on Saturday.