BUSAN, June 26 (Yonhap) -- KT Wiz's All-Star outfielder Kang Baek-ho has sustained a serious hand injury on a piece of metal sticking out at a road stadium, prompting the tenant of the ballpark to apologize for its lack of oversight.

Kang, the reigning Rookie of the Year in the Korea Baseball Organization (KBO), suffered a deep cut in his right hand after making a catch in foul territory during Tuesday's game against the Lotte Giants at Sajik Stadium in Busan, 450 kilometers southeast of Seoul. 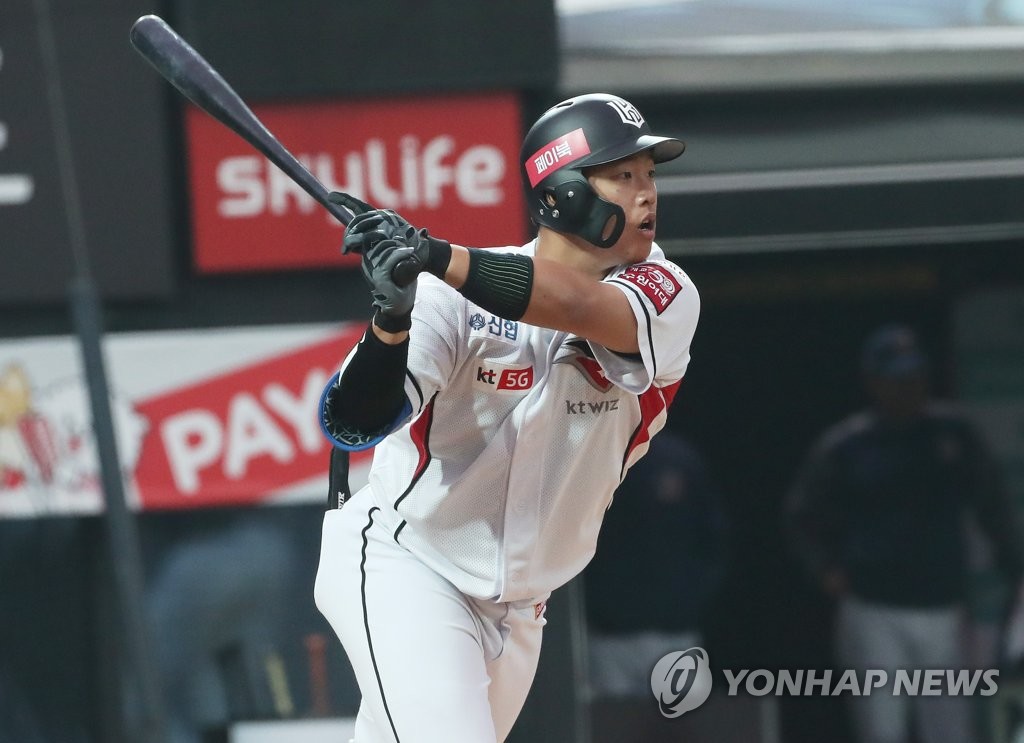 As his momentum carried him to the fence, Kang put his right, non-glove hand forward to slow himself. But the hand ended up catching the sharp metal piece holding down the safety netting, and Kang immediately turned and went down to his knees in apparent pain.

He called for help and was soon lifted from the game, with blood seeping through a bandage.

The Wiz said Kang has a 5-centimeter cut on his right palm and sustained muscle damage as well. He will be reevaluated in Seoul later Wednesday and will be sidelined indefinitely.

Kang was the overwhelming winner of the top rookie award last year after leading all freshmen with 29 home runs -- one shy of the all-time rookie record -- and 84 RBIs, while putting up a robust .290/.356/.524 line. He also scored 108 runs.

The 19-year-old is leading all outfielders in All-Star votes for the Dream Team, which will be made up of players from the Wiz, Giants, SK Wyverns, Samsung Lions and Doosan Bears. Kang was an All-Star reserve last year and was in line to make his first start.

The Giants said they "regret" Kang's injury, and they will immediately address safety issues at Sajik Stadium.

"We'll deliver an apology to Kang Baek-ho, and we wish him a speedy recovery," the Giants said. 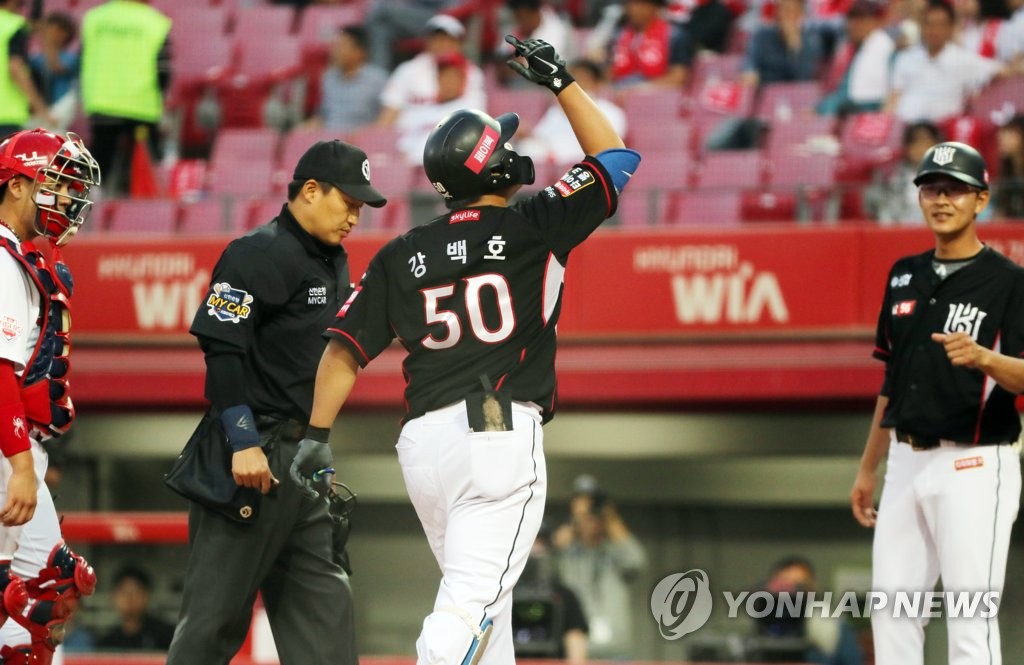