SEOUL, June 26 (Yonhap) -- SK hynix Inc., a major chipmaker here, said Wednesday that it has started mass-producing the industry's highest vertically stacking 4D NAND flash chip, with shipment expected in the second half of the year.

TLC chips account for more than 85 percent of the NAND flash market and have excellent performance and reliability, according to SK hynix.

SK hynix said that with 128-layer 1TB NAND flash, the number of NAND chips necessary for a 1TB product, currently the largest capacity for a smartphone, will be reduced by half. 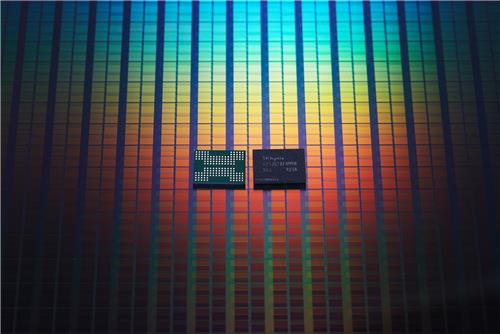