SEJONG, June 26 (Yonhap) -- The number of newborns in South Korea fell 6.1 percent in April from a year earlier, government data showed Wednesday, a sign of the continuing low birthrate that has plagued Asia's fourth-largest economy for more than a decade.

The data compiled by Statistics Korea showed that 26,100 babies were born in April, compared with 27,800 babies tallied in the same month of 2018.

It marks the lowest number of newborns reported for any April since 1981, when the statistics agency started compiling data on newborns on a monthly basis.

The decline in childbirths comes as some young South Koreans are opting to distance themselves from life's three major milestones -- dating, marriage and having children -- because they cannot find decent jobs amid a prolonged economic slowdown. 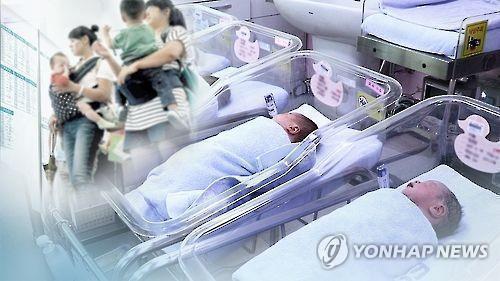 Childbirths down 6.1 pct in April

Childbirths down 6.1 pct in April