(ATTN: ADDS photo, more info in paras 8-9; CORRECTS para 2 to say the remarks were made in statement, not interview; UPDATES with minor edits)
By Choi Soo-hyang

SEOUL, June 26 (Yonhap) -- North Korea on Wednesday accused U.S. Secretary of State Mike Pompeo and other officials of "antagonism" toward Pyongyang, claiming they are preventing improvement in relations between the two sides and denuclearization of the Korean Peninsula.

A spokesperson for the North's foreign ministry also warned that more sanctions on the communist nation would be an "outright challenge" to the joint statement signed by their leaders in Singapore last year, the Korean Central News Agency reported.

"Even though the supreme leaders devote their all for establishing new DPRK-U.S. relations, it would be difficult to look forward to the improvement of the bilateral relations and denuclearization of the Korean peninsula as long as the American politics are dominated by the policy-makers who have an inveterate antagonism towards the DPRK," the spokesperson said, according to the Korean Central News Agency.

DPRK is the abbreviation for the North's official name, the Democratic People's Republic of Korea.

The criticism came amid growing hopes for the resumption of nuclear talks between Washington and Pyongyang, with U.S. President Donald Trump and North Korean leader Kim Jong-un exchanging personal letters after months of stalemate in denuclearization negotiations.

Despite such exchanges, the North claimed that the U.S. is getting "ever more undisguised in its hostility toward us," quoting Pompeo as saying that "some 80-plus percent of the North Korean economy is sanctioned."

"If the U.S. sanctions are affecting 80-plus percent of our economy, as Pompeo mentioned, the question is whether the U.S. target is to raise it up to 100 percent," the official said, stressing that Pyongyang will not "thirst for a lifting of sanctions" despite such pressure.

The criticism was apparently based on confusion over Pompeo's recent remarks.

Speaking to reporters about North Korea and Iran in quick succession, Pompeo said earlier this week that "some 80-plus percent of the North Korean economy" is sanctioned when he should have said "the Iranian economy." He almost immediately corrected his comment.

"Our state is not a country that will surrender to the U.S. sanctions, nor are we a country which the U.S. could attack whenever it desires to do so," the spokesperson said. "If anyone dares to trample over our sovereignty and the right to existence, we will not hesitate to pull a muscle-flexing trigger in order to defend ourselves." 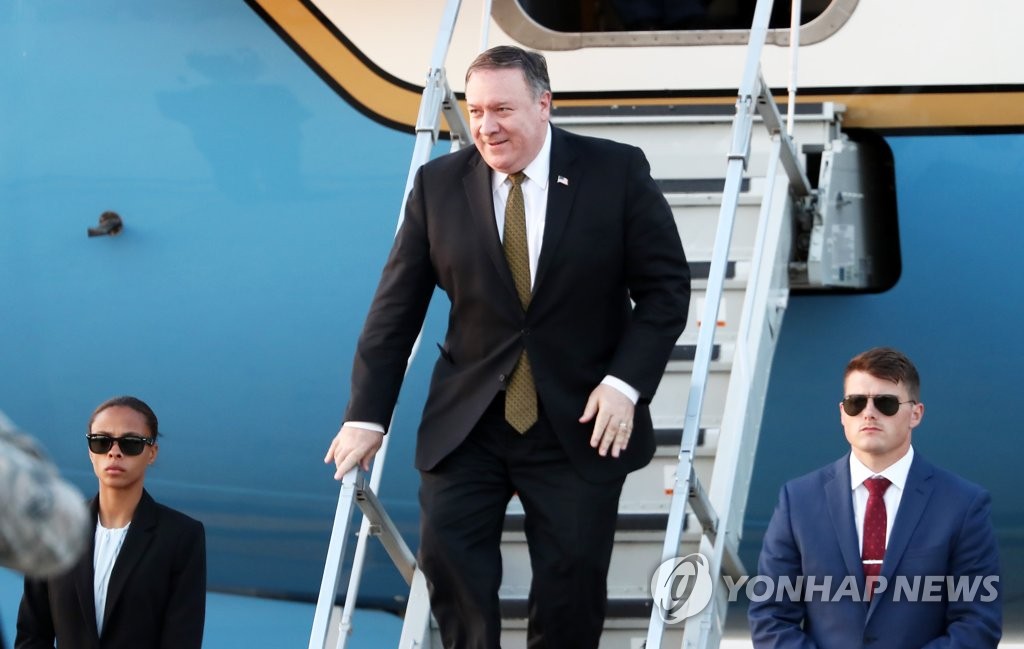