Kim Hyun-mee, who heads the Ministry of Land, Infrastructure and Transport, made the remarks at a press meeting as apartment prices in some areas began to curve upward this month.

"The government is closely monitoring the housing market every day," Kim said. "If it appears to be overheated, the government will use various measures immediately."

The Moon Jae-in administration has introduced a series of regulations in recent years to stabilize the country's overheated property market. Seoul's real estate market started to cool down after the government announced the so-called Sept. 13 measures last year, which imposed tougher tax and financial regulations on owners of high-priced houses and multiple homes. 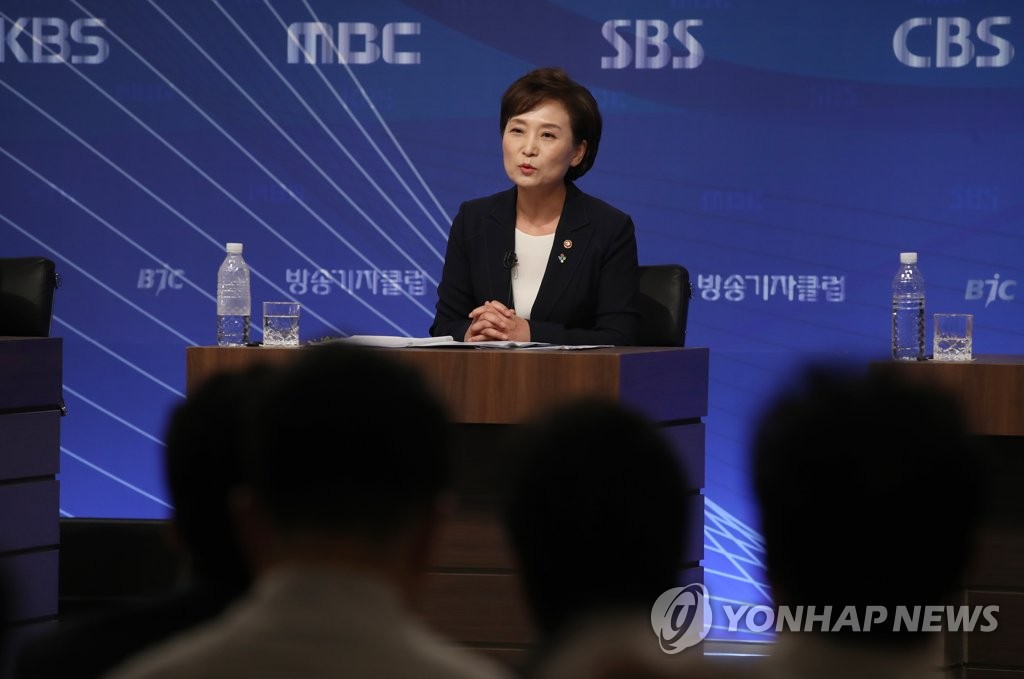