Final tests and evaluations confirmed that the new system met all the military requirements and is to replace aging 107-mm mortars, according to the Defense Acquisition Program Administration (DAPA).

The range of the new weapon is 2.3 times longer and its firepower is 1.9 times greater than the 107-mm mortars, according to DAPA.

Equipped with an autonomic fire control and reloading system, it is able to carry out duties in line with other weapons on a real time basis. Its design feature of rotating a full 360 degrees on its own also allows its swift response to targets, DAPA said.

The 41.3 billion won (US$35.73 million) project that has been under way since 2014 saw the participation of the country's major defense companies, including Hanwha Defense Co., as well as 100 small firms.

"The new mortar system is expected to greatly boost the mission capabilities of our troops," DAPA official Brig. Gen. Kim Gi-taek said. "We will proactively support its advance into overseas markets." 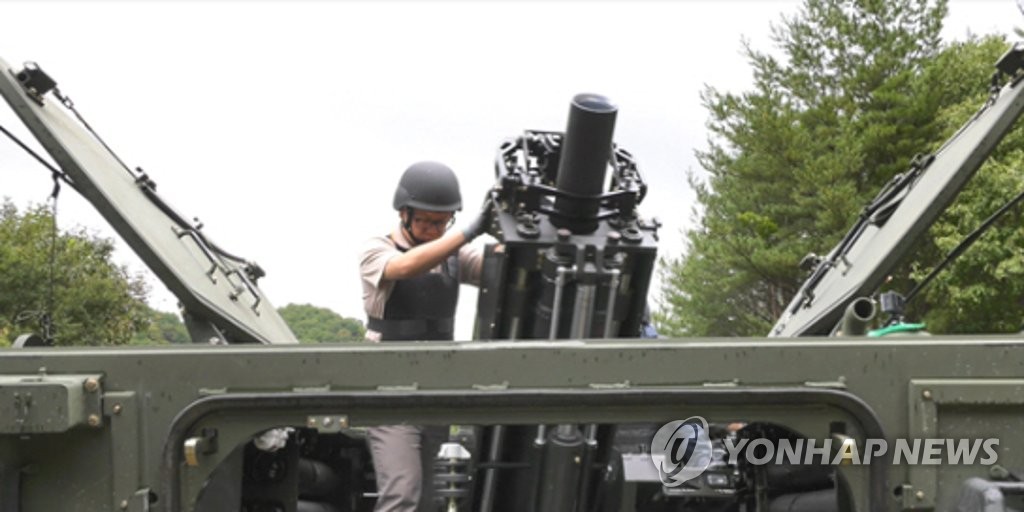