The 23rd Bucheon International Fantastic Film Festival (BiFan) will run from June 27 to July 7 under the motto "Love, Fantasy and Adventure," with special attention to science fiction flicks.

One of its official posters is inspired by the 1982 sci-fi film "Blade Runner" by Ridley Scott, which is set in a dystopian city in 2019.

Audiences can check out Godzilla, Gamera and other monster movies in the "Robots: Future Beyond the Human Race" program, where classic films featuring robots like "The Hitchhiker's Guide to the Galaxy" will be shown.

Moreover, commemorating the 100th anniversary of the Korean film industry, the festival will screen 13 Korean genre movies, including musical, sci-fi, horror and monster films, under the title "A Crazy Chronicle of Korean Genre Cinema." It features a range of films from the 1949 musical "The Blue Hill" to the 2003 mystery horror "A Tale of Two Sisters."

Opening the festival will be the Asian premiere of Mexican director Edgar Nito's "The Gasoline Thieves," which narrates a realistic story about the fuel-stealing phenomenon in the Central American country.

The closing film is Korean director Ko Myoung-sung's mystery thriller "The 12th Suspect," featuring a murder investigation and which touches on guilt, ideology and opportunism in the post-Korean War era.

Eight films, including "Abyss: The Girl's Eye" by Chang Hyun-sang and "Lapse" by Chae Soo-eung, will vie for prize in the Korean Fantastic section.

Ant Timpson's "Come to Daddy," Talal Selhami's "Achoura" and 10 other movies were invited to the Bucheon Choice competition, aimed at highlighting new trends.

Actress Kim Hye-soo will adorn the festival's special silver-screen star section. Her 10 best movies, including "Tazza: The High Rollers" (2006), "The Thieves" (2012) and "Default" (2018) will be screened during the period.

The opening ceremony of BiFan will be broadcast live for the first time via SBS. 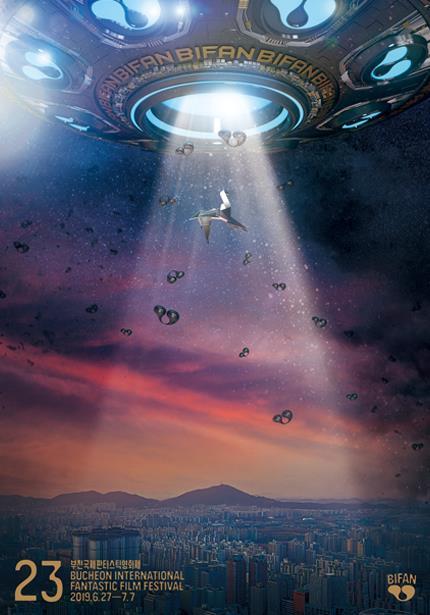