Jung, a disgraced singer and TV personality, and Choi, a former member of boy band FT Island, have been arrested, indicted and referred for trial on charges that they sexually assaulted a woman with other members of a mobile chat room during a drinking party in 2016.

The 30-year-old Jung was arrested and indicted in March on charges of secretly filming himself having sex with women and sharing the footage with friends on mobile chats. He was additionally charged with committing rape together with Choi and others during the 2016 drinking party. 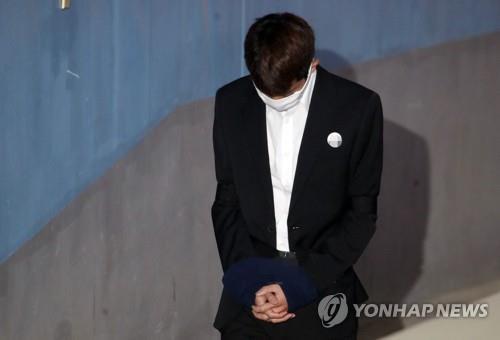 In a joint trial at the Seoul Central District Court, Jung's lawyer said his client admitted to the charges of secretly filming and sharing sex videos but denied the rape charge.

"Jung admitted to having sex with a woman at a party in 2016 but the sexual act was done by mutual agreement. The act was not premeditated and the victim was not disabled at that time," the lawyer argued.

In the same hearing, Choi denied all criminal charges against him after insisting through his lawyer that he had never had sex with the woman in 2016.

"Even if other defendants had sex with a female participant (in the 2016 party), it was unlikely that the sex was had against her will," Choi's lawyer said. The lawyer also said Choi denied the charge of sexually harassing the female victim during the drinking party. 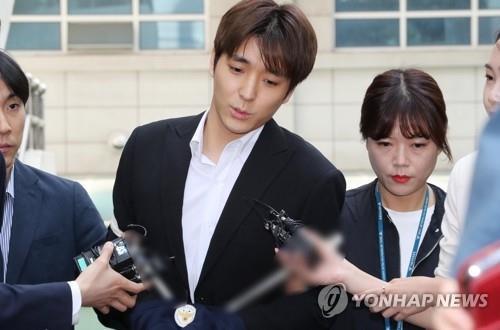 The victim reportedly said in earlier police questioning that she was sexually assaulted while intoxicated after having drinks with Jung, Choi and three others in March 2016.

Both Jung and Choi attended their first court hearing wearing suits but avoided looking at each other.

Jung is accused of recording sex videos of about 10 women he slept with and uploading them to a KakaoTalk messenger chat room in late 2015 to share them with other entertainers, including Seungri, a former member of K-pop boy band BIGBANG. Jung had gained wide popularity after appearing in popular entertainment programs.