SEOUL, June 28 (Yonhap) -- A body found in Hungary's Danube River last week has been confirmed to be a South Korean woman missing from a deadly tour boat sinking, the foreign ministry in Seoul said Friday.

That brought the number of South Koreans still unaccounted for in the May 29 sinking to two, with 24 other Koreans and two Hungarian crew members confirmed dead.

A DNA test identified the body as a female in her 60s, one of the 33 South Korean passengers aboard the sightseeing boat, when it capsized and sank after being hit by a larger cruise ship from behind.

She was found last Saturday some 30 kilometers away from the sinking site in Budapest.

The Korean government has asked Hungary and other neighboring countries for full assistance in search operations and also called for a thorough investigation into the cause of the accident.

Seven were rescued and seven others were found drowned on the night of the accident. Two Hungarian crew members also drowned.

The ship was raised from the riverbed early this month. 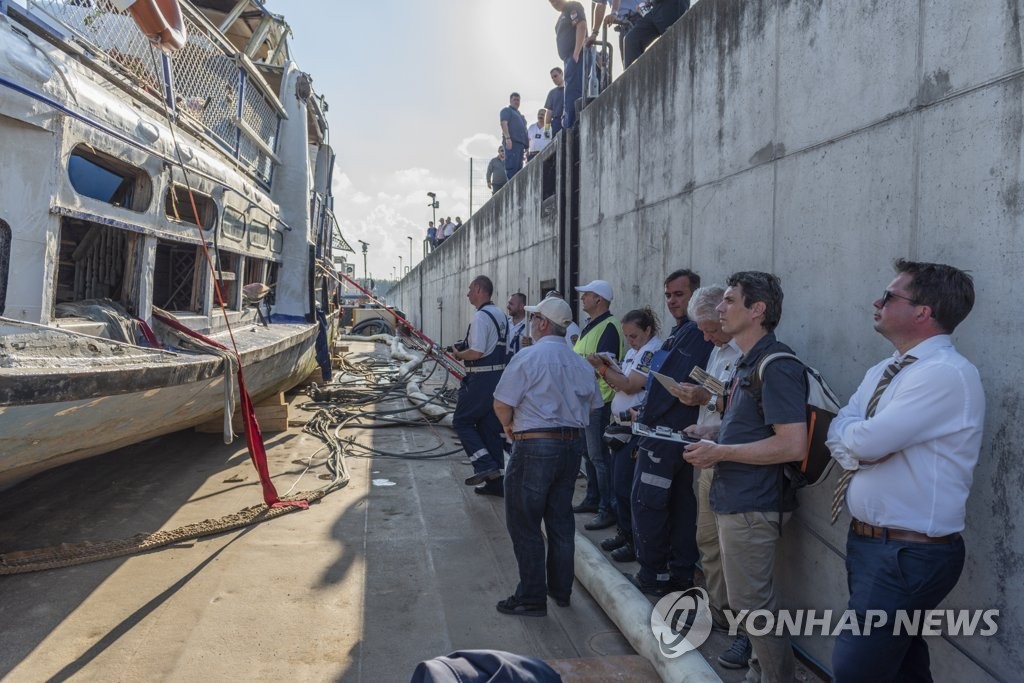