He delivered the message to Indonesian President Joko Widodo in their talks held on the fringes of the Group of 20 summit in Osaka, Japan.

The two sides are in negotiations on a Comprehensive Economic Partnership Agreement (CEPA), which is equivalent to a free trade agreement but also focuses on a broader scope of economic cooperation beyond trade.

Moon said he expects the talks to proceed well and an agreement to be inked on the occasion of the two-day South Korea-Association of Southeast Asian Nations special summit on Nov. 25. 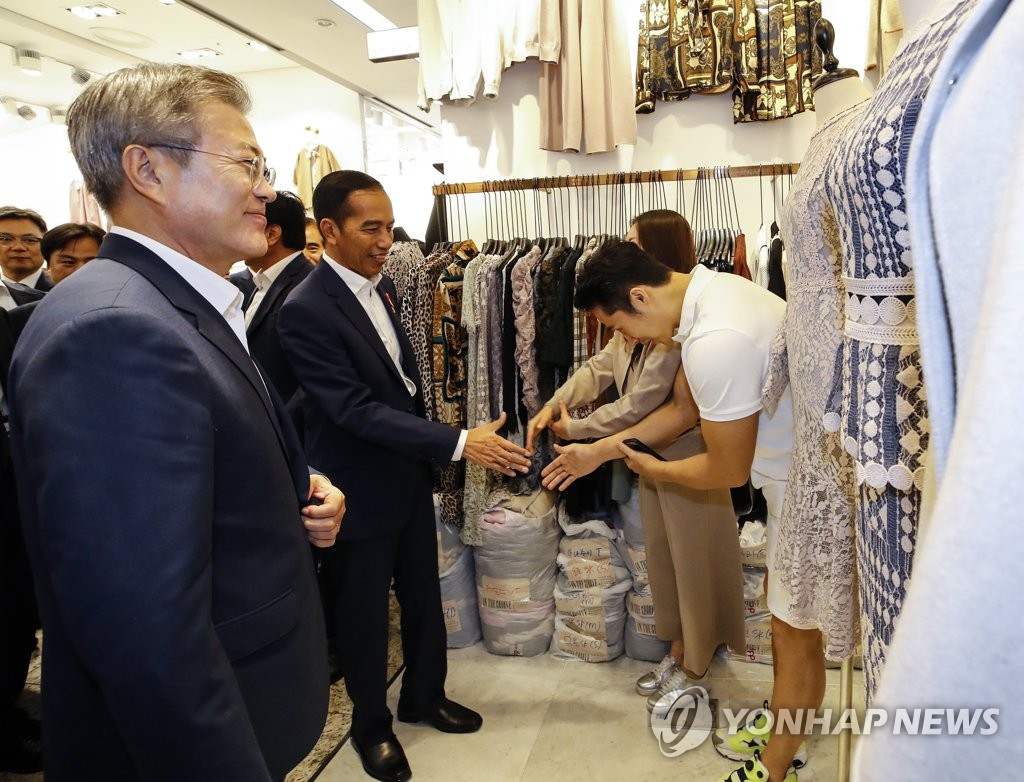 The special summit will be held in Busan to commemorate the 30th anniversary of ties between ASEAN and South Korea. It will be followed by a separate session on Nov. 27, involving the leaders of five ASEAN countries located around the Mekong River -- Cambodia, Myanmar, Laos, Vietnam and Thailand.

Moon also stressed that South Korea is an optimal partner in Indonesia's infrastructure construction, especially given its interest in light rail transit (LRT) systems, due to its related experience and technology.

He expressed hope in the joint project by the two countries to develop a next-generation fighter jet, code-named KF-X/IF-X.

Widodo appreciated the South Korean government's strong push for improving ties with Indonesia and other Southeast Asian nations, according to Cheong Wa Dae.

Having been reelected in May, Widodo proposed concerted efforts to bring bilateral relations to a new level over the next five years.

Moon aims to sign trade deal with Indonesia by November

Moon aims to sign trade deal with Indonesia by November