SEOUL, June 29 (Yonhap) -- U.S. President Donald Trump began a dinner meeting with President Moon Jae-in at Cheong Wa Dae on Saturday, soon after arriving in South Korea from Japan, where he attended a Group of 20 summit.

He landed at Osan Air Base in Gyeonggi Province on Air Force One and was greeted by South Korean and U.S. officials including Washington's top envoy in Seoul, Harry Harris.

Trump then boarded the Marine One chopper bound for the U.S. military base in Yongsan in central Seoul. He used a car to reach Cheong Wa Dae.

He took a walk with Moon and chatted over cocktails for several minutes before dining together at the Sangchunjae pavilion, a beautiful structure modeled after a traditional Korean house, or hanok.

The official welcoming dinner came in advance of their formal summit talks the following day, with Trump also scheduled to visit the Demilitarized Zone (DMZ), which serves as the inter-Korean border. He hopes for a meeting with North Korean leader Kim Jong-un there but it's unclear whether Kim will show up. 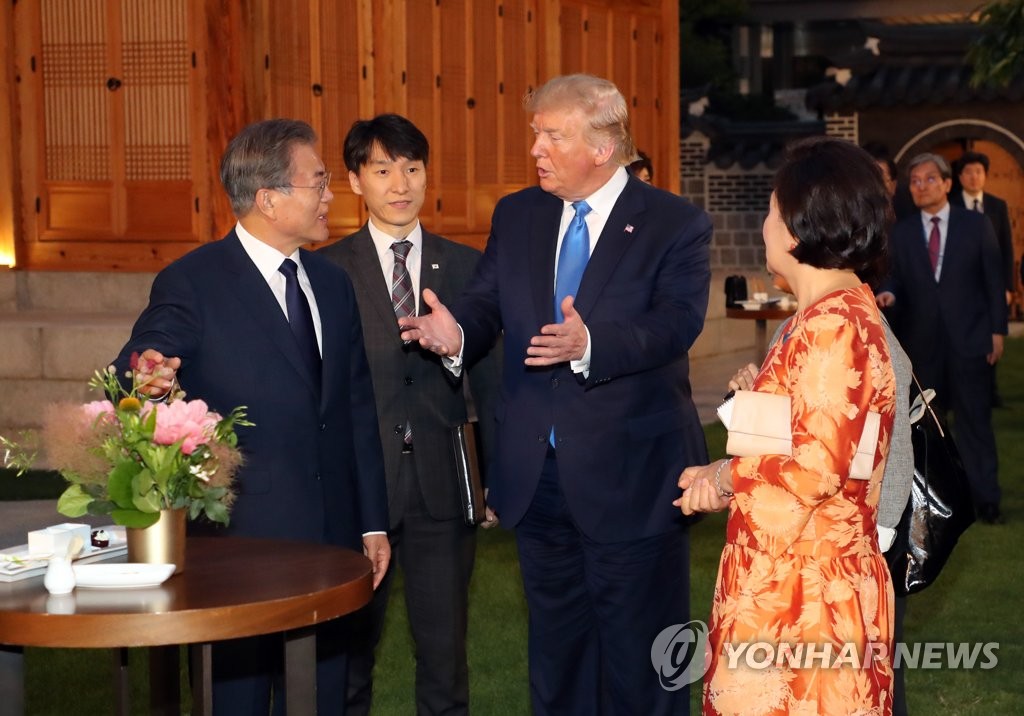 During his previous trip to South Korea in November 2017, Trump planned to tour the DMZ along with Moon, but it was aborted due to heavy morning fog and mist.

In Seoul, Trump will hold a group meeting with more than a dozen South Korean business leaders at a hotel shortly before his summit with Moon at Cheong Wa Dae. It will be their first formal one-on-one talks since their White House session in April.

Trump is then expected to head to the DMZ, which he called a "real border." Cheong Wa Dae has not announced yet whether Moon will go there with the U.S. president.

Hours before leaving Osaka, Trump sent an invitation to the North's leader via Twitter.

"While there, if Chairman Kim of North Korea sees this, I would meet him at the Border/DMZ just to shake his hand and say Hello(?)!" he wrote. 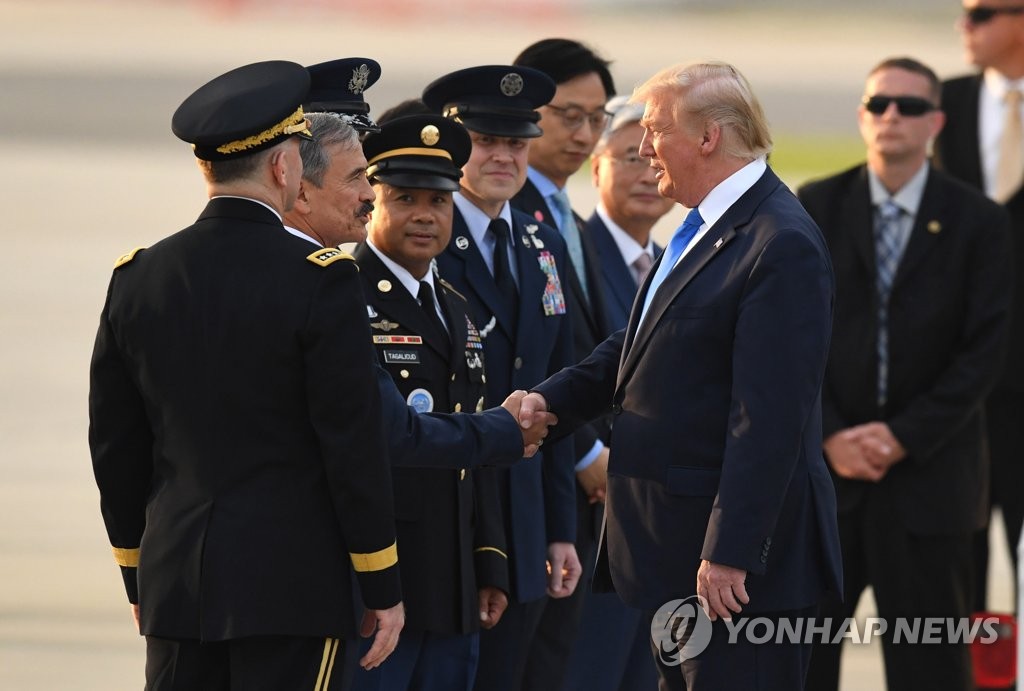 If realized, she added, it would serve as "another meaningful occasion in further deepening the personal relations between the two leaders and advancing the bilateral relations."

But Choe added Pyongyang has not received any related official proposal yet from Washington.

Earlier, Moon said the two sides are in "behind-the-scenes" talks on a third summit.

Regardless of whether Kim appears for the proposed DMZ meeting or not, Trump is expected to send a message to him across the border. 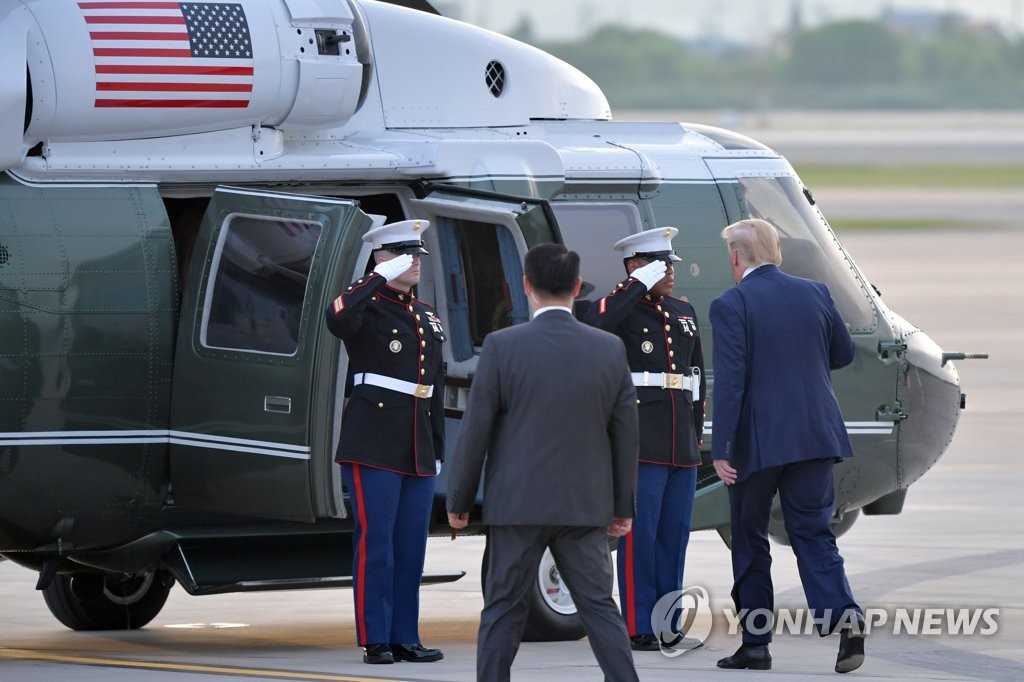