SEOUL, June 30 (Yonhap) -- South Koreans on Sunday expressed optimism that the peace process on the Korean Peninsula may quicken after the leaders of the United States and North Korea held a surprise meeting at the inter-Korean border village of Panmunjom.

Earlier in the day, U.S. President Donald Trump and North Korean leader Kim Jong-un shook hands at the inter-Korean border in a historic moment. They also met South Korean President Moon Jae-in together before holding one-on-one talks on the southern side of the Demilitarized Zone (DMZ) that bisects the two Koreas.

Seoul citizens, who watched the scene on TV in waiting rooms at Seoul Station and Seoul Express Bus Terminal, cheered the meeting -- some even clapped. 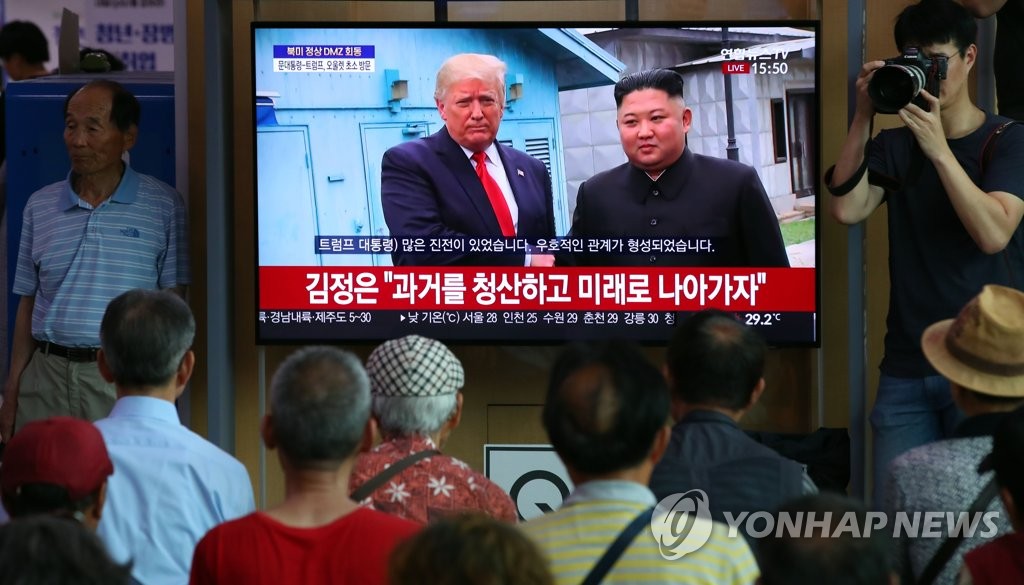 "Throughout my life, I've never imagined the scene of the leaders of the two Koreas and the U.S. meeting in one place," said a 67-year-old who identified himself only as Kim. "I harbored doubts about whether such a meeting could be possible. But I am so thrilled to see the three gather at the same place."

The meeting came as a surprise as denuclearization talks between the U.S. and North Korea had stalled following the no-deal summit between Trump and Kim in Hanoi in February.

"For the whole day, I prayed for the three leaders to join hands in improving ties," said Noh Yoon-seo, 65. "I hope the day of vibrant inter-Korean exchanges will come soon, leaving unification aside."

Residents in border areas and provinces expressed hope that Sunday's meeting could pave the way for kick-starting stalled inter-Korean exchanges and cooperative projects.

"I was glued to the TV screen to see the three leaders writing a page of history," said Kim Dong-gu, chief of the Daeseong-dong village, a civilian village on the southern side of the DMZ.

"Trump crossed onto North Korean soil and invited Kim to the White House. I feel like the Korean War will end tomorrow," he said.

The province houses gateways to the North in connection to a project to link disconnected inter-Korean railways on the east coast and a now-suspended joint tour program at Mount Kumgang in North Korea.

But there are some voices cautioning against excessive optimism.

"The three leaders' meeting at the DMZ will go down in history. But as the outcome of previous inter-Korean summits shows, I think such a gathering would be a one-off event," said a 29-year-old office worker in Seoul, who wanted to be identified only by his surname, Jeong.

A resident in the eastern border town of Cheorwon, gave a similar view.

"Residents in border areas had high expectations (for better inter-Korean ties) through several summit talks, but many things returned to their original situations," he said. "I think it remains to be seen whether Sunday's meeting could evolve into a positive development." 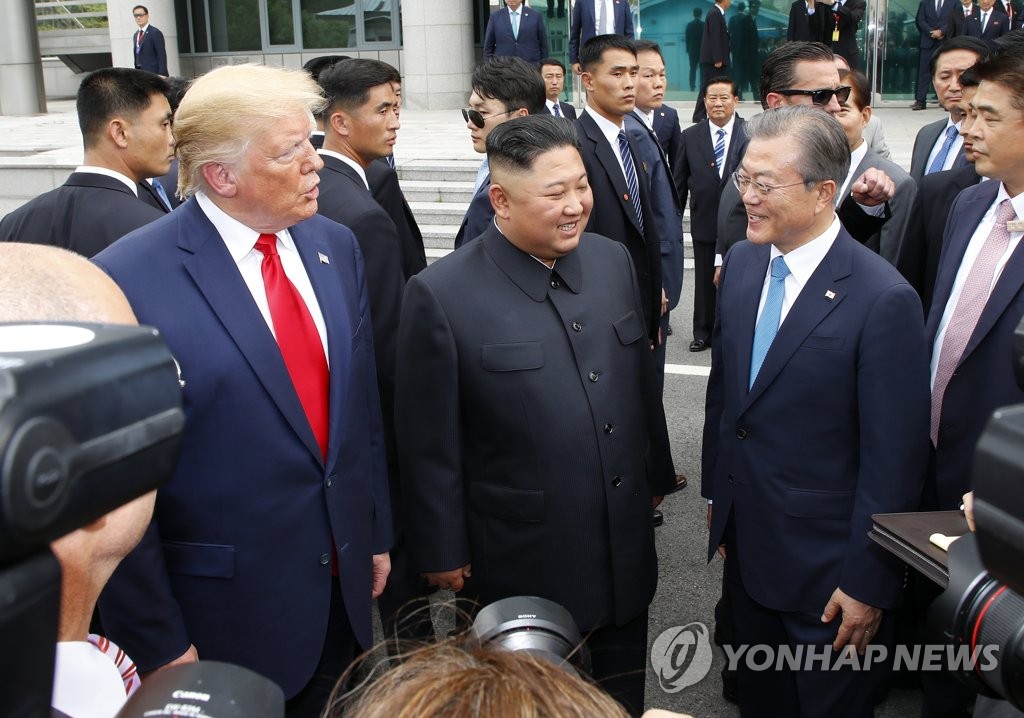