SEOUL, July 1 (Yonhap) -- Until a year ago, Hong In-young, who works at an affiliate company of Samsung Group, never thought of learning something for a hobby as she was exhausted due to endless overtime work.

But since a shorter workweek system, called the 52-hour workweek, was implemented in South Korea in July 2018, her after-work life has noticeably changed.

"Around this time two years ago, I often worked after midnight. But these days, my company strictly manages its employees' working hours," said Hong in her early 30s, who asked for an alias to be used.

"After work, I am usually learning Chinese or doing Pilates. Recently, I am taking a class on how to manage financial assets and make investments," she added.

Hong is one of the South Korean workers who are seeking a balance between work and life since the adoption of the shorter workweek scheme. 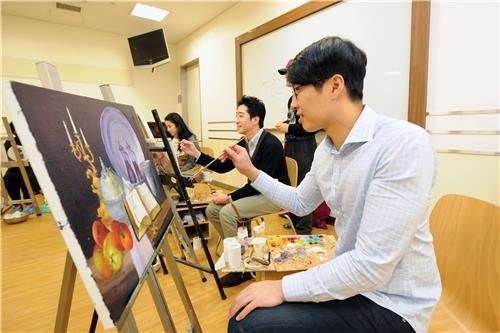 Since July last year, companies with 300 employees or more are obliged to reduce the maximum working time per week to 52 hours from the previous 68 hours.

The 52-hour workweek, one of President Moon Jae-in's main election pledges, is aimed at cutting what are often called "inhumanely long" working hours in South Korea and improving the work-life balance.

"The new workweek helped change the working culture that focused on the quantity of working hours. The scheme puts a priority on improving efficiency and productivity," said Kwon Hyuk, a professor at Pusan National University Law School.

With its implementation coming into one year, the "work-life balance" or "Wolibal" (pronounced wo-la-bel) in Korean, has emerged as a new keyword in a country where hard work has been long cherished as a virtue.

Last year, the average employee worked 1,986 hours a year, marking the first time that the number dipped below 2,000 hours, according to the labor ministry. The Moon government seeks to cut the yearly working hours to the 1,800-hour range by 2022.

To abide by the new rule, large companies adopted various forms of the flexible working schedule scheme. Some prevent workers from physically doing overtime work by automatically shutting down their computers at quitting time.

Kim Yoon-mi (an alias), who works at Hyundai Motor Co., expressed satisfaction with the flextime system.

"When something urgent occurs personally, I can handle it before work as I only have to be at my office by 10 a.m. To complete my work, I concentrate more," she said.

After-work activities have increased, such as exercising and learning hobbies. Spending on private education and entertainment grew at the fastest pace in nine years and seven years, respectively, in 2018, according to central bank data. 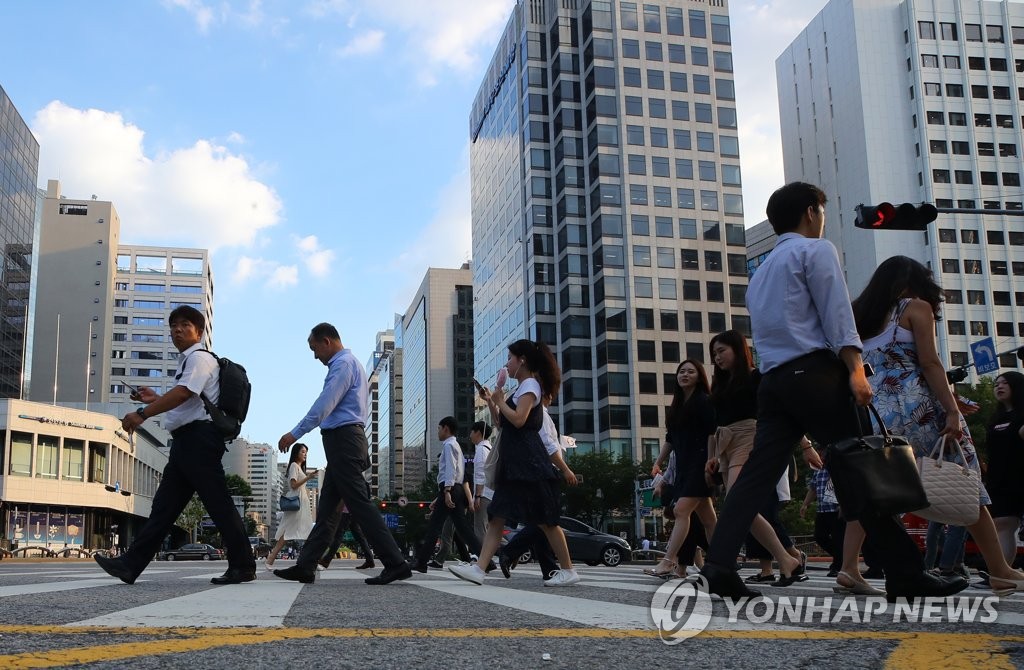 But the new workweek does not only have a bright side.

Park Jeong-wan (an alias), who works at a conglomerate, said he often has to do "unofficial" overtime work at home to meet deadlines.

"My workload has not fallen, but extra work beyond 52 hours is not allowed. As a result, my overtime pay has declined," the 44-year-old man said.

For small and medium-sized enterprises (SMEs), the 52-hour workweek could serve as another burden at a time when they are struggling with steep hikes in the minimum wage and an economic slowdown.

Starting next year, the workweek will be expanded to companies with 50 to 299 employees. Firms with fewer than 49 workers will have to cut the working hours starting in July 2021.

"The biggest problem is that the 52-hour workweek is being implemented as a uniform regulation that does not take into account the features of industries and jobs," said professor Kwon.

"There are also concerns that the division between conglomerates and SMEs could deepen."

Lee Eui-hyun, president of the Korea Metal Industry Cooperative, said SMEs face challenges in bracing for the shorter workweek as new hirings look difficult due to mounting labor costs. They seek to modernize machinery, but that is also not easily done.

"The government's drive for income-driven growth is understandable, but it is a great pain for SMEs to have less work. I think the management and labor should be given an autonomy in setting the working hours through consultations," he said.

The 52-hour workweek has still a long way to go for its soft landing.

Last month, the government announced its decision to give a three-month grace period to bus operators and several sectors that are excluded from the workweek compliance exemption.

In May, unionized bus drivers threatened to stage a nationwide strike over possible income reductions from the shorter workweek. 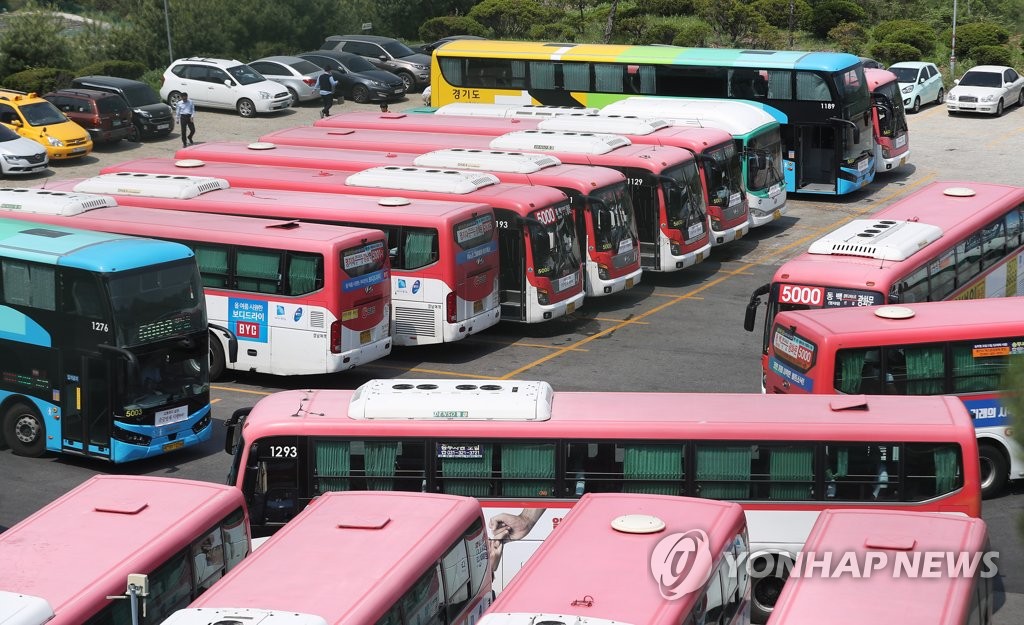 Another bone of contention is the operation of a flexible worktime system.

The scheme calls for adjusting working hours to 52 hours on average within a certain period by allowing workers to work longer when busy and later reduce their working hours with a break.

Previously, the unit period was three months, but the social dialogue council decided in February to extend the limit to six months.

However, a bill to extend the threshold is still pending at the National Assembly amid partisan tensions.

SMEs call for extending the unit period to one year and urge the government to give them a one-year grace period for the 52-hour workweek.

Experts said the country needs to consider various forms of the flextime scheme that can be tailored to industries, such as the discretionary work scheme or white-collar exemptions.

"Reducing the working hours is a step in the right direction," said Park Ji-soon, a professor at Korea University Law School. "But to enhance productivity, we should explore ways to boost flexibility in running the 52-hour workweek."