SEOUL, July 1 (Yonhap) -- South Korean star actor Kim Soo-hyun was discharged from the military Monday, bracing himself for a return to show business.

Meeting with media and fans in front of the Imjingak Peace Bell in Paju, north of Seoul, he thanked his fans for welcoming him. A number of fans from Japan and China, as well as South Korea, came to celebrate his discharge early in the morning.

"I'd been worried a lot over how to spend my days in the military since I joined it at a relatively later age than others, but I think I completed it well," he said. "I don't actually feel that I'm done right now, but I feel relieved."

In South Korea, all able-bodied men are obliged to serve in the Army for about two years. The 31-year-old star had served in a reconnaissance battalion since October 2017.

He said he will come back with a new movie or drama next year.

"I had a lot of worries and thoughts about many things, but right now, I really want to act," he said when asked about his future plans. "Nothing has been decided yet for the coming six months. But I think I can greet you with new projects next year." 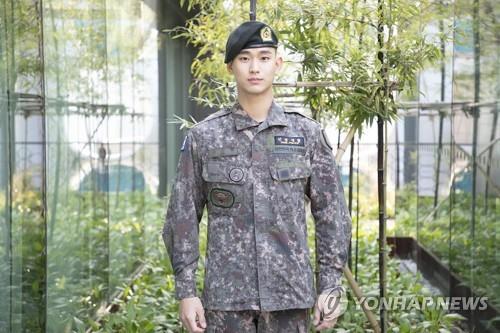 Meanwhile, D.O., a member of the popular boy band EXO, joined the military to fulfill his mandatory military service, according SM Entertainment.

But his enlistment was not disclosed to the press as he wishes to keep it low profile.

Since its debut in 2012, EXO has earned wild global fame with its stylish music and dance performances. On the sidelines of his band career, D.O., whose real name is Do Kyung-soo, has also carved out a solid presence as a TV and movie actor and most recently played the main role in the 2018 film "Swing Kids." 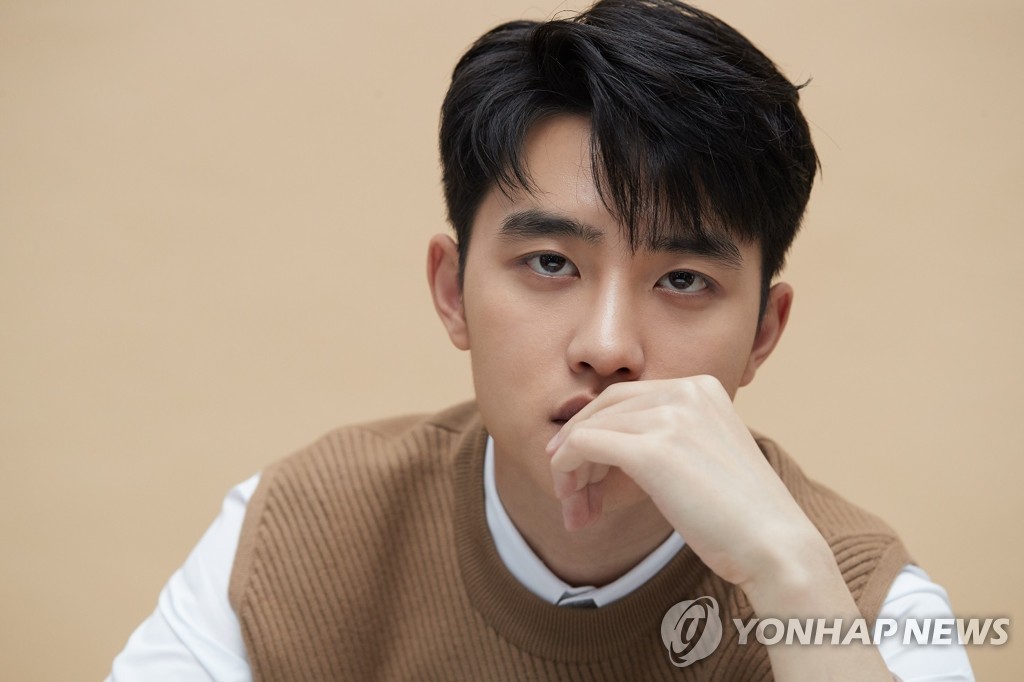