(ATTN: UPDATES with details from gov't meeting in last 4 paras )

SEJONG/SEOUL, July 1 (Yonhap) -- South Korea's trade minister said Monday the government plans to file a complaint with the World Trade Organization (WTO) over Japan's decision to tighten the rules for exports of semiconductor and display materials to Seoul, amid a simmering diplomatic row over wartime force labor.

Sung added the action contradicts not only WTO rules but also global efforts to seek a free, fair and predictable free-trade environment as proposed at the Group of 20 summit held in Japan last week.

"(The government) will continue to communicate closely with local firms to minimize the impact, and will take this event as an opportunity to beef up the competitiveness of the country's parts, materials, and equipment (sectors)," Sung said, adding that Seoul will take all necessary measures including diversifying import sources. 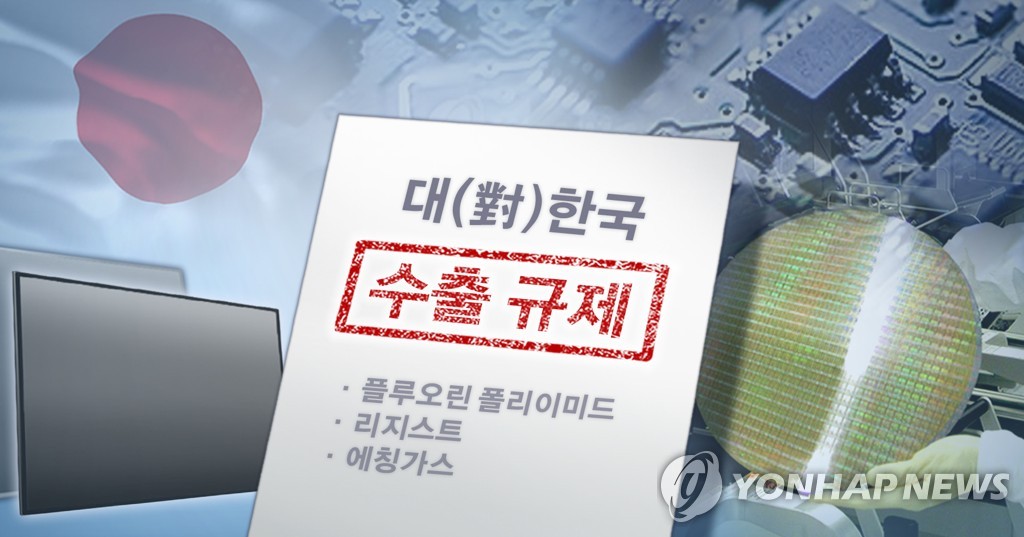 Earlier in the day, the Japanese government said it will strengthen regulations on the export to South Korea of high-tech chemicals used in semiconductor and smartphone production starting Thursday, apparently in response to South Korea's ruling on compensation for wartime forced labor.

Under the new rules, Japanese companies will have to apply for approval for each contract to export specific materials to South Korean clients, including Samsung Electronics Co., SK hynix Inc. and LG Display Co.

South Korean Finance Minister Hong Nam-ki called a meeting with relevant officials to discuss how to respond to the Japanese measure.

Japan didn't explicitly said why it will impose a restriction on shipping such materials to South Korea, but bilateral ties have been further strained since a landmark ruling by Seoul's top court on wartime forced laborers.

Japan has lashed out at the ruling, claiming that the compensation issue was fully settled in the 1965 bilateral accord on normalizing the countries' diplomatic ties.

President Moon Jae-in has said, however, the October ruling against Japan's wartime forced labor means individual rights to damage claims are not terminated under the pact between the two countries. 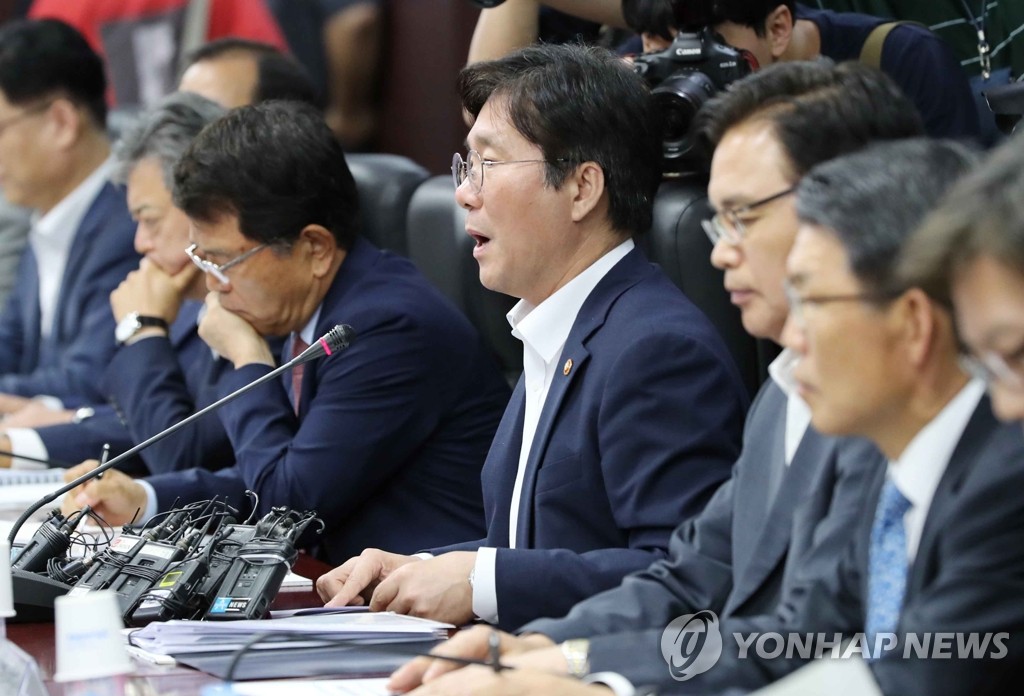 The Federation of Korean Industries released a separate statement on Monday condemning the regulation, claiming the decision will have an adverse impact on economic ties between the two countries.

"The South Korean business community expresses concern over the Japanese export regulation as it could harm the cooperative relationship between Seoul and Tokyo," the lobbying group said.

On Monday afternoon, the industry ministry arranged a separate meeting with business officials from major technology firms, including Samsung and LG, and vowed to make all-out efforts to minimize damage from the export curb.

The government plans to announce a blueprint on bolstering competitiveness of local materials and parts companies in the near future, it added.

During the meeting with the top Japanese envoy in Seoul, Vice Foreign Minister Cho Sei-young expressed "serious concerns and regrets" over the measure and urged Tokyo to retract it.
(END)