SEOUL, July 2 (Yonhap) -- Japan's move to restrict tech material exports is an elaborate scheme to pressure South Korea's key industry amid a bilateral diplomatic row, but the ripples could spread to both sides if the measures are broadly applied and last for a long time, industry watchers said Tuesday.

The Japanese government said it will tighten regulations on exports to South Korea of high-tech chemicals used in semiconductor and smartphone production starting Thursday, apparently in response to South Korea's Supreme Court ruling on compensation for wartime forced labor.

The new rules cover three types of materials, including fluorine polyimide used to make flexible OLED displays, as well as resist and etching gas needed in the semiconductor fabrication process.

Industry watchers say the export curbs could disrupt the supply chain of South Korea's semiconductor and display industry in the short term if the Japanese government deliberately takes its time reviewing the process -- possibly up to 90 days.

"The latest measure is expected to deal a blow to Korean chipmakers because Japanese companies have a dominant market share in the key materials needed for their manufacturing process," Ahn Ki-hyun, a senior official at the Korea Semiconductor Industry Association, said.

"Japan's new regulations do not ban tech material sales to South Korea, but they are expected to complicate the export procedure, and it could create a supply gap depending on how long it takes to review the applications."

Japan produces about 90 percent of the fluorine polyimide and resist, and 70 percent of the etching gas in the world. South Korean companies, including Samsung Electronics Co., SK hynix Inc. and LG Display Co., have been using Japanese products, which are deemed to be of high quality.

The Korean companies declined to comment on contracts with Japanese suppliers, saying they are assessing the potential impact of the issue.

The trade conflict is not expected to cool down any time soon because Tokyo is also considering removing South Korea from a "white list" of countries that can buy Japanese electronic components under a simplified process, which could potentially affect other materials as well.

The rising uncertainties in trade with Japan is putting a burden on major Korean tech companies, which have been already grappling with an industry slump and lingering tension from a trade war between the United States and China.

Analysts said the Japanese measures will have a limited impact on Korean manufacturers in the short term because of existing stockpiles, but a prolonged restriction could force them to rework their supply chain and diversify sources. In that case, Korean suppliers may benefit from increased orders from local companies, which could cut the profit of Japanese companies.

"Japan has a strong competitive edge in the three items, but Japanese companies would find it hard to restrict exports for an extended period because Korean clients account for a considerable share of their earnings," said Eo Gyu-jin, an analyst at eBEST Investment & Securities. "Korean materials suppliers may benefit in the mid and long term if the Japanese measures last for a long time and fuel uncertainty in the local chip and memory industry." 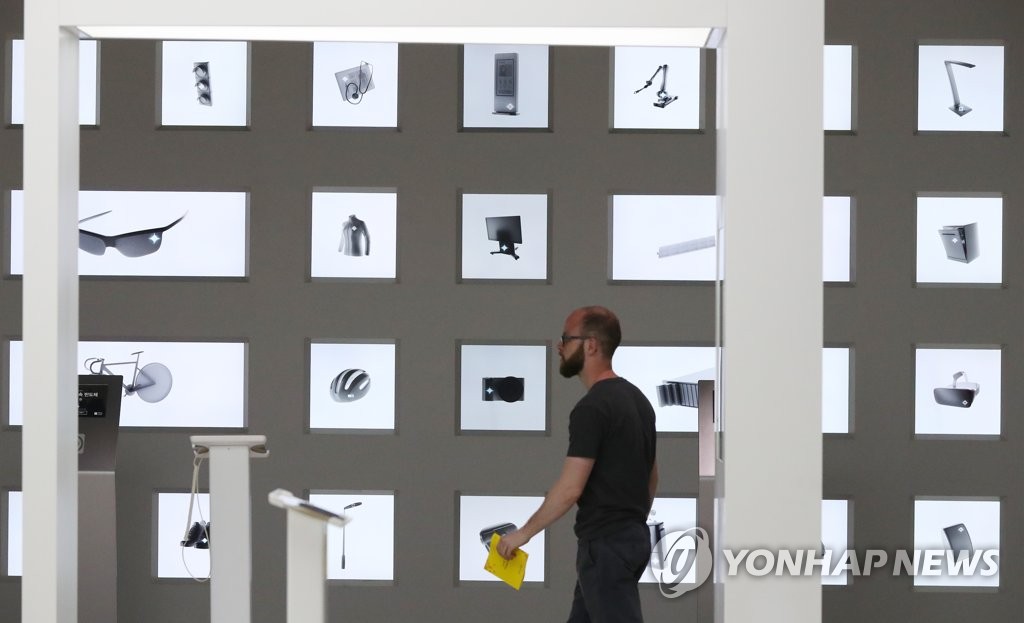 Policymakers expressed regret over Tokyo's decision, which they deemed "economic retaliation" against the forced labor compensation, while stressing the need to develop advanced materials and diversify import sources to secure stable supplies in the future.

The Seoul government said it will take the matter to the World Trade Organization and collaborate with local companies to diversify import sources and minimize fallout from the export curbs.

"We will continue to communicate closely with local firms to minimize the impact and will take this event as an opportunity to beef up the competitiveness of the country's parts, materials and equipment sectors," Industry Minister Sung Yun-mo said Monday.

The government's pledge comes after South Korea's exports decreased 13.5 percent in June from a year earlier, extending their on-year fall for the seventh consecutive month, according to the trade ministry.

The lackluster performance was mainly attributable to the mainstay semiconductor industry, whose shipments fell a whopping 25.5 percent over the cited period to US$8.31 billion due to falling prices of memory chips and weak demand for smartphones, the ministry said.

Some analysts also voiced worries that the negative impact of the Japanese export curbs is likely to spread beyond Seoul and Tokyo to electronics manufacturers around the world because Samsung and SK hynix account for more than 70 percent of global memory chip output.

According to an industry researcher DRAMeXchange, Samsung's global market share in computer memory chips stood at 42.7 percent in the first quarter, while SK hynix accounted for 29.9 percent of the market.