SEOUL, July 3 (Yonhap) -- South Korea's trade ministry said Wednesday it will hold the second round of negotiations with Chile on revising their bilateral free trade agreement (FTA) that went into effect in 2004.

The two-day talks, which will be held in Chile from Thursday, will focus on expanding the scope of free trade and updating terms of the 15-year-old FTA, according to the Ministry of Trade, Industry and Energy.

South Korea and Chile held the first round of discussions for revision in November last year in Seoul.

During the upcoming talks, the two countries are also expected to share ideas on reflecting the latest issues such as intellectual rights, the environment and gender equality.

"We plan to make revisions by reflecting the long-standing economic cooperation with Chile and the changing commerce environment," the ministry said, claiming the two countries will work to take the agreement another step forward by adopting such trends. 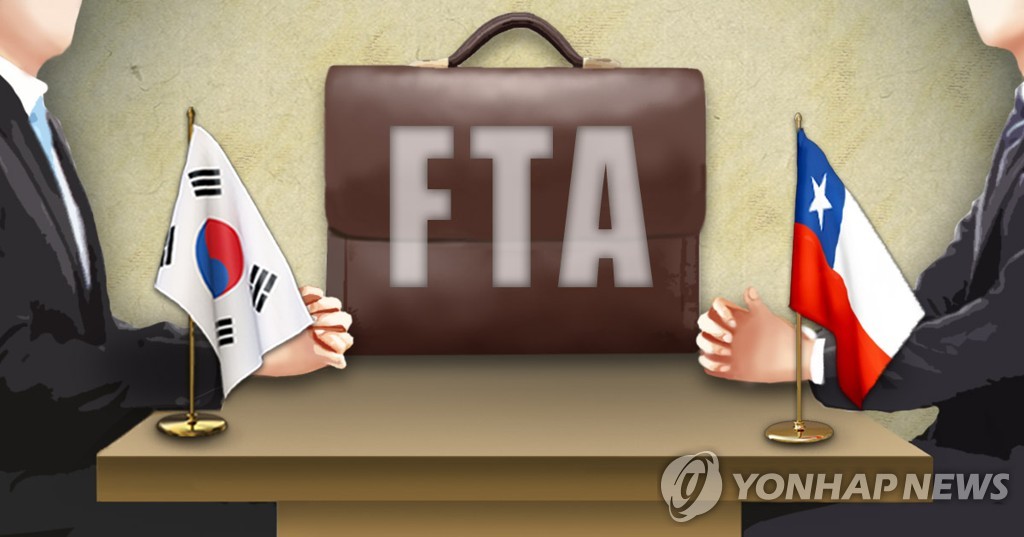 S. Korea to hold 2nd round of talks on revising FTA with Chile

S. Korea to hold 2nd round of talks on revising FTA with Chile