SEOUL, July 3 (Yonhap) -- The South Korean government said Wednesday it plans to invest 6 trillion won (US$5.12 billion) in the development of high-tech materials to ease its dependency on Japanese firms, after Tokyo decided to tighten export rules of such goods to Seoul.

The move came in response to Japan's abrupt announcement earlier this week that it will tighten regulations on exports of high-tech materials used in semiconductor and smartphone production, according to the Ministry of Trade, Industry and Energy.

"We have already completed the feasibility evaluation on the plan to allocate 1 trillion won to the semiconductor materials, parts and equipment segment over the next 10 years, starting 2020," a ministry official said.

"A feasibility evaluation is also in progress for the plan to inject 5 trillion won into fostering the general materials, parts and equipment industries for six years, starting 2021," the official added.

The project is aimed at narrowing the technology gap with Japan in these areas, as Tokyo, citing security reasons, is currently seeking to regulate exports of materials to South Korea that are vital to the tech industries.

Among the three items to be regulated starting Thursday is fluorine polyimide, which is used to make flexible organic light-emitting diode displays.

The other two materials are resist, a thin layer used to transfer a circuit pattern to a semiconductor substrate, and etching gas, which is needed in the semiconductor fabrication process.

As of the January-May period of 2019, South Korea relied on Japan for more than 90 percent of its supplies of resist and fluorine polyimide and for 44 percent of its etching gas, according to the data compiled by the Korea International Trade Association.

Earlier in the day, South Korea's ruling Democratic Party said the government is pushing for intensive investment worth 1 trillion won each year in the development of semiconductor materials, parts and equipment and is conducting a preliminary feasibility study.

The ministry plans to come up with detailed plans to foster the country's materials industry later this month. 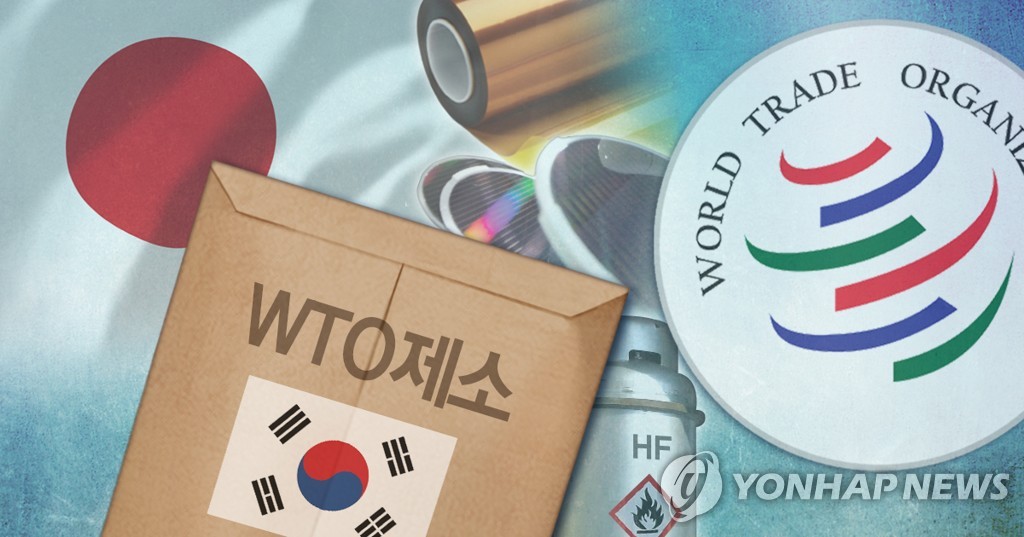