SEOUL, July 3 (Yonhap) -- As the nation is gearing up for next year's general elections, TV networks are moving swiftly to fill their programs with political dramas to catch the eyes of viewers.

KBS' "My Fellow Citizens!" broached the subject in April, exactly a year before the 2020 parliamentary elections.

The comedy drama revolves around a con man, played by Choi Si-won of boy band Super Junior, who runs for a parliamentary seat after unexpected accidents.

It failed to record high viewership ratings but established significant presence by putting politics at the center of a TV drama.

Arriving next was JTBC's "Chief of Staff," starring Lee Jung-jae and Shin Min-ah.

Premiering on June 14, the series has been praised as "well-made political drama" for its realistic and charming characters. Star actor Lee plays a lawmaker's brilliant and capable assistant who tries to become a parliamentary member himself.

Different from past political dramas paying attention to political heavyweights and kingpins, it focuses a spotlight on the thousands of aides and assistants of lawmakers who really move politics behind the scenes.

Starring Ji Jin-hee, the drama is about a scholar-turned-minister who takes the role of president after an unknown terrorist attack on the National Assembly killed the president and most high-ranking government officials at the same time.

The Korean edition of the U.S. series is expected to attract viewers' attention as the country's interim leader has to strike a delicate balancing act amidst highly tense geopolitical issues like North Korean provocations.

It got off to a solid start with viewership ratings of 3.4 percent and 4.2 percent for the first and second episodes, respectively. 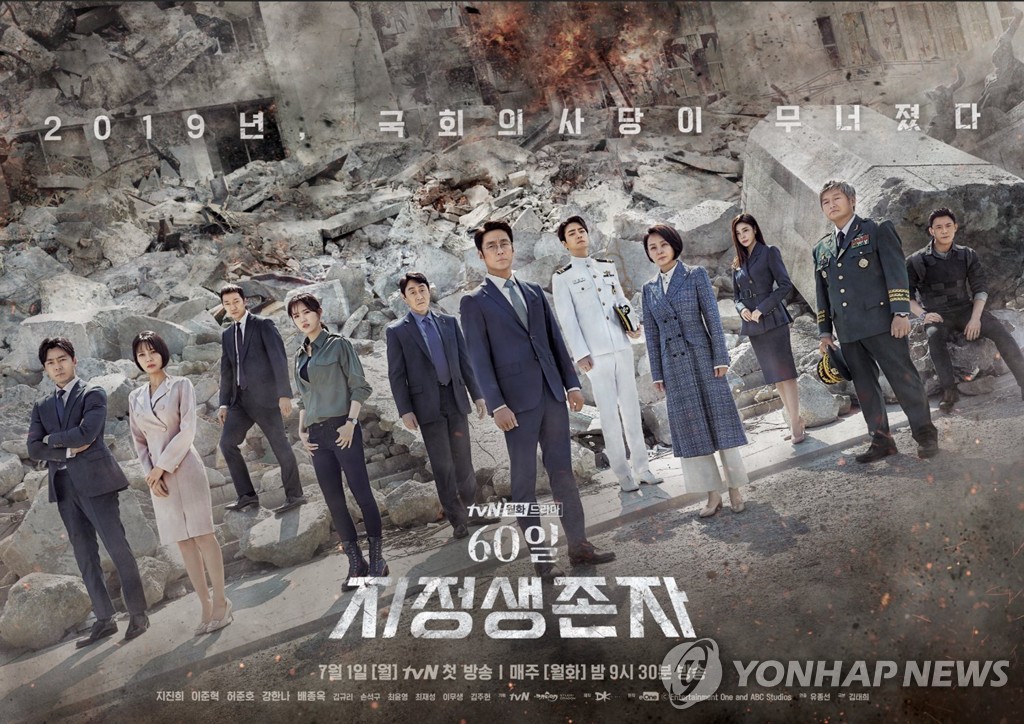 In the latter half of this year, tvN is preparing another political series titled "The Great Show," featuring a former lawmaker, played by Song Seung-heon, who tries to enter the National Assembly again.

Critics say a growing number of people are interested in politics as the election draws closer and amid the recent dynamics of regional politics surrounding North Korea and the United States.

"With the general elections less than a year away, TV channels seem to think that political dramas can bring in higher viewership ratings," Yun Seok-jin from Chungnam National University said.

But he doubted whether such political dramas can find success in a country whose politics in real life feel more like a drama, saying viewers may be tired of watching political debates and quarrels in news programs and dramas as well.

"So, it is uncertain whether these shows will make positive outcome as they want," he added.