The measure reflects Moon's view that the national security office of Cheong Wa Dae is, to some extent, responsible for the security debacle. It raises the possibility of punitive steps against related officials.

Kim is in charge of military-related affairs at the office headed by Chung Eui-yong.

"There's talk of a possible large-scale reshuffle of the national security office in the near future," an official at the national defense committee of the National Assembly said. 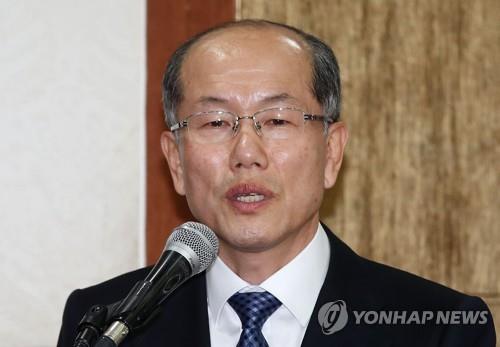 The military has been under fire for failing to detect a small wooden boat carrying four North Koreans until it traveled all the way to the port of Samcheok, about 130 kilometers away from the eastern sea border.

According to the government probe, the 1.8-ton wooden boat left the North's Hamgyong Province on June 8 and crossed the Northern Limit Line (NLL) unchecked about four days later on June 12. A civilian reported to the policy about in on June 15.

The government is also suspected of giving an incorrect account of what happened at the port in an attempt to cover up its border security failure. Defense Minister Jeong Kyeong-doo denied the allegations earlier in the day.