SEOUL, July 4 (Yonhap) -- North Korea has given no response yet to South Korea's offer to send a group of businesspeople to visit a shuttered joint industrial complex in the North's border town of Kaesong, a unification ministry official said Thursday.

In May, South Korea gave the green light to the businesspeople, who operated factories in Kaesong, to visit the park to check the condition of the equipment they left behind when the complex was abruptly shut down in February 2016.

"North Korea is a little passive on this in the current situation," the official said. Asked to elaborate on what "passive" means, the official said the North hasn't given any particular response to the South's proposal yet.

"The government will continue to consult with the North," he said.

If approved by the North, the trip will be the business leaders' first visit to the complex since the shutdown, which was decided on by the then-Park Geun-hye administration in retaliation for the North's nuclear and missiles provocations. 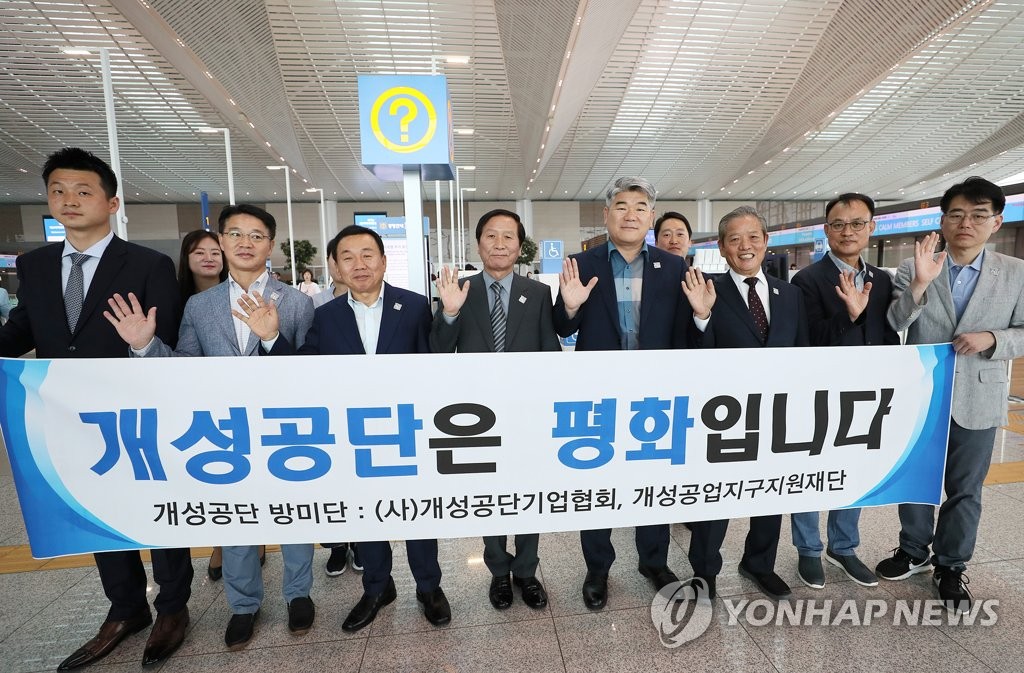 No notable response from N. Korea on businesspeople's Kaesong visit

No notable response from N. Korea on businesspeople's Kaesong visit