SEOUL, July 4 (Yonhap) -- The defense ministry denied a news report Thursday that it is considering holding joint events with North Korea next year to mark the 70th anniversary of the outbreak of the 1950-53 Korean War.

"It is an idea floated by private organizations ... The ministry has not considered and is not considering such a joint commemoration," Defense Ministry Spokesperson Choi Hyun-soo told a regular briefing, referring to the newspaper report.

The ministry commissioned private entities to write a report on how to mark next year's event, and an inter-Korean joint commemoration was just part of it, not an official stance or the government's plan, she added.

The Korean War broke out on June 25, 1950, when North Korean troops, backed by the Soviet Union, invaded the South. The United States and 20 other allied countries fought alongside South Korea under the United Nations flag, while China helped North Korea.

The war killed more than 178,000 South Korean and U.N. soldiers, and more than 28,000 still remain missing. It ended in a truce, not a peace treaty, leaving the two Koreas technically in a state of war. 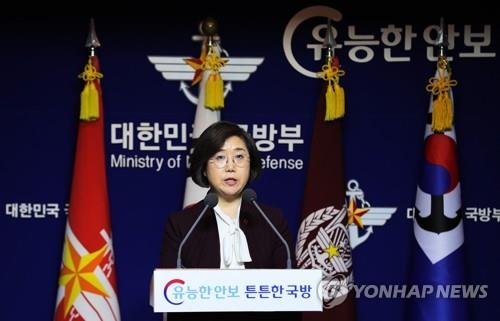