Smolinski will replace Christian Bethancourt in the Dinos' lineup. Bethancourt was waived by the Korea Baseball Organization (KBO) club on Wednesday, after batting .246/.308/.404 with eight home runs and 29 RBIs in 53 games in his first season here. 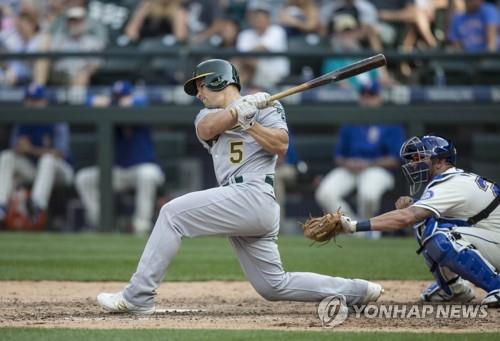 KBO clubs can each carry up to two foreign pitchers and one foreign hitter. On Wednesday, the Dinos released Eddie Butler and brought in Christian Friedrich, who will join Drew Rucinski in the rotation.

The Dinos said they liked Smolinski's on-base skills and his range in the outfield.

The Dinos are currently holding on to the fifth and final playoff spot at 40-42, only two games up on the surging KT Wiz, winners of seven straight games.