SEOUL, July 5 (Yonhap) -- In South Korea, the popularity of high-profile musicals is so great that serious fans face a fierce online ticket battle to clinch a front-row seat in a big theater.

As it requires perfect timing and skill, buying a ticket for a blockbuster musical, even disregarding the high price, is practically out of reach of those who want to dabble in theatrical performances or casually enjoy big-name shows.

But there is good news -- casual fans were this week able to catch the musical "Xcalibur," the Korean edition of the world-famous "Artus-Excalibur."

It is one of the most anticipated shows of the summer vacation season, with a star-studded cast that includes musical actor Kai, JYJ's Kim Junsu and Seventeen's DK, as well as glamorous costumes and stage settings. Opening June 15, it runs through Aug. 4 at the Sejong Center for the Performing Arts in Seoul. 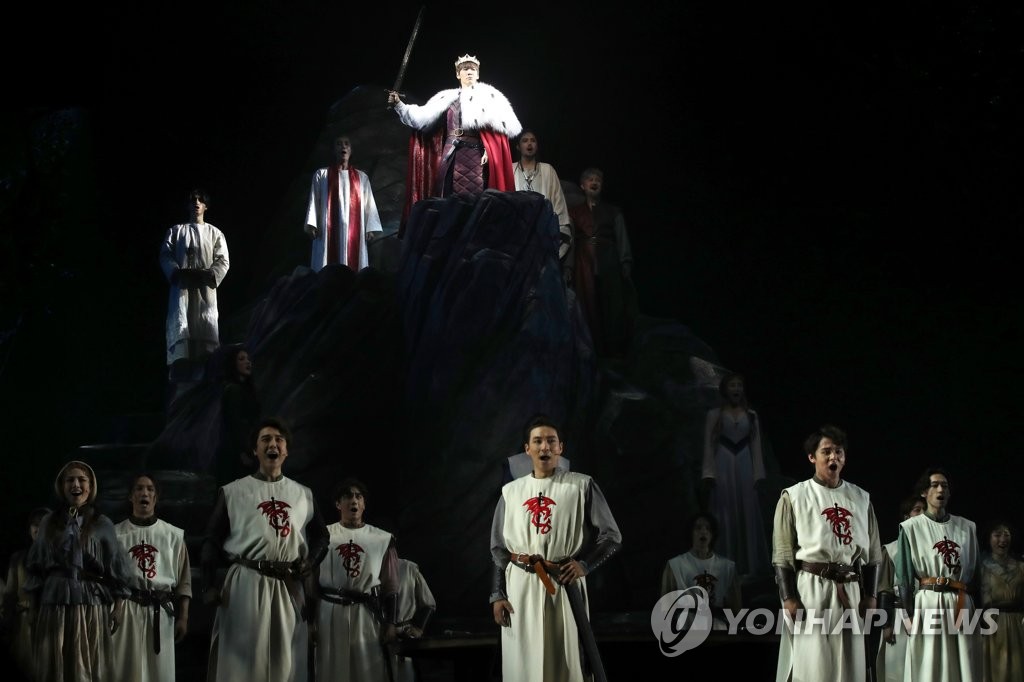 As part of its "SAC on Screen" project, Seoul Arts Center broadcast "Xcalibur" live on Tuesday in 11 community centers, local libraries and town halls in seven cities and regions including Seoul, Namyangju in Gyeonggi Province and Hwacheon in Gangwon Province.

Established in 2013, "SAC on Screen" is the center's non-profit program that offers cultural opportunities to underserved communities to create art-appreciation habits among even those who live in remote villages.

It is the first time that Seoul Arts Center, known for classical music and opera performances, has relayed a pop culture production staged by another theater. It used high-definition cameras and a jib to shoot realistic images of the big-budget performance, as well as a high-end audio system.

Some 2,500 tickets were open to locals who wanted to watch the show in their neighborhood.

"We tried to provide live streaming to make audiences feel like they are actually in the theater," said an official from Seoul Arts Center. "And we attached subtitles for the dialogue and lyrics as well to help people enjoy the show."

He said the center plans to broadcast the family comedy drama "Papa Hen" and the blockbuster musical "Hero" on July 13 and Aug. 20, respectively. 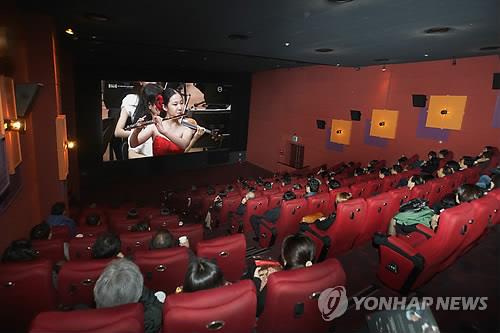 The project has screened 33 operas, ballets, classical concerts and plays since its launch in 2013, attracting a combined 430,000 theatergoers as of May, according to Seoul Arts Center.

"SAC on Screen" also has a YouTube channel with hundreds of full-length videos and highlights of orchestral concerts, famous operas, piano recitals and ballet performances staged in Seoul Arts Center.

"We are planning to broadcast music concerts live on YouTube too in the future," said the official.

The project is a rare chance for overseas audiences to experience Korean arts and concerts. It has screened high-quality South Korean performances for residents and overseas Koreans in 29 countries, including France, Nigeria and China.