SEOUL, July 6 (Yonhap) -- With a fresh, reconciliatory mood in the air following a historic meeting of leaders from the Koreas and the United States, Seoul's top football official is ready to renew his push for co-hosting of the 2023 FIFA Women's World Cup with North Korea.

"Football is stronger than you may think," Chung said. "Holding the Women's World Cup here will help pave the way for peaceful inter-Korean exchanges, and also foster balanced growth of sports on the peninsula."

Chung said he believes "it's entirely possible" that the Koreas can co-host the tournament. For that to happen, Chung said the peace mood between the Koreas is "the most important" prerequisite. And from that perspective, the landmark meeting among South Korean President Moon Jae-in, North Korean leader Kim Jong-un and U.S. President Donald Trump at the inter-Korean border last Sunday carries huge significance, Chung added. 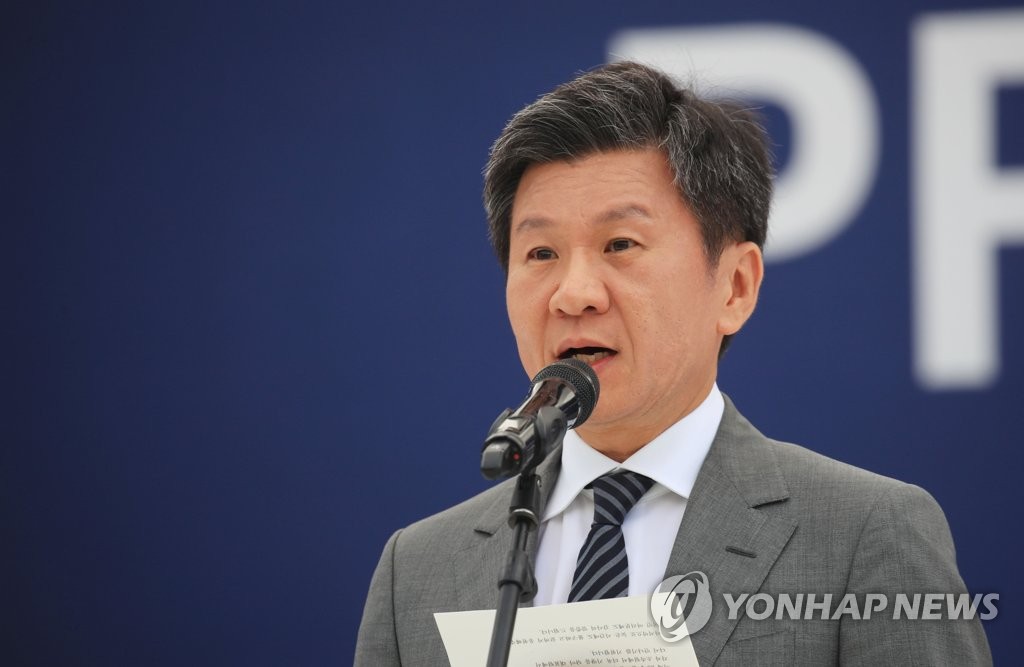 "Now that there's been a turning point for peace on the Korean Peninsula, talks for co-hosting the Women's World Cup could gather some momentum quickly," he said. "Our government is fully supportive of this initiative, and we can expect changes from the North Korean side as well."

Chung was referring to the stalled discussions on the joint bid from earlier this year. In March, South Korea and North Korea formally expressed their interest in co-hosting the tournament. But a month later, South Korea submitted a sole bid for the event to meet the deadline, citing lack of prior coordination with North Korea.

At the time, the KFA left room for future discussions with North Korea, and Chung believes the window is now open.

"FIFA has high expectations about the Koreas co-hosting (the Women's World Cup)," Chung said. "FIFA President Gianni Infantino has expressed hopes of a joint Korean World Cup since 2017. In March this year, President Infantino even said the pan-Korean World Cup would be great."

The host nation for the 2023 tournament will be determined in March next year in a FIFA vote. Should the Koreas win the World Cup hosting rights, Chung thinks it will also have a positive impact on a joint Seoul-Pyongyang bid to co-host the 2032 Summer Olympics.

Chung said he was aware of concerns about football infrastructure in North Korea but argued that those issues can be resolved by joint efforts from FIFA and regional football organizations, plus governments and football federations from both sides of the border. Plus, since hosting the World Cup will require North Korea to improve its current facilities or build new ones that meet international standards, it can only help their football programs well after the tournament, Chung said. 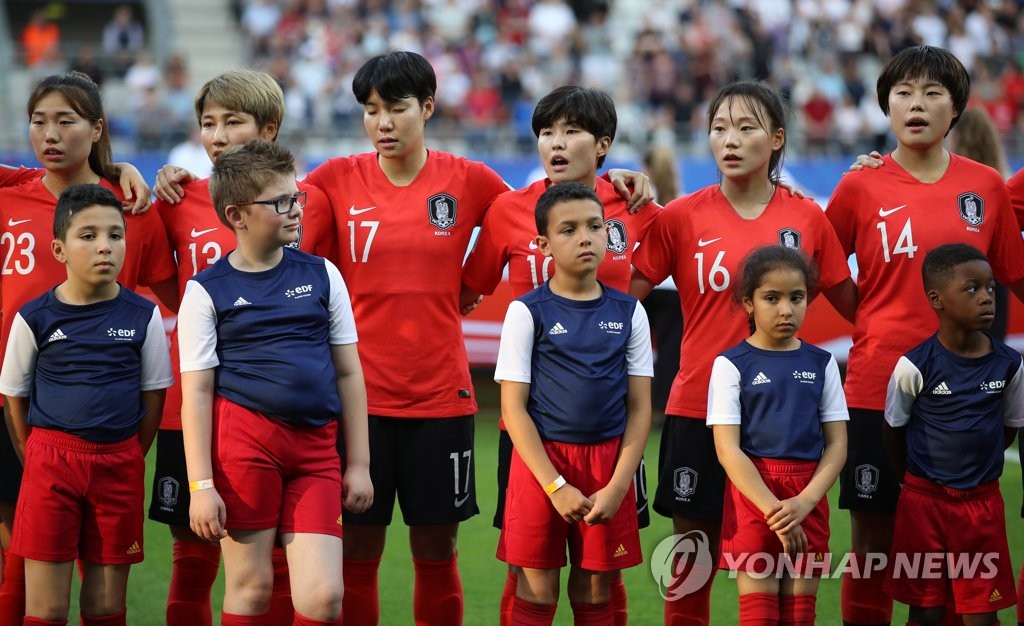 "North Korea has huge potential to emerge as the leader of Asian women's football," Chung added.

South Korea has no such problems with its infrastructure, having co-hosted the 2002 FIFA World Cup with Japan and also staged the 2007 FIFA U-17 World Cup and 2017 FIFA U-20 World Cup.

"By using stadiums and training facilities already in existence, we can operate a low-cost, high-efficiency tournament," Chung said. "Over the past five years, aside from football competitions, South Korea has also hosted the Summer Universiade in 2015 and Winter Olympics in 2018. In terms of transportation and security, among others, we have excellent operational infrastructure."

Chung is scheduled to travel to France later Saturday to attend the final of this year's Women's World Cup. The Netherlands will take on the defending champion United States, the only non-European team among the final eight. 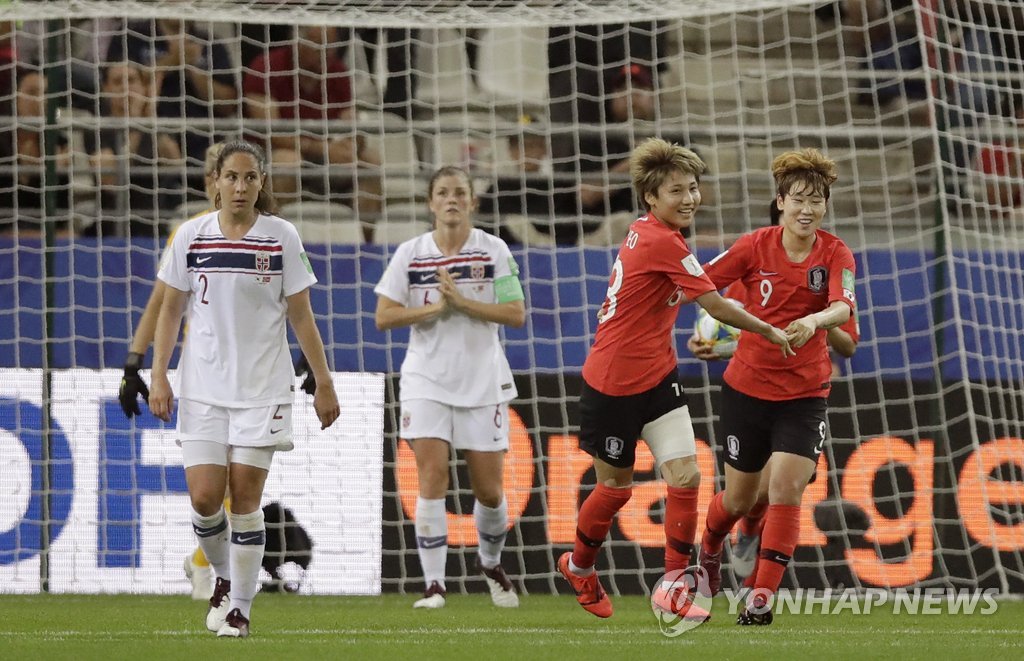 In contrast, no Asian team went past the round of 16. Chung said bringing the Women's World Cup back to Asia for the first time since China hosted it in 2007 will help narrow the gap between the continents and also help take the Koreas to the next level.

In 2016, North Korea won both the U-17 and U-20 Women's World Cups, and their senior women's team has won three Women's Asian Cups and three East Asian championships.

"We have shown promise on the global stage, and North Korea also boasts strong women's programs," Chung said. "Both of us should be able to field competitive teams at the 2023 World Cup, and that will help raise the profiles of our national teams and also grow the game at the grassroots level."