SEOUL, July 6 (Yonhap) -- T.O.P of South Korean boy band BIGBANG was released Saturday from his alternative military service, which had turns and twists due to a marijuana conviction.

BIGBANG's main rapper, whose real name is Choi Seung-hyun, started his two-year mandatory military service as a conscripted police officer in February 2017. But the 32-year-old was kicked out of the police four months later after he was discovered to have smoked marijuana multiple times in 2016.

In July 2017, T.O.P was found guilty of smoking weed and received a 10-month jail term with a two-year probation, and he was placed as a public service worker at Yongsan Ward Office in central in January 2018.

T.O.P's release from military service comes at a tumultuous time for his five-member boy band and talent agency YG Entertainment amid a widening probe into a nightclub associated with its former member, Seungri.

Seungri, who hasn't completed his service, was dispelled from the band and YG Entertainment after a nightclub associated with him came under investigation over drug use and sexual abuse. 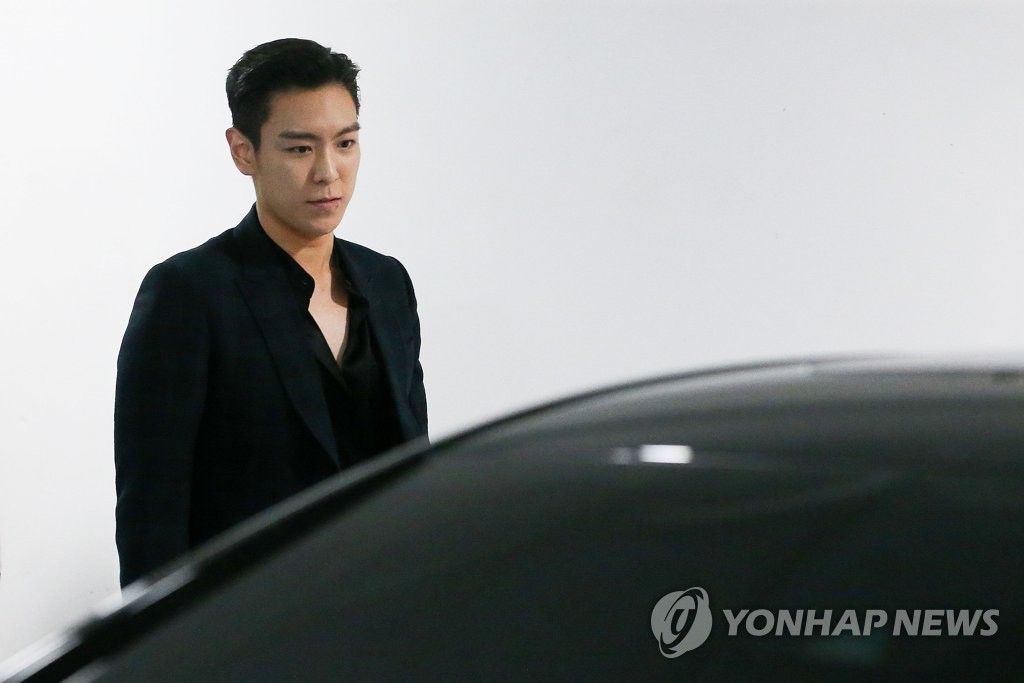