The Korea Baseball Organization (KBO) on Monday announced the starting lineups for the annual All-Star Game. And Romak, a third-year first baseman for the SK Wyverns, led all players with 49.63 voting points. 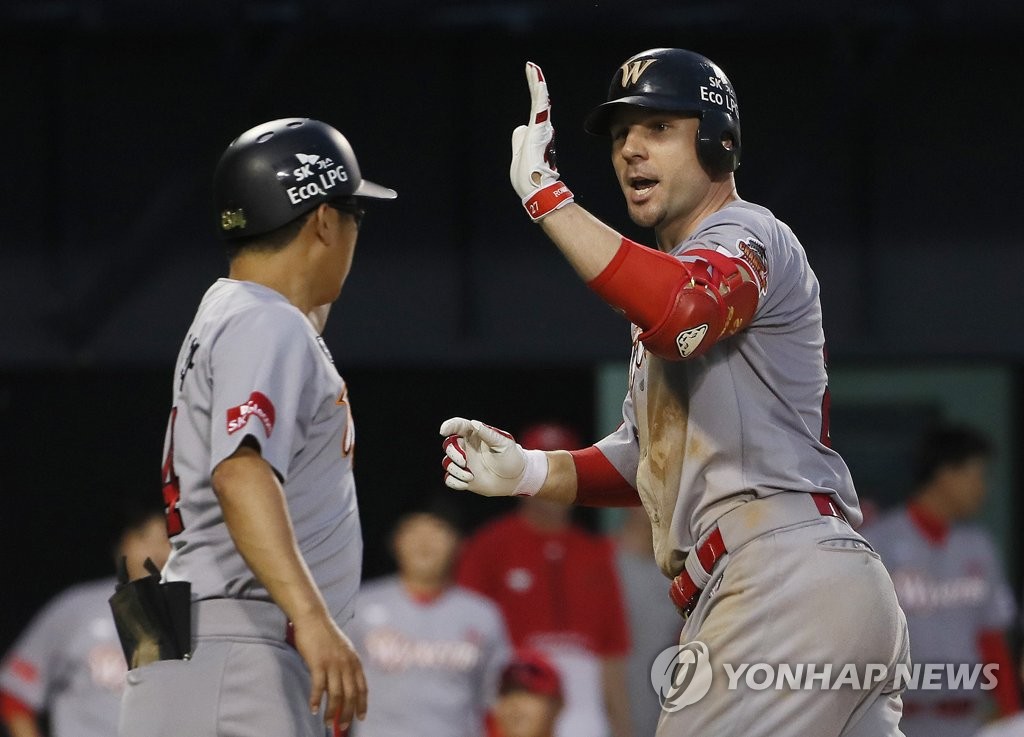 LG Twins outfielder Kim Hyun-soo led everyone in fan votes with 574,394 but garnered 189 votes from fellow players, which gave him 49.61 points.

Players from the Wyverns will be joined by those of the Doosan Bears, Samsung Lions, KT Wiz and Lotte Giants for the Dream All-Stars. Their opponents, the Nanum All-Stars, will feature players from the Twins, Kiwoom Heroes, Kia Tigers, NC Dinos and Hanwha Eagles.

The All-Star Game will be played at Changwon NC Park in Changwon, 400 kilometers southeast of Seoul, on July 20. The new home of the Dinos opened this year.

Romak is tied with SK teammate Choi Jeong for the KBO lead with 20 home runs this year. Romak finished second in the KBO in that category last year with 43 home runs. And in 2017, after arriving in midseason, Romak belted out 31 home runs in just 102 games.

Romak will be one of six Wyverns in the starting lineup for the Dream team.

Choi will start at third base for the third consecutive year. Left-hander Kim Kwang-hyun was voted in as the starting pitcher, and setup man Kim Tae-hoon and closer Ha Jae-hoon also earned the All-Star spots. Outfielder Ko Jong-wook will be making his first All-Star Game start. 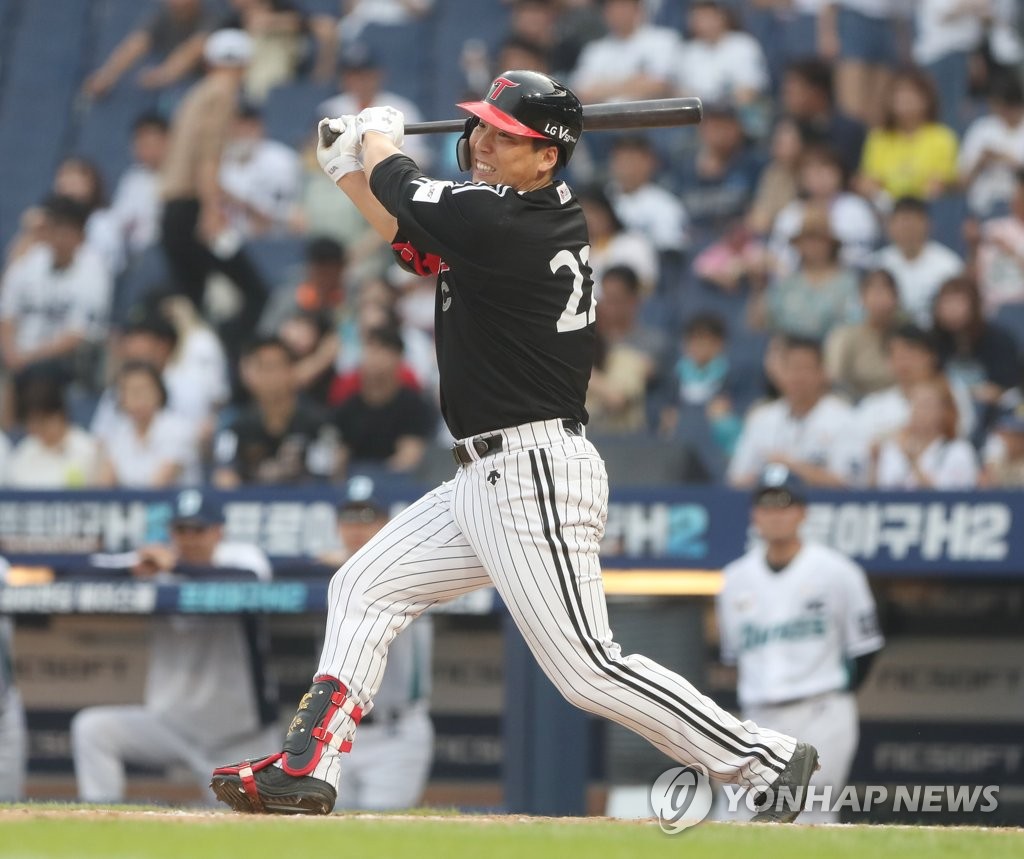 The Lions will have three players in the starting lineup, with catcher Kang Min-ho, second baseman Kim Sang-su and outfielder Koo Ja-wook.

Kim previously made three All-Star Game starts as shortstop, and this is his first selection in his new position.

The Bears will have shortstop Kim Jae-ho and designated hitter Jose Miguel Fernandez. Outfielder Kang Baek-ho was voted in as the lone starter from the Wiz, though he's rehabbing a hand injury that will keep him sidelined until well into next month.

The Dinos catcher Yang Eui-ji had the most votes from peers with 221, and he's one of two starters from his team, alongside second baseman Park Min-woo. Yang started the past three All-Star Games for the Dream team while he was still with the Bears.

In all, there were 11 first-time All-Stars in the two lineups.

Among this year's starters, Kang Min-ho, the Lions' catcher for the Dream team, leads everyone with his ninth selection to the starting lineup. He was voted to the All-Star team from 2007 to 2013, and again in 2015, all of them while he was playing for the Giants.

The Dream team will be managed by SK skipper Youm Kyoung-youb, and the Eagles' boss Han Yong-duk will manage the Nanum team.

The two managers will announce their selection of 12 reserves each Thursday. 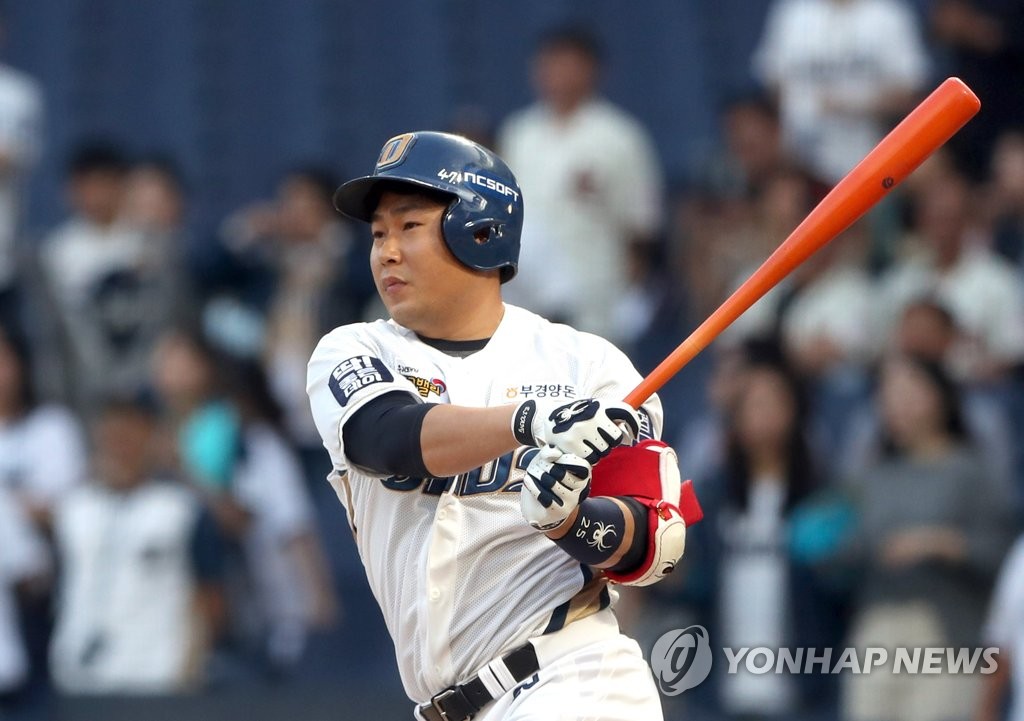