Lee met with To Lam, the visiting Vietnamese minister of public security, at his office.

"It's very regrettable," he told the minister and said he is sorry for the incident.

The minister was on a visit to Seoul for talks with Min Gap-ryong, commissioner general of the Korean National Police Agency, which were scheduled before the news reports of the assault. 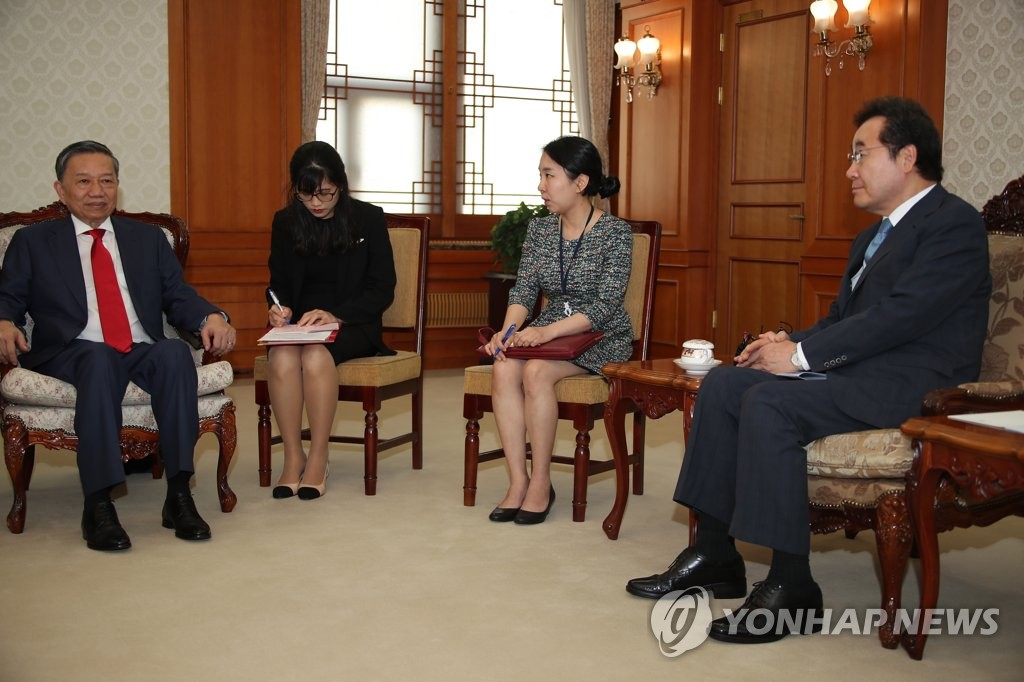 Min vowed to conduct a thorough investigation into the case. It made headlines in both countries over the weekend, after a video went viral of a 36-year-old Korean man punching and kicking his Vietnamese wife in the presence of their two-year-old son.

The man, a resident of Yeongam, South Jeolla Province, about 390km south of Seoul, reportedly beat his wife for three hours last Thursday for not speaking Korean well before being put under emergency detention. 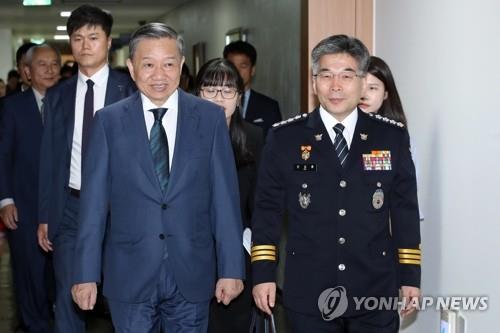 Min said, "It is very regrettable that a Vietnamese marriage migrant woman has recently been victimized by domestic violence. I promise a thorough investigation and rehabilitation for the victim." 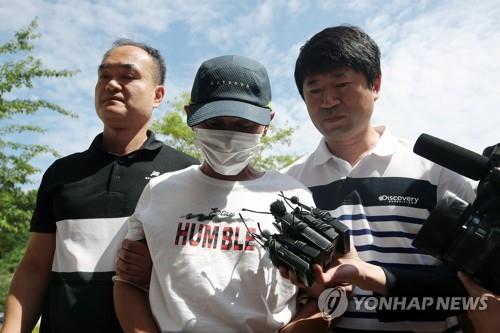 In response, the minister expressed gratitude to Min for paying particular attention to the Yeongam assault case and asked that the case not exert a negative effect on the relationship between the two countries, according to police officials.

He argued during his arrest warrant hearing at the court that he has long harbored ill feelings towards his wife due to their different languages and ways of thinking.

"South Korea looks forward to cooperating more closely with Vietnam in the fight against international crimes, such as illicit drugs, cybercrimes and terrorism," Min said.
(END)