SEOUL, July 8 (Yonhap) -- Japan has restricted exports of high-tech materials to South Korea due to a "collapse" of mutual trust, Tokyo's ambassador to Seoul was quoted as saying Monday.

Ambassador Yasumasa Nakamine, however, said his country is not seeking the suspension of exports beyond the removal of preferential treatment for South Korea in the exports of certain materials, according Rep. Yoon Sang-hyun of the main opposition Liberty Korea Party.

The two met at the National Assembly earlier in the day. Yoon is the chairman of parliament's committee on diplomacy and unification.

"The ambassador said (Japan) is strictly handling the exports of core materials because bilateral trust has been impaired. But (he said Japan) does not intend to suspend exports," Yoon told reporters 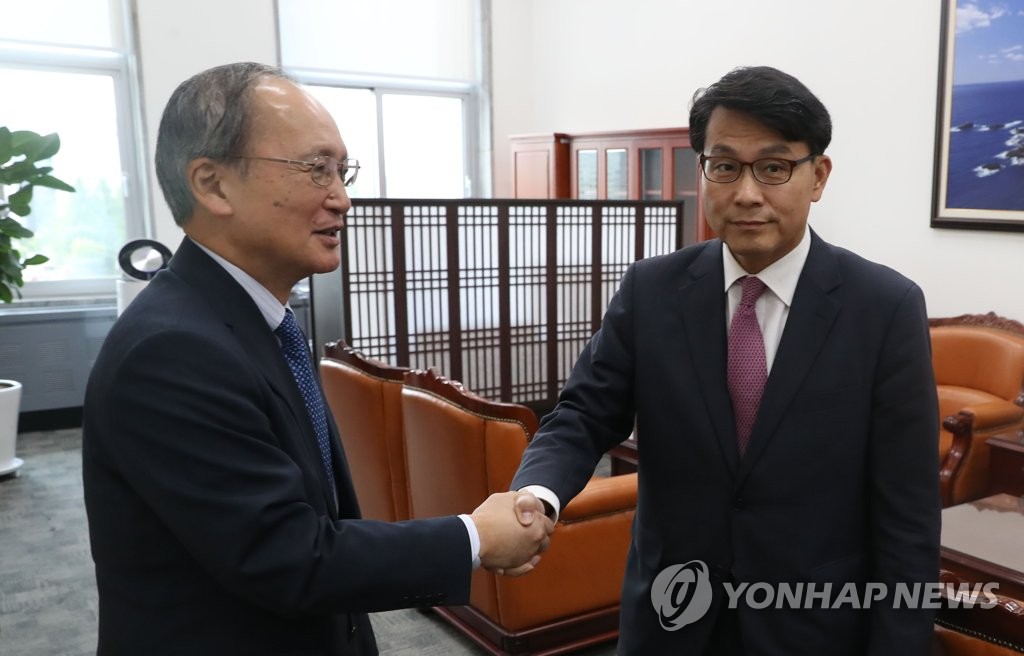 South Korea earlier proposed to Japan that companies from both nations set up a joint fund to compensate the victims. Japan immediately rejected the offer. The envoy said if the South comes forward with an "advanced" proposal, it may be possible for Tokyo to accept it and resolve the dispute, the lawmaker said.

Japanese ambassador: Export restrictions due to 'collapse' of mutual trust

Japanese ambassador: Export restrictions due to 'collapse' of mutual trust